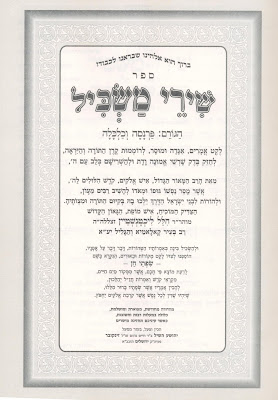 We're used to the Reb Hillel Kolomayer the zealot, the one who poured fire and brimstone, who called all those who deviated just a bit heretics and worse. But here we see a different RHK. One who traveled around and tried to be machzir BiTshuveh those who had strayed far and had transgressed the basic tenets of Judaism. Those who had their minds filled with heresy on a daily basis. And what's more is that he used very advanced PR tactics to get the masses - who were clearly not interested in what he had to say - to come and hear his words of rebuke and encouragement. He also would cater his words to the crowds he would address, not using the same harsh words he would use in one place - say, Satmar, for example - as he would in a place like Chernovitz, where the Haskalah had make great inroads. You might even say that the trick he used in Chernovitz, telling people that he would annul the cherem deRabbeinu Gershom, was a bit um, below the belt, if you know what I mean, using a very common human weakness to get people to come hear his words. Sounds a lot like today's tactics which some people condemn sooo strongly... 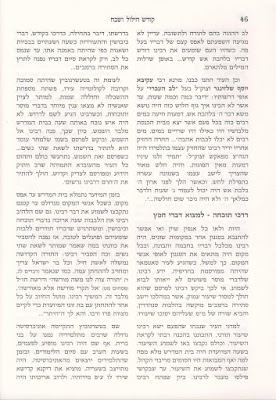 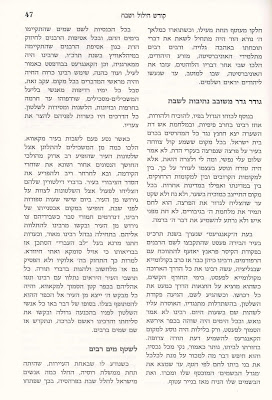 Hirshel
I envy your sources, Its Reb Hilel Kolomayer in a total different light

As an Eir Einikel of R' Hillel, Thanks! The new edition of Shirei Maskil is btw beautifully done and the range of haskamahs given (many by R' Hillel's descendants) is unusual.

By the way which Hillel Lichtenstein made aliya and became a Religious Zionist?

Schneur,
You probably read the articles of Michael Silver regarding the Zionism of Reb Akiva Yosef,that he was pro Yishuv and pro Hebrew as the official language for Klal Yisroel,but the question is how would he react when the Herzel school of Zionism came in to the picture, would he find excuses for their non religousness as Rav Kook or Rav Tiechthal?

It is very interesting indeed. But in our day, at least as I see it, all those who are involved in kiruv -water down- and -white wash- mitzva observance in order to make make it more palatable to potential BT.

But after doing this for many years the kiruv guy or org. themselves become sort of watered down. This I say is in general terms but for Chabad in particular.

It seems to me from reading this piece that this is NOT what RHK doing; or am I missing something.

Although I agree Hirshel is pointing to something that at least shows a different aspect of RHK. [nice scoop]

It must also be noted that not all talmiday chasam sofer were so 'radical' as RHK. There were open disagreements between RHK and others such as the MaHaRa"M Shick in dealing with neologs etc and masikilim.

Great scoop.
It has to be made clear once for all, that this shita of just hating every Jerw that is different is a new invention, it never existed in this form. Not even Reb Hillel woked according to those lines.
Keep it up.
Hatzlacha.

Yosef 718
I will take any vetrean Chabad shalich that is the longest in the field of Kiruv(should of been washed out to be Frie) and compete with any alte chasidisher yid may it be Ger Or Viznitz.
take, Korf of Miami, Shemtov of Detroit,Feller of Minnesotta, Cunin of California, Sodak of England and Lazar of Italy etc.. Chasidisher Yiden that sacraficed their life Lehokim Shechinta Meafra, and their comes a shnook from the 718 area code al Sir Habosor and throws a blank statement, what a chutzpa

don't mess with cunin from CA, he's in touch with the man who runs the world......

he would like to succeed him too."
I would agree with you on that.The man is a vilder tzudrater meshugene (which is probably the main contributing factor to his success) but on the other hand a nochosh urum mekol chayos hasudeh who thinks that that he is the great infallible one since he was appointed to his shlichus by the Rebbe.Our relationship goes back to our high school days at Bedford and Dean.
Hirshel
Some bad news and good news.The bad news is our mutual friend had a heart attack a little over a week ago.The good news 1)He got back from the hospital yesterday and feels much better.2)His older son just became a Choson.

I stand by my observations.

My main point is what it is essential to kiruv is to make it palatable and it seems to me that RHK didn't do it.

I never doubt that the sheluchim are moser nefesh for the cause. I just think it has a price and it also requires by definition, to sugar coat the rough edges of strict halacah.

I don't admire this kind of work by nobody. I don't subscribe to it, and I believe that this was not the Besht's way. You have a right to disagree, but you can't lord of me on a thing that I don't believe is something that is demanded of us.

Just as you won't admire the Reform Mohel who risked his life in the Scotland storm to make a bris in a remote place. Why? because according to most poskim the boy needs again hatofas dam bris a bris by a reformer is not a bris. For me its meaningless as Gandi fasting a million days.

No Chabad is not reform, chas ve'sholom! At the same time you can't boast to me on something that I believe is not the Tzav Hashoh. Virtually all kiruv work is suspect in my eyes.

I also believe that I reflect what most gedoley yisroel held in our time and in all time.

so there you have it, now back to your insults

Valley boy,
the Tzadikim are running the world according to my Chazal and all seforim afterwards, its a free country you have the option to a be a Maskil and Kofer in Chazal, but Cumin did not invent it

I don"t see the reason of opening a faucet of Loshen Hora and Rechiluson Rabbi Cunin.
whatever his attitude is with his social skills is irrelevant to the discussion if he is still a Chasdisher Yid after 40 years in LA

Any source for that?

Poor Hashem, has anyone told him that he is not in charge anymore?

"he is still a Chasdisher Yid after 40 years in LA"
It depends what your definition of "Chasidisher Yid" is.
His ruthlessness in dealing with various Shluchem and others who do not tow his line does not render him a"Chassidisher Yid" in my book.

Yosef 718
"to sugar coat the rough edges of strict halacah"
where exactly do you see sugar coating of Halacha, by calling up to a sefer torah a Mechalel Shabbos, that most of Hungary did anyway eventough all poskim are trying to asser it?
who in todays day and age doesn't look to kiruv as the Tzav Hasho?
The biggest fund raising events with the participation of all Gedolie Yisroel in Israel are for Lev Leachim and Shuvu in the USA.
I personally am not bothered by your admiration choices, but I see that you negative view on this subject will get you to write and twist all the facts to the cause you decided is the Tzav Hasho

Anon 3
I mean Chasidisher Yid what people like Yosef 718 considers a Chasidisher Yid,A Medakdek Kala Kebachmura in Orech Chaim and Yoreh Deiah. The stuff you are talking about, is stuff that even Chassidic Rebbes are doing on a daily basis.

Yosef 718
"I believe is not the Tzav Hashoh"
it is like saying the mitzva of Lelamad is irrelevant, why because they are not wearing Biber Hats?it is limud veharbotzas hatorah on the biggest scale.

Yosef 718
"I believe that this was not the Besht's way"
I can bring you a lot of quotes of the early Talmidie Habseht about Kiruv Neshomas (they didn't use yet the modern term of kiruv rechokim )plus that the Tzadik has a Avoda to step down from his Madriegas to help a other Yid, it is one of the pillars of the chassidishe seforim I saw,but this post is not the place for that.
After getting a deeper look in to Rebbes like the holy Reb Aron Hagodel that chasidim have a Kabola that he returned 84,000 Balie Teshuva. You can learn that Rebbes were involved in the down and dirty work of Kiruv Rechokim, in the karliner sipurim you see that the avieros were real hard core sins as a whole town were swinging the women, and he got involved to get the divorces etc.. and many times there were Shochtim and Rabonim invoved in these kind of HD avieros, he didn't sit in his room, he did the legwork from village to village, I hope you will not stop singing his Ko Echsof this friday nite after hearing what filled up the time of Reb Aron Hagodal.
Awhile back I read the book of Duvid Shem on Visnitz/ Siget in the Carpatan,it comes across that the work of Reb mendel Visnitz was to take towns and villages that had no idea about Hilchos Nida/ Hilchos Shabbos, fargrebt to the core,( I hope I am not killing their shiduchim prospects by publicizing this)and again did holy work to the most of his capabilities, is Visnitz part of the Beshtian Chassidus? since he is doing Kiruv that is not the Besht's way?he wasnt asking them to learn Shaar Cheshbon Hanefesh or Minchas Chinuch, he was down to the basics,
One of the Israeli Chariedi weeklies had a interview with Shiku Low the Viznitzer Einikel, he said that in Groisvierdien by the Ziede of Visnitz the bulk of the Mispalem were wearing white Yarmulkes(not the Reb Arele style)so it seems they also didn't have Minchas Chinuch problems
Nu Gie Zog Mir what the Tzav Hashou is today.