A Tshuveh from Rav Yuda Blum, Hanshovitzer Rav, and son of the Beis Sheraim, zt"l, where he discusses giving aliyos to those who are pasul L'edus, such as a kohen who marries a grusheh, or other people who transgress the Torah. I would assume that in those days they were not Tinokos SheNishbu, but rather people who "knew better." Still RYB finds ways to be mattir. There's a z'man gromo'dike mekor, with the mention of the "medrash aseres hadibros." What was brought to my attention as the main point is the fact that he makes use of the fact that MECHALILEI SHABBOS etc. WERE given aliyos and maybe even counted for minyonim! And again, we're not talking Tinokos SheNishbu here, people. And WE ARE talking post Teilung Hungary here. 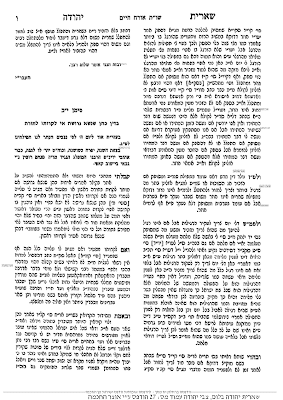 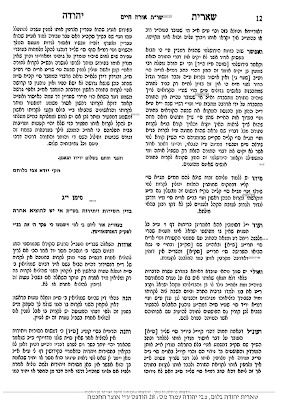 Hershel,
For onde you missed point.
His birur halacha is not the point here, because agree with it or you might not. The point here i9s that he records the MINHAG that ALL the old rabbanim did: they called mechalelei shabbos to the Torah.
And nobody can refute a fact.
Please correct yourself and bring out the MAIN point.

Reb Hershel, it is clear that he thinks and believes that its wrong. All he says, that even accordibg to halach is ossur to give aliyah to a mechallel Shabbos, etc, still the minhag was yes to give.
Rabbinyc@aol.com

so why was such a clear din ignored?

Anon 12;42
Most of minhogei yisroel are discussed in poskim and even in shas the same way that if you see Klal Yisroel has a Minhag, so their is probably a Mekor for that,
the style of today that you have a whole generation of Yeshivesher guys with no mesorah, big part of their parents were still Yankee fans eating shofar/hebrew national hotdogs in the Bleachers in the Bronx,are starting from sctatch with Neo halachas from the Chazon Ish and Brisk who have no respect for Mesorah and were never shtetel Rabonim, Reb chaim was never a posek he sent all his the shailos to the dayonim.

"Reb chaim was never a posek he sent all his the shailos to the dayonim."

You are a fool!

Reb Chaim "takeh" was not a shtetel rav , he was a shtot rav of Brisk a "Ir veam beYisroel".
You mention teilung. As far as I am aware most of the Orthodox Autonomous communities in greater Hungary had allowances for membership for non Observant Jews especially children of members of the Kehillo (because of cemetary issues) .I have spoke to survivors from Oberland and some claim that in many of those communities many mebers were not really observant , but joined based on cemetary issues.
Until the fall of Communism , this was the case with the semi autonomous orthodox kehillo in Budapest , all its members were Ashkenazim , and many were members because of cemetary issues. However the membership privaleges were limited , usually they could not be officers etc. It would be interesting to see if anyone out there knows if there were National Orthodox Kanzlerry takkanot about aliyoth etc.

Schneur,
Schneur,
90% of Cemeteries and original institutions went to the Neologs by the Tielung,the orthodox has to start from scratch, new Shul new Cemetery. I just heard this Shabos that the rov of Vietzen the Masie Lemelech never went to visit his fathers grave because he was buried in the old cemetery that went to the Neologs, he used to say Ich Vil Nikst Darechgien the Pegorim, to get to my fathers place.