I name this post: Cigar-smoking מקובל carrying a stack of weeds doing tumblesauces in his stockinged feet 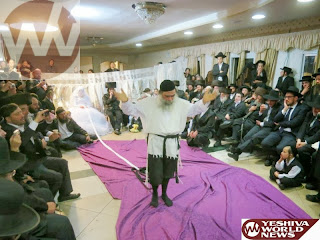 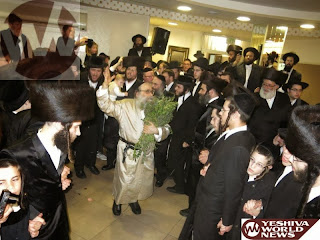 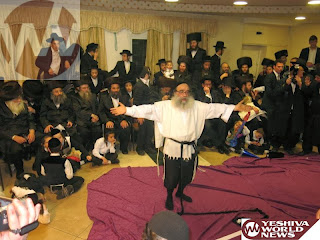 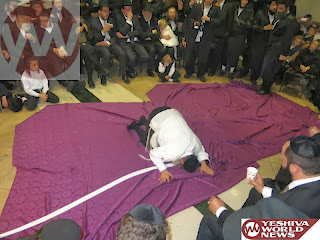 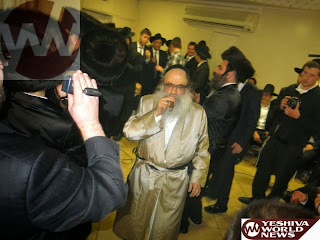 It feels good to hear another person use the word tumblesauce.

This is a post in very bad taste. Rav Gamliel Rabinowitz is one of the Gedolei Hamekubalim who is vwery much steeped in Toras Habaal shem tov v'talmidav and should be retracted out of Kavod Hatorah velomdeha

5 town chosid
How do I know that your knowledge of Kabala, is that good that you can verify that Rav Gamliel"is one of the Gedolei Hamekubalim who is vwery much steeped in Toras Habaal shem tov v'talmidav "
By real chasidim they were against Shtick......

balooner,
many "real" chassidim did "shtick". I've seen the old Tolner Rebbe doing tumblesauces. I've seen the Kaliver pouring water on the floor and pretending he was doing kriyas yam suf. I've seen the Moshe Leib Munkatcher roll his eyeballs to the back of his head. And I've seen the Moishele Vizhnitzer doing a whole assortment of shtick by his tish. And I've seen the Shlomo Bobover doing lots of mitzvah tanz shtick. I've also seen th Skulener smoke a cogarette by havdallah so that takes care of the smoking part. And do you consider giving out dollar bills to be shtick?

Maybe you have inhaled too much helium on the job... I'm not testifying on my own merit. You have to be a hermit not to be aware of the greatness of Rav Gamliel, shmoi hoilech lefanav...

I'm also surprised that you're ridiculing one of the roshei yeshiva of the kabbala yeshiva "shaar hashamayim". Did he ever say anything against Lubavitch?

I'm not ridiculing anybody.

Dovy
Pouring water on 7th day pesach, is a old ashkenaz minhag, noting to do with Kalev,
Its like eating Hamentashen, its a old minhag and it is not shtick,

Dovy
" I've seen the old Tolner Rebbe doing tumblesauces"
the old Tolner was a Yid full of bitul, bitul to tzadikim, bitul to every little yiddele,
He did not build a career of his "tumlesausces, it was bitul hayesh in its full purity, as the famous Chasidie Taalk in the early days of chasidus.
This shtick of Reb Gamliel is the total opposite of the above, he makes a official staged Tumble sauce matzav , its a oxymoron.
If you don't get it, don't holler me on that....

Dovy
I am no chosid of non of the Rebbes that you listed, but calling them on the first name basis does not articulate your argument...

Everyone pour yourselves a L’chaim, drink it and then, when you’re finished, tip your cup upside down

is the above shtick?

no, giving out dollars is not a shtick. your niggardly brain obviously can't see the distinction, but let me spell it out for others who read this sorry excuse for a blog:

1. In contrast to the other "shticksters", "dollars" were rarely distributed in front of a breathless audience.

2. "dollars" was a way for a Rebbe who was besieged by tens of thousands of people who wanted brachos, to receive brachos in an efficient manner (see JEM's videos - oh, I forgot, you are terrified to watch those videos, as it might puncture your rabid Rebbe hating)

Duvy
The Rebbe explained a 100 times, that the custom of giving dollars is based on a vort of the Besht, that when 2 Jews meet, its purpose should be to benefit a other Jew....
He said it for years and years. and did it with Mesiras Nefesh mamesh, standing on his feet, with a aching hand, as the Alte Rebbe writes in Tanya,Yad Hamchalekes litzedoka, is a Merkova Leshchina....
The Gaboim of the rebbe said then,his hands were hurting for a a few days after this Sunday ordeals.....
It was not a staged bitul Hayesh Matzav"

Tzvi
I dont see anything..

@Duvy the first
You forgot to add that the reason they were given out (instead of just meetings) was b/c as the Rebbe said "every time two yidden meet, a good thing should come out for a third yid" in this case tzedaka
(Yes, the dollars were for tzedaka. most ppl were "podeh" the dollars and gave a different one)

B.t.w. ppl, just because HT posted this with a humurous title, doesn't mean the guy is against lubavbitch etc. He saw pics on YWN and found them amusing and fit for the blog so he posted them. So this whole thing doesnt really have to involve lubavitch. You dont have to come out of the woodwork to attack. Go back to sleep

Hirshel,
I'm sure there are many pictures of the L Rebbe to which humorous titles can be affixed. Would you be willing to do that?

the first dovy,
duvy, i wrote examples about a lot of rebbes to answer back to the guy who called Rav Gamliel "shtick". Your anger implies that you have a real inferiority complex and feel that everyone is looking down at you and your rebbe and you need to attack any time your anti-rebbe spidy-sense starts tingling. (and we all know that you do read this "sorry excuse for a blog" and have no clue what niggardly means.)

balooner,
my point was that tumblesauces and smoking are old chasidishe minhagim and I don't see why they're "shtick" just because it's Rav Gamliel doing it.

You totally missed my point.
Its past your bedtime

Are you really going to pretend that the atzeres in Yerushalayim didn't happen?

I'm not going to pretend. I just don't have the time. There are 10 million pictures out there. I thought of bringing one or two and just linking to all the rest. What would you have liked to see from me?

I don't come here for the pretty pictures.

The אג"ק said that the oilam should go to tomorrow's atzeres. Will you be there R Hirsh?

I am extremely surprised at your post. You stressed that the reason for starting the blog was to combat what you termed "Chabad bashing that is so prevalent in blogosphere". One would think that you would then have the decency and sensitivity not to bash another Gadol. YOU were pogim in Kavad hatorah and in the Kovod of a Talmud Chacham. I doubt that at this point you will still be taken seriously as a defender of Chabad especially since you openly disregard the most fundamental teaching of the chassidus.The Rebbe taught and preached acceptance and ahavas yoisroel for every single yid no matter what situation he was in. A full chapter of Tanya is based on loving and acceptance of every Jew. You have disregarded and ignored some of the most fundamental teaching of Chabad chassidus. Secondly There are thousands of people that turn to this Gadol for chizuk how dare you and if even a handful of them are somewhat affected by your post, well you would have a lot to answer for to say the least. Sincerely, a Ohev Yisroel

. He has a tremendous following both in
Eretz
Yisroel and Chutz Lo'oretz. His Shiurim are
broadcasted live around the world. He is an author of numerous great Seforim in both Nigleh and Nistor and as it is evident from this blog he even has scepticts and critics, all these credentials make him a Godol beYisroel

Ohev Yiosroel
Criticizing a Meshugaz of a godal done in such a public stage ,is not considered bashing, Hatred etc....
it has noting to do with pro ahavas yisroel or con
could be a baal mekubal,maybe the biggest baal mekubal but not chasidish for sure...

Ohev Yisroel
" You stressed that the reason for starting the blog was to combat what you termed ?

you are deciphering hirshels words as a clerk in the supreme court,sticking to the constitution as all is etched in stone

Chazal say and the shulchan orech paskens that a talmid chochem can not do certain works in front of other people to hold dear his torah. Chasidim on the other hand were very machmir on any issue of yeshus, so even the talmid chochem was treated as 1 of the boys.
But this Rabinovitz behavior which is none of the above it is strange and odd.