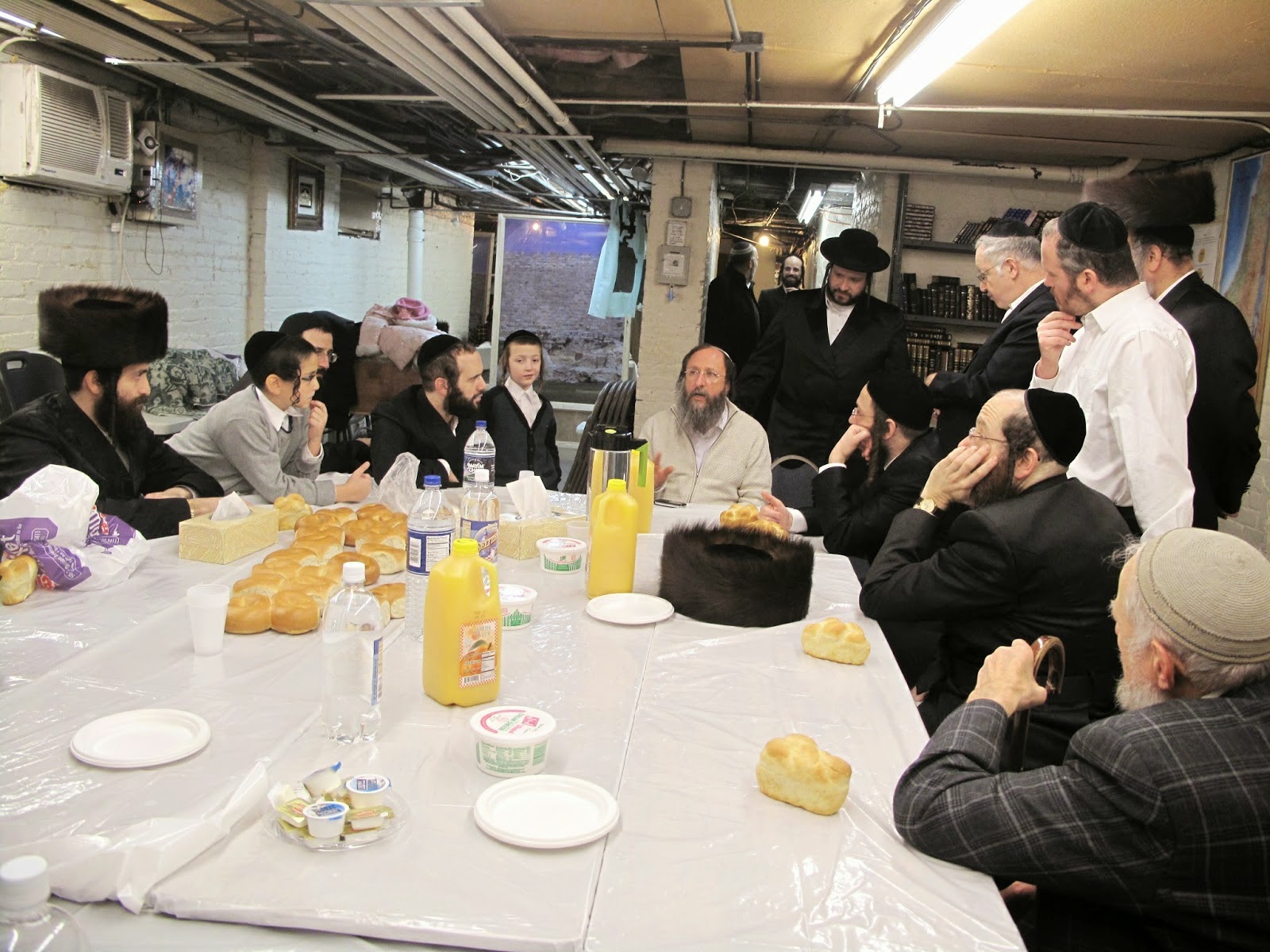 Who would believe that they would host a man whose entire essence counters the Satmar shittah?!

Willi of the Chof Yoren said...

is that in the Carelbach shtibel in Willi..??
Willi is a cool place lately

and what does he say about going up the holy mountain?

He says to move there, buy land but absolutly forbidden to make war. Look inside.
Last year parsha shlach a leumi rabbi wrote in his popular newspaper about the aim habanim. I told him the fact, he yelled a few nasty words and slammed the Phone. I later send him a picture of the page and asked him to comment. I'm still wating.
Rav shalom volpe told me the rebbi also holds of the 3 oaths but what counts is pikuach nefesh.

There were plenty of options leading up to 1948 and war could have been avoided . See the meisels book where he discusses this point.
Pesech i saw the documentry piller of fire in english. They interviewed r moshe segal who blew the shofar at the kotel on yom kipur, antagonizing the mufti and the arabs against the רצון of rav YH zonnenfeld. R segal ( FI L of rav yitzock ginsburgh of yitzar ) called his group ברית בריונים.

Life is not so black and white,There are some thinks that Satmar Ruv has in common with this movement
He holds that all the cloisters/churches/mosques should be demolished, every day that the Israeli government exist without razing all these buildings we are oiver on a Lav.
His grandfather the Yismach Moshe prepared in his house in Hungary some items that will be used in Bais Hamikdash.
I will leave here for today

To me it looks like he is talking about in Exile, and not in ארץ ישראל, And he is actually saying that now ״בגלות״ because we are spread out amongst the nations and because now we are so weak and it's impossible for us to do it ״וזה היה שייך בהיותינו יחד בארצינו״
And then he is saying that we are ״אנו מושבעים על זה שלא נעלה בחומה״
(I don't see him talk about 3 oaths only 1 oath) but to me it looks like when he is saying ״שלא נעלה בחומה״ he is talking about invading from the outside because in the beginning of the piece he is stating outright that the reason we lost the land Is precisely because we did not defend the land militarily As he writes and I quote

הרי שאדונינו הרמב״ם האשים את "
אבותינו על חורבן ארצינו ומקדשינו, על שלא התעסקו בלמידת המלחמה ובכיבוש ארצות"
לסיכום:
he is defiantly talking about that when we are outside the land, we are not allowed to Invade with an army but he is definitely saying that when we are in the land that's precisely what we are supposed to do as he indicates in the Beginning of this piece that because we did not fight that's
why we lost the
בית המקדש והארץ

That is not mainstream Hasidic Williamsburg obviously. It looks like the group who hosted R. Lazer Brody there a while back ('Kollel Williamsburg'), or some other similar nontypical small group that doesn't conform to the stereotypes.

Anon... Rav teichtal was not stupid... If he held like you think he would have said so...

learn aim haboonim and get smart dont focus on microshtisim! he was pro zion and against common charedi view period!

Wolofsky
"See the meisels book where he discusses this point. "
what is that?

The rebbe - rabbi dovid meisels - was reviewed on the blog 3 years ago when it appeared... Also עובדות והנהגות לבית בריסק has quite a bit...

Wolofsky said...
There were plenty of options leading up to 1948 and war could have been avoided


Someone is ignorant and delusional.