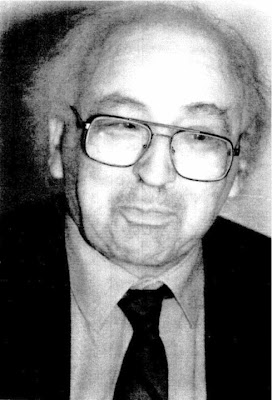 I'm reminded of a not-so-funny joke I once heard from a badchen at a family friend's wedding. Jokes like these have somehow become accepted in the frum world; I guess due to the lack of clean jokes you haven't heard? So the badchen says he once went to a wedding where the choson went and became a Lubavitcher chossid. "Yuh, Yuh, es pasiert in di shenste mishpooches!" he says. This man says he knows nothing about Lubavitch, so he follows along very closely, wanting to learn everything he can about them. Then, later at the Kabolas Ponim, they begin to sing a niggun. "Voos iz," asks the badchen, "voos zingt men yetzt?" So they tell him that the choson "geit zoggen a Ma'amar." "A Ma'mar? voos iz, di kallah iz a yevomoh?... I never found that very funny, but I remember it nevertheless, maybe because of that. Maybe I hold on to those not-so-pleasant memories for too long. You ought to check those links I posted and learn about unzer Shimon/Chimen. (That French spelling looks great, doesn't it?) Maybe now you'll know why Reb Chezkel Abramsky's son didn't succeed his father as Rosh Beis Din in London or elsewhere. Or why they never taught you about him in Mesivta.

You are a fool and an am haaretz I would also add an oversized ignoramus. You probably would not know what a maanar has to do with a yevomo sy vi.the joke is wasted on poyers like y'self.As for Chimen A it was not secret but a well known fact in yeshivas long before a lubavitcher goat discovered that RYA's son was shono upiresh. I recall that the Moshiach's brother was not exactly a talis shekulo tcheles.enjoy your cold chollent tomorrow

Sorry Tzig, I have to agree with the first part of Anonymous. For everyone else besides a lubab, a maamer is what one does to a yevoma. In Lubavitch will you find that most people never heard of a maamer to a Yevoma.

Anonymous' last sentence is disrespectful rubbish and it's understandable why he's ashamed to put his name down.

What was the point of the post? I think you reveal it in your words "Maybe now you'll know why Reb Chezkel Abramsky's son didn't succeed his father as Rosh Beis Din in London or elsewhere. Or why they never taught you about him in Mesivta."

Is the post of rosh beis din routinely passed from father to son? Even in Lubavitch circles it doesn't necessarily happen. Do they teach a course on 'Children of famous Rabbis' at Yeshivas? I don't think that even Lubavitch has such an offering. Seems like another attempt on your part to bashmutz the snags.

However, you have hurt your cause, because obituaries you link to tell of the great fight R. Yechezkel Abramsky z"l put up against the communist regime in Russia. That doesn't exactly fit the Lubavitcher propaganda that they were the only ones who fought for Yiddishkeit there.

After prolonged physical decline, he died peacefully at home, clutching a small leather-bound Hebrew bible, which he kept close by in the last few years of his life.

Reb Chezkel was very fond of Lubavitch, probably because he knew them from Russia, and they were his only allies in the fight. Which is why in London the Rosh Hashochtim was a Lubavitcher, as were many of the shochtim that were employed by him. He didn't trust his own "Litvakes."

Dear Goat,Lubavitchers (so called "richtiga lubavitchers" in your circles) who lived in the times of RYA (in London,i.e.1930's/40's)would have a hard time identifying themselves with the freaks who call themsleves true followers of the Chabad tradition.Im rishonim kbnei adam.........I can assure you no shochet came to work with a large yarmulka with the yimloch advertisments;neither did the rosh hashochtim pronounce a loud yimloch at the end of every tefila.I can also assure you that those shochtim did not arrive at work inebriated.
Lubavitchers had prominent positions as klei kodesh eg. rabbonim,shochtim etc. in many Litvishe places (the rebbeim of some very important Briskers were Lubavitchers;a fact which is not denied by their descendants).

What exactly are you trying to say ?

Sh'koiach to all of you. Fitting comments for Yom HaShoah...

Ailimisher,
can the same not be laughed on the Shiur of the Litvisher Roshei Yeshivahs, Shiurim is being used for chala, timah, etc...

A few points. I met Chimen many years ago at the YIVO. By that time he was no longer a Communist.
Rabbi YA had frum children as well.Chimen was a serious scholar of Jewish history and made important contibutions in that field. He published many important articles.
Just for the historical record. RYA was no friend of Chabad , perhaps he was not anti Chabad as the modern day hashkafists are.
Slutzk was known as the ciy where a chasid could not sleep over, if he was chosen as rav there, that in itself says a lot.
In additon he was at one time a candidate to teach a shiur in TTL, but his behavior although 100% ethical and halachic was not such that the rashab could agree to that position. In addition I heard other stories about his attitude towards "lernen and Chabad" .

I followed the Wiki link. I am shocked that R' Chaskel Abramsky's granddaughter did not even go to a jewish school...not even a frayer one.....

excuse my ignorance, but could someone perhaps explain to me what a shlissel challa or a gelle matza is???

Q. What are the chances that one of your fairly regular readers/commenters was at Chimen Abramsky's levayo?

did they mention his yichus?

who else was there?

There were only two or three 'heimisher' yidden there.

It was basically a reform service, a tragedy and a boosha really.

"Reb Chezkel was very fond of Lubavitch, probably because he knew them from Russia, and they were his only allies in the fight. Which is why in London the Rosh Hashochtim was a Lubavitcher, as were many of the shochtim that were employed by him. He didn't trust his own "Litvakes.""

What is your source that he was very "fond" of Lubavitchers?
Again with your bird minded revisionism???
I don't think he was fond of Lubavitchers at all.I do think that unlike you and your ilk he judged people on their own merit and there was a time before the Lubavitcher meshugas that some Lubavitcher had merit.

Schneour, if I"m not mistaken R'Chatzkel was a rosh yeshiva in a Lubavitcher yeshiva during the Rayatz"s reign.If the story I heard is true, his delivery of the shiur so impressed the talmidim that they started focusing less on Chsides and more on the shiur and the Rayatz was forced to fire him.
The story of course could be no better or more reliable than the "zichroines of Lubavitcher rebb'n" which is mostly a fictional novel

What difference does it make what the nusach of kaddish at Chimen Abramskys funeral was?
Are you that much of a pey tzadeh?
I really underestimated what a pathetic fool you are

that was a different litvak, who's son became a rebbe....

"that was a different litvak, who's son became a rebbe...."

Who are you speaking about? R'Chaim Milikovsky father of Amshinov?

Interesting, whom ever you mean, but I"m quite sure that R'Chatzkel had a shtelleh in Lubavitch in Russia

Dude.. I am not much into reading, but somehow I got to read lots of articles on your blog. Its amazing how interesting it is for me to visit you very often. -

I really liked the article, and the very cool blog