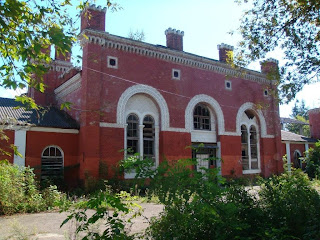 Attached are pictures of the current state of the Ruzhiner/Sadigerrer Hoyf in סאדיגורא/Chernowitz, Bukovina, Ukraine. Apparently it has become a "crack house." Woe is to the eyes that see this, and woe is to the blogger whose hands have to type up this post. How did this happen? I definitely remember seeing just a few years ago how the Sadigerrer Rebbe came to Sadigora for a Chanukas HaBayis, and that it had been either bought from or returned by the Government and renovated.It was around 3 Cheshvan, the Yohrtzeit of the Heiliker Ruzhiner, and it was attended by many chassidim from around the world, including Lubavitcher shluchim from the Ukraine. It seems like it hasn't been used since then and this is the result of the lack of use. I was thinking that they probably should've leased the building to the local Chabad Shliach in Chernowitz, which Sadigora is part of. Like Karlin being part of Pinsk. That way everybody would be happy, especially the Heiliker Ruzhiner, upon seeing that Yiddishkeit lives in his hometown and in his palace. Rabbi Glitzenshtein is a fine young man who has accomplished much there, and recently dedicated a shul that he received from the Government. Maybe he could've done the same for the kloyz! I understand that the same has happened in places like Skvira, Ukraine, where they received the shul from the Government, but due to lack of use the place falls into total disarray. 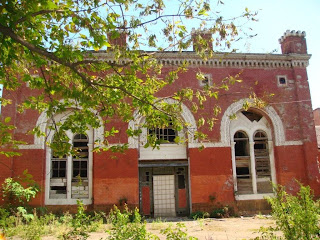 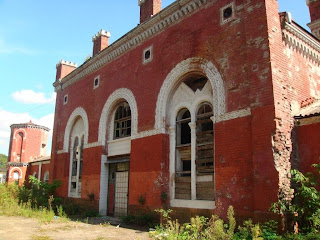 Its majesty all but gone! 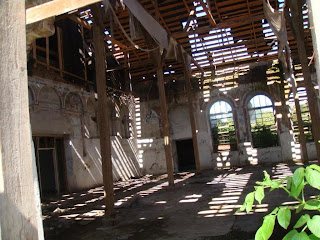 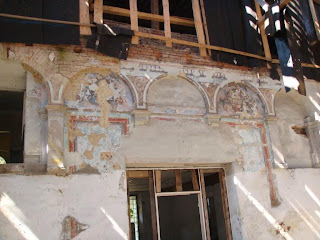 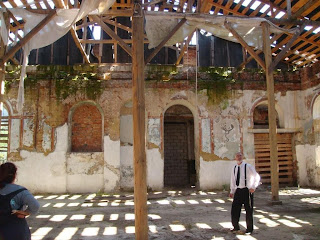 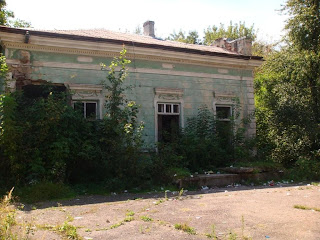 As far as I am concerned, the hoif in Skver is being very well taken care of, kudos to their grandchildren, the Skver family of New Square.

did not the rebbe start renovating that place?
how far is sadiger from chernovitz?

Is this a paid post by DH to take focus off him?

Not funny Grainom. Nobody buys me.

There are heaps of buildings which housed greatness all throughout europe. Let's rebuild them in Israel, surely?

it's hip to be square, not round.

Hirshel: "due to lack of use the place falls into total disarray."

todays world the 'sanzer chasidim' have the money maybe sadigere should approach them.

At a time when many have not seen a paycheck in months, I would hope that no one would be pouring money into renovating and securing unused buildings. Don't fetishize objects, focus on people.

Bricks and mortar. Meanwhile the nucleus of the community is somewhere else. Better to invest resources in building shuls, yeshivos and housing where the people actually are rather than worrying about decaying structures in lands most of us have no connection to today.

Anon
"פטפוטים בעלמא
he has a strong point,
obviously it is the rotzen hashem not to return to europe where every square foot has jewish blood, let romania,ukraine rot forever.

Maybe explain why these buildings have been aquired to begin with, get some cash outa the rotzchim and let them rot.

I can only say this cuz I've never gone to europe on a kivrei tzadikim hunt..

I don't disagree with this writing..

As a modern orthodox Ruzhiner einikel (there are many of us), I can say that I don't really care. It's buildings. It's nice that the Bohush shul is still up and taken care of (there was a live internet feed last week when the Bohusher and his pamalia were there on Gimel Cheshvan), but it's not critical. The various chassiduses are for the most part thriving, that's what counts. What's way more unfortunate to me is that the Ruzhiner spirit of moderation and Tzionut has mostly died out, replaced by another fascimile of kanaus.... that's what's truly sad...

anon: "What's way more unfortunate to me is that the Ruzhiner spirit of moderation and Tzionut has mostly died out, replaced by another fascimile of kanaus.... that's what's truly sad..."

happens to be that some skverers invested alot of money to renovate the place and the skverer rebbe came to the chanikas habayis, and today it's being run by a Chabad Shliach paid by skver

I was told otherwise...

the fact that it was repaired means what? that it can never fall apart?

Hirshel
you are correct, I saw pictures from last spring from that shul, it still looked like a sham

will get you current pictures!