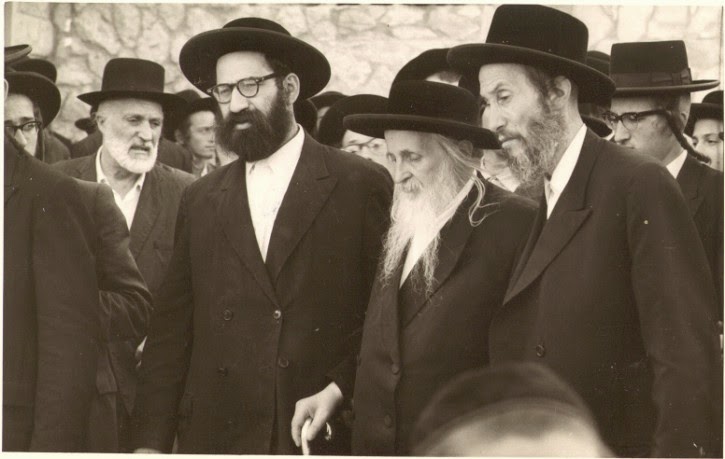 This Teshuva of the Satmar Ruv is a very important teshuva to study... It wavers constantly, many parts of it go against his standard philosophy, but he also derides the people who were against it as Zionist sympathizers... I have so far no idea where this town was; Maybe in the Helmetzer seforim we can figure out more details. It's my assumption that they were some kind of Aguda/Yeshiveshe people that were against it. On the other hand, did he not believe in the הלעיטהו לרשע וימות idea on which the Hungarian Orthodoxy had built their whole existence as of 1866. Somehow if it was not Zionist Klausenburg, Neologen Viznitz --- it seems had no problem and considered them Jews ... between the lines he is saying that the yeshiva velt is full of Bnei Ni**h. This teshuva should be the Constitution of Mikveh USA.

on the right of the Rebbe is Reb Ezriel Glick z"l who was just nifter yesterday.