My apologies to Reb Peretz Chein - some 7 years in the making... 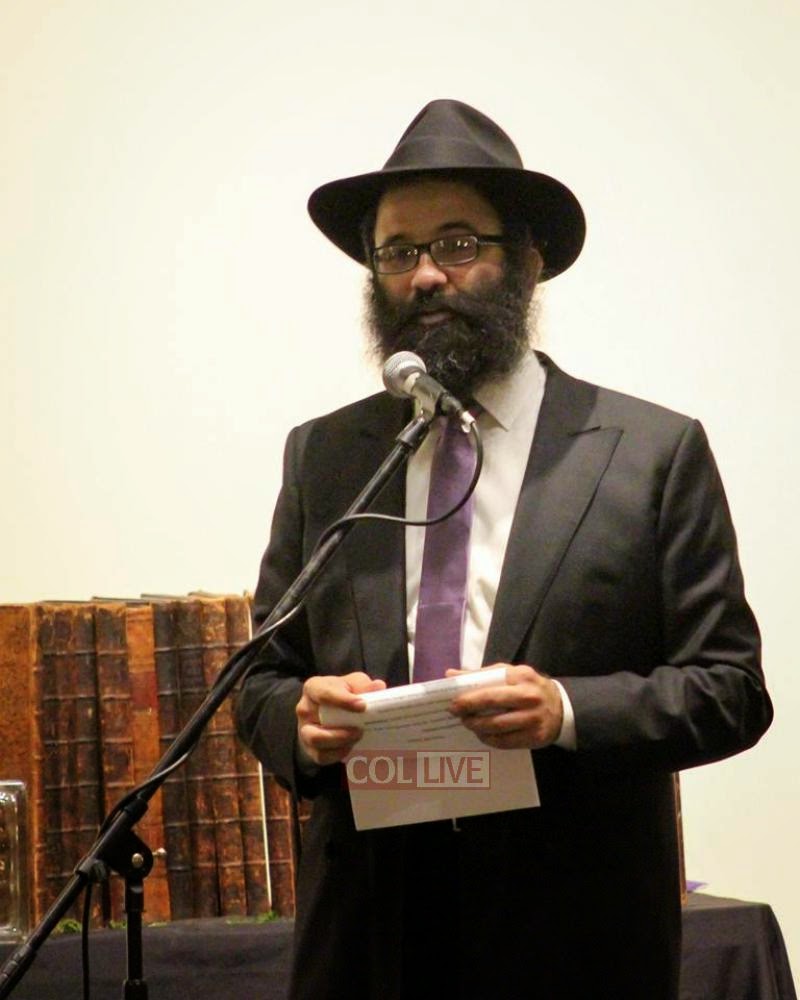 I'm not sure Shliach Reb Peretz Chein even remembers; but I know other long-time readers do. I know because one several of you brought it to my attention. Then we criticized him for running a marathon in his shlichus town, something he did to ostensibly show his college students that he too cares about his personal well being. Then he realized that if running a marathon constitutes him breaking his own personal barriers - those that can and should be broken, not those that shouldn't - then imagine what finishing shas would do for him! So four years he set out to do just that, and finished it on the occasion of his son Mendel's Bar Mitzvah. And to top it all off, he made the siyum on an old (Slavitter?) Shas that his zeide brought with him from Russia some 40 years ago. So if we're "brave" enough to criticize him we can surely find the time to congratulate him on the momentous occasions of the siyum haShas and the son's Bar Mitzvah. Retroactively we can also say that his intentions back in '07 were pure and just.

finishing shas is great, but there was nothing wrong with his running even absent that, and all the criticism he got back then was totally uncalled for.

The Malochim (angels or non humans) in Torah vodaath were makpid on Slavater shas. they destroyed all the Vilna shasim from the Almona Ram

Berel
running the marathons is more consistent with the Rambams way of healthy lifestyle, then the Rebbes sprawling the wide boulevards of Palmspring with big the Peltz. It has no health value

pritzus of marathons isnt a place for a chosid baal nefesh. run on a tredmil in the basement with nose in tanya.

I'm sure for some commentators here, they were happier to see him running a marathon than finishing shas...
Now he looks like he has a shaychus to normal Judaism

The original criticism was well placed. I'm sure it was the objective criticism that lead to the motivation to complete shas. Without it it wouldn't of happened.

thanks for posting this. Mazel tov - it's inspiring.

Peretz is a great guy. Running in the marathon was wrong, INTENTIONS NONWITHSTANDING. It was important that his actions be criticized.

AS YOU SAID THEN AND STILL TRUE NOW " I also know that I've never done anything in my life to be MeKarev Yidden, so I shouldn't be criticizing others"
when people do not fit what you think is the proper mode of behavior, you shush them to submission.

@not a harrry
you seem to like thinking of yourself as having some influence on every good thing that happened in the world.
Maybe he realized by himself?
For the reasons he said?
Maybe it was BECAUSE of the marathon not because of the comments on a blog?
na! couldnt be!

that slavita shas is worth big big bucks

Hirshel mazal tov to you to.

Silly
Explain why it was wrong?