Rabbi Rakeffet: Throw Them Out!

Laced with the good Rabbi's inevitable mistakes, but nice to listen to, even if not completely accurate. 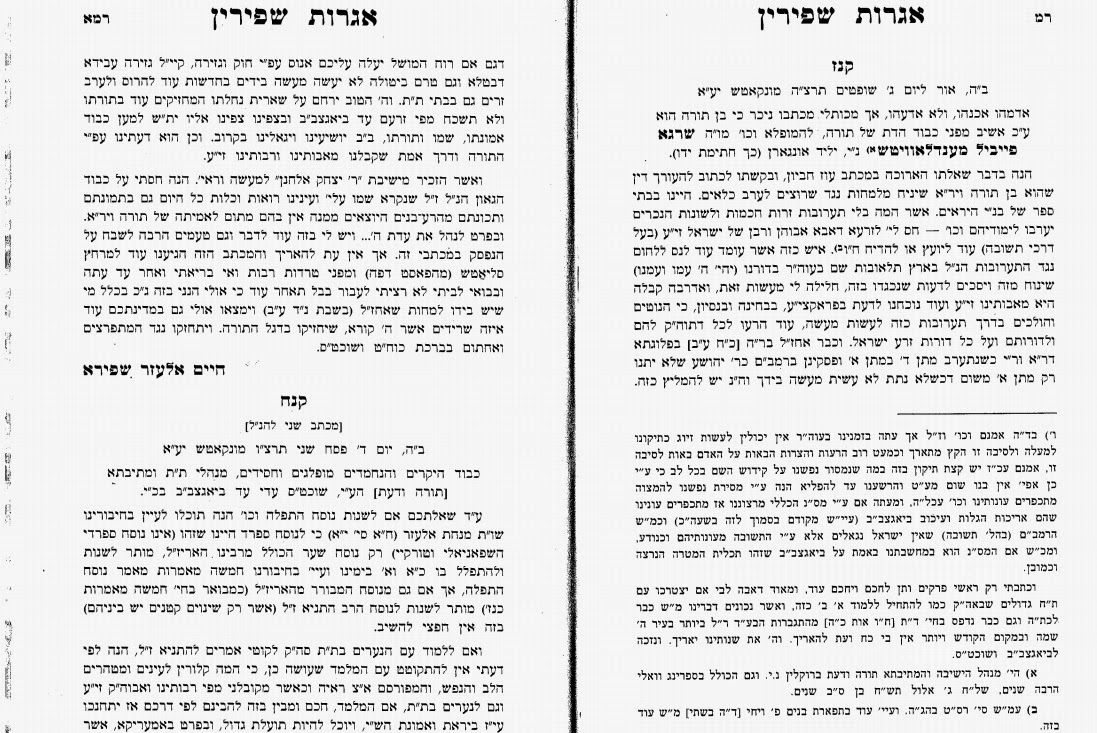 the good rabbi should get some tackle and go fishing, if you want to know how observant jews where here before WWII read the malochs letters in אוצר אגרות קודש that shall tell you all.

Does he talk about the neo-Malochim movement at YU now (they call it neo-Chasidus, Rabbi Moshe Weinberger of Woodmere is their neo-malach)?

For starters, R. Yehoshua Baumel was a Galitzianer Rav, not Hungarian.

When was Rabbi Rakeffet last in Crown Heights? Since he is promoting Lubavitch so much, he should stop by there. Let him see what it is with his own eyes.

Rabbi Chodakov Zatzal was born to a Chabad family. He grew up with Nusach Ari. Although it may not of been Lubavitch but another group in chabad.
He was educated though in the derech hamusar went he went to yeshivah.

Info
" Since he is promoting Lubavitch so much, he should stop by there. Let him see what it is with his own eyes."
I am very short in time to visit CH, can you please provide a snippet.. of whats happening there?

From what I gleaned Rabbi Hodakov learned in Telz and his wife was from a Telzer family, a great-niece of the Alter fun Kelm. But he was given a job representing orthodox Jewish schools at the ministry of education in Riga, and it was Lubavitch who pushed for him to get that job even though he represented all mosdos and took care of them. I once met a man who saw his office at the Ministry and said that because it was a democratic country, his office was on the main hallway like those of all otehr ethnic groups, but it was the narrowest--as wide as a closet. i guess he was also involved in arranging the Rebbe's departure from Riga at the beginning of WW2. He certainly arranged the group of cheder yingelech who danced around him at the airport