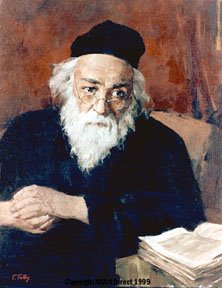 Bialistoker commenting on Well? Are You?

The Rashab of Lubavitch and Reb Chaim Brisker were for some reason (from) the only Russian Torah leaders that withstood the temptration to support the Agudah.

You may ask, "why call something that all Gedolei Yisroel supported a temptation?"

The answer is simple. It was a temptation because it seemed like a quick fix to what was ailing Judaism at the time, and it really wasn't. The problems facing world Jewry were far greater than any cute group could fix. What was needed was not just girls schools, which did do something for very few Jewish girls, but something to make Bochurim that were tempted to join a slew of other movements be proud of being Frum Jews.

Instead, all those who did leave the fold were treated "by the book". If he was a Kofer, or Mechalel Shabbos he was ostracized and ignored. Imagine if a little love was shown to these people!

A shame that we did not merit to see that. The Holocaust "took care" of that problem. 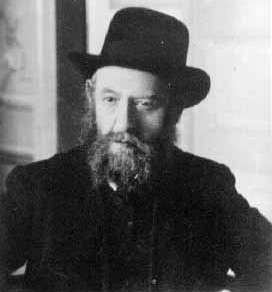 You started off well, but went on a tangent. What was the connection between the Agudah and Jews leaving the fold? What could they have done differently?
Posted by Hirshel Tzig - הירשל ציג at 1:06 PM

Hey Hirshel, why aren't you writing about this -

Lubavitcher meet leading snag Rabbonim - why did the Lubavitcher Rabbis meet with the 'snag' gedaylim ??

You don't get it snag, this is a group of Rabbonim working undercover, pretending to be עולמישע רבנים, they plan to TAKE OVER THE WORLD!

Then they'll turn everybody into Lubavitchers!

Until then they're playing the part of snags, so they meet "snag g'deylim".

snag, the real question is how could the snag rabonim meet people whose beliefs are alien to judaism, isn't this sending the wrong message to the rest of charedi jewry, ie that maybe these lubavitchers are frum yidden???

Agudath Israel NEVER pretended to solve local issues in Judaism. It did not start Yeshivoth or support Rebbisch hoifen. Its major role was to give international support to local Aguda organizations and to local orthodox Jews in their campaign for Judaism. It also provided a broad forum to discuss issues like Zionism , Education and other hashkofic issues.
My hunch is that the writer knows very little about the history of Jews in Easter and Central Europe betwen 1918-1939 and after.
I will be mekazer: the Aguda sponsored Newspaper, magazines and other literature that defended orthodoxy in Poland, Latvia, Lithuania etc.These publications also enabled Orthodox young men to write in frum forums instead of wandering off to secular periodicals. The Bais yaakov movement in Poland was very successful and influential.
Sorry, but the strong state of orthodoxy in latvia was a result of a strong aguda led by Reb Dubin, and others like the Riga Rav Zaks and Rabbi Yoel Baranchik. Hadokovs too worked for the Aguda. The rebbe was not the major Orthodox figure there and he was full of criticism for the Latvian brand of orthodoxy.
In Poland etc the aguda had representation in local city councils and in the natioanl legislative bodies. These people fought anti Jewish and anti orthodox legislation in countries like Poland, Rumania Latvia and Lithuania . People like rabbis Meyer Schapiro, A. Perlmutter (radomer rav)M.E. Halperin (Lodz rosh bais din) Aaron Lewin (Raisher rav) and many others servid in the Polish Sejm. Also the Aguda had representaions on the local kehiloos all over POland (Jewish Pop, 3,000,000) who worked for allocations for chedorim, rabbonim , chinuch, Tifferes bachurim etc0In places like Warsaw (300,000 Jews) Lodz (175,000 Jews) the Aguda leaders served as the rosh hakahal of these vast communities.
In additino Aguda started the Zeire and Poale which were instrumental in stopping the leakage of Chassidic youth from their home base. they also started Neshei Aguda for women.
As a matter of fact a case can be made that the rebbe designed his organization based on the structure of the latvian Aguda with some changes after all the chief of staff was the same man - Hodakovs !
I am not an Agudist but lets give them the credit they deserve.
In addtion most of what the Aguda did in Poland was 'al daas the Gerer rebbe the Imre Emes and was led by his son in law.

It is a shtickel peleh. Maybe the gedaylim didn't realize who their visitors were exactly, since, as Hirshel said, they were posing as eylemshe Rabbonim.

Hirshel, you better watch out, you are under investigation now in kan tzivoh for leaking the protocols of the elders of crown heights, section II, article III, online.

it's tough to argue with all that information, simply because of the sheer amount of info stated in your comment, but it seems to be vastly overstated, and if I didn't know better I'd say you worked at 5 Beekman or 84 William, or whereever the offices are at this point of time.

That may all be good and true, but in the best case they may have attempted to stop the proverbial bleeding, nothing was done to try and bridge the growing gap. That idea may have been way before its time, but that is the case.

My Zeide was from Bialistok, so much of what I say is based on conversations I had with him, albeit in his later years.

I do not work for the Aguda, was never a member and do not claim to have done an exhaustive investigation into the failure or success of the Aguda.That remains a lacuna in scholarship. Few organizations are total failures or complete successes. I was merely trying to show that the Aguda can rightfully claim major acheivements in Poland and other areas. In White Russian Poland (Kressy region)where my parents were from whose Western borders are Bialistock and Lomzha, the Aguda was much weaker.
Just as an aside the Aguda was even more important in Hungary and Rumania after the war when orthodoxy needed a central address.
If I had lived prior to WW2 I too would not have joined the Aguda as I beleive the Rayaatz was correct in his derech.But in terms of the Aguda and the politicization of Spiritual matters my guide was the Chabad philospher and kadsoh Reb Hillel Zeitlin.
But lets give the Aguda some credit. What has Satmar done for klal Israel besides being in the derech of that famous treifene bird called the Chasidah bird !
Besides Rabbi Dubin other Chabad people active in the world Aguda were Elchonon Liff, Rav Zirelsohn, Rav Orenstein HYD in Jslm, and still others.
I think the Rayaatz was not opposed to the Aguda rather he followed the stand of the 3rd Belzer rav Rav Yissocher Baer who said he remained aloof from the aguda so he could more easily criticize it and remain a free agent. I am sure the Rayaatz recognized the good side of the Aguda.

(BTW, Schneur, the real-life Chassida is (zoologically speaking) no kinder to its own kind…)