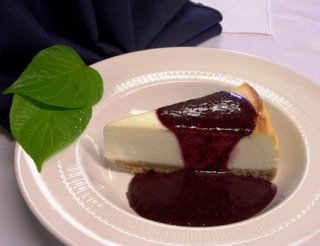 As far as staying up tonight and deciding what to do, be it saying Tikkun or learning, I'll say this. For some reason the Yeshivisher World has made the recitation of Tikkun, a practice kept by the גר"א himself, into something to be scorned. It goes as far as Bochurim learning in certain so-called Chassidishe BP Yeshivos, who would normally say Tikkun are now "forced" to sit by a Gemorah. Is that a problem? absolutely not, but I'd bet good money that not much learning can be done at 2:30 am. Believe me, saying Tikun is hard enough, learning is almost impossible, especially after a heavy meal. But, that's just me.

Can there be Shavuos without אקדמות, רות and flowers in Shul?

Last year in our shul 2 elderly Chassidishe Yidden, one of whom has since left for "greener pastures", one Hungarian and one Galician, davened with us on the 1st day Yom Tov. They almost fell off their chairs when they realized there would be no Akdomus recited here today, but the Torah was given nevertheless, and we all had a good Yom Tov.

The Rebbe would say אקדמות at פתיחת הארון, but that was in deference to his father who would say it.

My advise to avoid all the good lashon hore etc of many idle hours of nightime, , why not learn seriously an hour or two , hit the sack and wake up and say Tillim or learn again and daven. It makes more sense than the osios of the Tikkun and you are right learning Biyunn late at night.

that would be way too revolutionary.

Who holds by the GRA in the manner that a lubav holds by the Rebbe and lubav minhogim? Is he not today more of a symbol than anything else?

As far a saying tikkun/learning gemora....WHy all the higher math? I don't know what happens in other shuls but my experience has been...less than half the shul ever shows up. Half of this crowd is sleeping at tables from the beginning. We are left with 1/4 of the shul awake. maybe 1/5 is really saying tikkun, 1/5 is looking at the same page of tikkun the whole time, and 3/5 are drinking coffee and shmoozing. So out of a shul of 100 people, maybe five are saying tikkun seriously....given this reality why are you looking around to throw stones....the night is probably a wash in every kehilla....

In regards to the minhogim of others....whats the problem? akdomes, rus, greenery...its all jewish...and when someone expects a certain nusach or minhogim and doesn't get them..he is disappointed....this is healthy..I think we have all experienced this...and in regards to 'the Torah was given nonetheless' Maybe i'm the dullard, but I'm not picking up from many in shul the G-d/Torah connection/experience to yontif... so why mock someelse's minhogim that they cherish?

'The Rebbe would say akdomus in deference to his father'

The fact that this a minhag kadmoinim of ALL Ashekenazic Jewry, is not enough for Lubab.Where is the 'deference' to our Rishoinim and Achroinim?
Even sidder Tehilas Hashem has it.

We say Tikkun as a matter of Kabbolas Ol, not because we understand everything.

In Lubavitch they were not into all sorts of decorative displays. We don't decorate our Sukkahs and similarly we don't read Akdamus. The beauty of the actual Mitzva is most important.

The Min said, we at least have a god that we can see and associate with, you, can't even see your G-d. RG answered you, see your god but he can't see you ( a shtick klotz) we, can't see our G-d but he sure sees us.


The Point. some people need to see their g-d and be toifes it in their little minds. Och un vei to such a Torah if that's the extent of their appreciation for Hashems Ano Nafshi Kesovis.

Some, are perfectly all right just saying the words of our Holy Torah and knowing that there are dargois of kedusha in those words that their little minds will never grasp and it's still a mechaya to be attached with this Holiness.

tell me who is connected to G-d and who has an idol?

The "deference" reference is meant to say that although the Rabbeyim would not say it, just like many other Piyutim in the Machzor that were composed by Rishonim and Achronim, still, since his father would say it so would he.

Why is Akdomus different than מערבית on Yomtov night which none of the Chassidishe Kehilos say?

But tyou come and criticize just for the sake of criticizing, not actually wanting an answer.

I see you were chicken to post my additional post about that garbage web 'rag' chabad on line that made up a story regarding the Lubavitcher in Monroe and that supposedly Satmer were fighting him when the real truth is that it's a case of two Lubabs fighting each other.
Even you on kol ho'olom, kulo, under your nick 'tzvi bp' agreed.
But alas you are not an 'ish emmes' and that's why you ran to 'mkor hasheker vehadimyonos', Lubavitch.
Yechi Hamelech

a website cannot by definition be a "rag", only a newspaper can, and the Yated beat all Jewish papers to it.

The Israeli website COL, managed by a divorced old man from Israel, cannot be expected to know better, he gives Satmar the benefit of the doubt that they probably are not happy about a Lubavitcher Yungerman opening up shop down the road from their "Shtaytel".

If you'd actually READ the article you'd see that COL does mention the fact that 2 Lubavitchers are fighting over בעלות of Orange County. That may actually be too much to expect of you.

COL the Chabad web 'rag' makes no mention of the fight between Lubab.Please don't lie.
You are such an apologist, instead of agreeing that the the Chabad web rag, which agav is the most widely read, made up a story out of thin air to be marbeh machloikes between satmar and Lubab. a machloikes which no longer exists from the Satmar side (but still exists from the Chbdsker side by more extreme and hateful elements such as yourself who will not eat hisachus hechsher chas vesholom)you 'understand' them for not chercking sources?The article where this bok found out about the story, The Record, clearly brings out the story of the two Lubab stooges beating each other up.
You seem to not have one truthful bone in your Chbdsker body.Stalin would be proud of the brainwashing job that this communist 'hasides' cult did on you.
Yech Hamelech

I was once told by a reader that as moderator I should refrain from using words like "shmuck" when referring to stupid readers, so I will.

If you'll actually read the story you'll see that they mention that there's another guy named Bornstein who's also there in Orange County.

Does your thick snag mind comprehend this?

The Chaachmei Lita are ashamed of you, you who claims to carry their banner.

I say again that he genius who runs the website may not have gotten his facts straight, but at least he can say איך האב נישט געוואוסט
you're stam a --------------

more comments that were posted on the COL story, which shows that he realized his mistake and admitted it:

I am very good friends with Pesach. He’s told me many times that our Satmereh brider were very kind and helpful!
This is Media hype with an agenda!
(Pesach if you read this can you please comment)

There is no fight with satmars there. his name is Burston and he is in afight with another Lubavitcher called Borenstein over the same area of land.
I cant believe someone wrote a whole article without knowing any of the facts!!!

Thus far, the only friction the Burstons have encountered is with a rival Chabad group in Goshen, led by Rabbi Yakov Borenstein and his nephew, Meir.