We once spoke about sifrei kodesh published in Hungarian pre-WW2 and how we were surprised to see it. We thought that despite the fact that we have our Bubbe's צאינה וראינה in Hungarian that in circles such as Pupa, this wasn't done. At lest that's the way Pupa would portray itself today... That's what happens when you live in Satmar's shadow for 60+ years... Then again the whole issur against foreign languages is a bit unclear. Was it only in shul that it was assur? Only drashos so as to separate from the neologen? In some shuls it was assur to speak Hungarian, which shows you that Hungarian was the language of choice and that they wanted to uproot that minhag. In any case we have for you today, courtesy of veteran reader Yosef718, several pages of a book that was published by HaRav Shulem Vider הי"ד of Nyíregyháza pre-WW2 and then reprinted in 1947 by the VH in Munich, and then later in Montreal. On the VH copy a woman remembers her sister, and in the Montreal copy a different woman had scribbled the telephone number of the Kicsi Pupa Rebbetzin, o"h. The hakdomoh in Yiddish is from his son Reb Shlomo Dov Vider of Montreal. There he writes that the Orthodox קאנציליי, gatekeepers of the Teilung, if you will, original teilung organizers, were the ones that had this published. 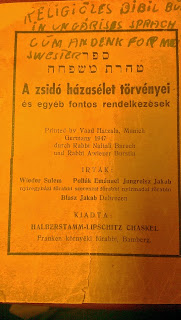 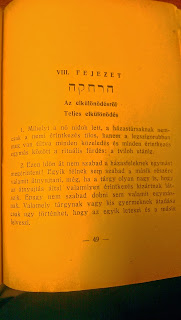 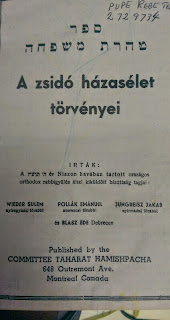 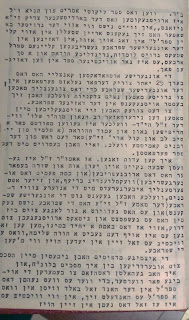 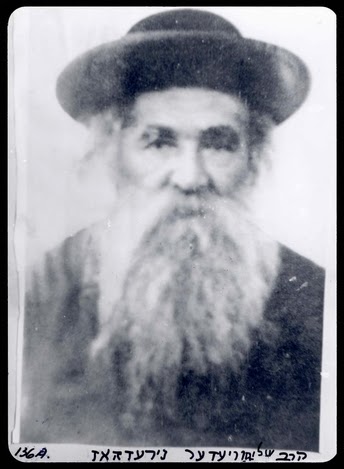 Hirshel
did you realize That Rav vieder starts out with the story of the Berdichver ruv on the sefer tanya?
this Issur on using Hoch German or Hungarian was forced upon the real manhigim of the orthodoxy by a very vocal minority...we will leave it for a other day

its the same as when the mosdos ask you for money. all the correspondence is in yiddish/lh"k the bill comes in english....

Not a Harry
its as the mosdos have you sign for no computer in your house, and all their billings,litreture for the kids and write-ups are done on a computer and via Internet