Alpert's take and other good reads 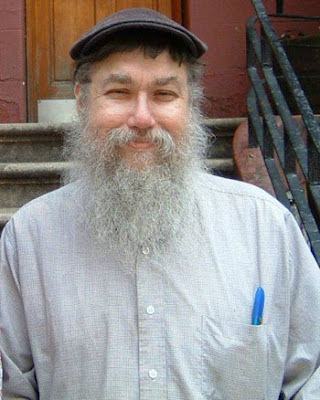 Yated: 2-year old, and not Mohel is at fault

too bad my filter will not let me see any of these links...

R'Zalman we miss you!
Come back and lets see your knowledgeable comments written with passion.You know that Tzig loves you as do we all.We don't have to agree and if I ever said something in the heat of the moment, ich bet aych ibber

tell your filter to allow scribd

Hirshel
sorry to say this about your buddy Schneur; But I don't get it. He left Lubavitch because the Holocaust is not mentioned enough..... Satmar mentions more..... there is no place where the shoah is getting erased more then in Satmar... according to Satmar there were not even 6 million Jews.. it was only 50.000 jews that were real frum..... the rest should go to hell(Oilomai shel Abba)

Tomashover,
R'Zalman was never a "Lubavitcher" chosid as far as I know.He comes from Lubavitcher background through his fathers side and went to the Lubavitcher day school in New Haven,but, a day school is a modern place with very few Lubavitcher kids.
He is incredibly knowledgeable, and is his own person.He used to comment quite often here and is really missed

I am no livak and dont believe in this daas torah movement, but I am amazed how the creators of the daas torah line can call Rav Shtienman and reb Chaim Kanievsky Shifcha and Noval
that shows the true colors of the Maran of BB and his party... it was sheer powermongering every day with a new slogan...

What a great Mom! Now the 2 yr old will have to live with the guilt forever.

Schneur has to write a book about his knowledge of Chabad, especially about the information he received from Berka (to be taken with a grain of salt for sure)

Tzig,
This could of been four great posts. You are getting lazy....

Notice what Reb Meir is saying between the lines, how brisk in non "miflagti"....
Intresting how certain circles from Bnei brak claim to be spiritiual heirs of Brisk, because of an approbation in a sefer....
When in fact its clear that his hate filled vendetta has nothing to do with Brisk (and R' Chayim oizer, Chofetz Chaim, R Elchonon etc.)and everything to do with charachter....

you speak the truth, Geck, but what can I do? at least I threw them out there. Otherwise they would never make it to the blog.

You see, in the same article it says that R Zilberstrom was a chavrusah with R Yakobotich. He is R eliashivs nephew. R Zilberstrom was friend with R Eliashiv till the "party" was founded. In fact whats not mentioned in the article, there was a Reshet-Lubavitch school in Kfar Saba That R zilberstrom ran, and was founded with guess who....Maran Rav Aharon Yehuda Leib Shteinman! In fact they would each lunch together every single day!But that was also before the launching of the party from Bnei brak!(Maran Bruach kodshoh always knew he wasnt fit for Hanhagah like we see now with Yated...)Veod Chazon Lamoed...With the chevroner rosh Yeshivah that learned samech vov with him, his Shaychus with R E. Lopian, with the Brisker rov and family thats not mentioned here, The Haskomoh that R sheinberg gave to his sefer chidushim, even though he was chabad, and said he isnt afraid of the goons...
I hope for historys sake someone does the research and write up on this srid to a dor deah with the best of all worlds yet a fiery chossid of The last Rebbe of Chabad.

Yakobovitch the chavrusa is from Antwerp, no relation, AFAIK. You mean Shimon Yakobovitch, and eynikel of R Aryeh Levin

Sorry Tzig, youre facts are wrong.
He is a mechutan With R Yakabovitch from Belgium. They were both in paris With R Zalman Schneerson, And at the famous Gathering when The Ramash asked their names, and told them based on that what their mission on earth was. There is an archive in YIVO about the whole Paris-Schneerson
But he was A chavrusah With R A Levin Grandson Yakobovitch from Yerusholayim. They would learn Rambam together every day from the mid eighties. But They all lived and davened in the same neighborhood,m and brisk was around the corner and so was R eliashiv...
As I wrote Od Chazon Lmoed

I don't understand the Yated article. How did the infant acquire genital herpes from sucking the pacifier, instead of oral herpes?

I thought you were referring to the the Antwerp one. Most of the surviving Heide Talmidim are Lubavitchers....

too many names to count said...

By outing shnuer as a commenter her, tzig, you guaranteed, unless he is geck, that he will never comment here again.

" Most of the surviving Heide Talmidim are Lubavitchers"

Very interesting.Can you give some more information,names and how it came about?
Lieberman from Shomrei Hadas in Antwerp I think is also a Heide talmid.His brother a non Lubavitcher lived in Boro Park and used to fix appliances.Haven't seen him in years

it came about through Reb Zalman Schneersohn, who savedhem during WW2 and was mekarev them to the light of Lubavitch. How they happen to be the majority of the surviving talmidim You'll have to ask the one above...

Do you know any other names?

Can you tell us about any others names?

Debbie Maimon might be the most dishonest & hysterical writer from all the various Charedi publications. Take whatever she writes with the gantz zaltz shaker, nit nor a grain.