what a gross injustice to Reb Yankelle's memory! 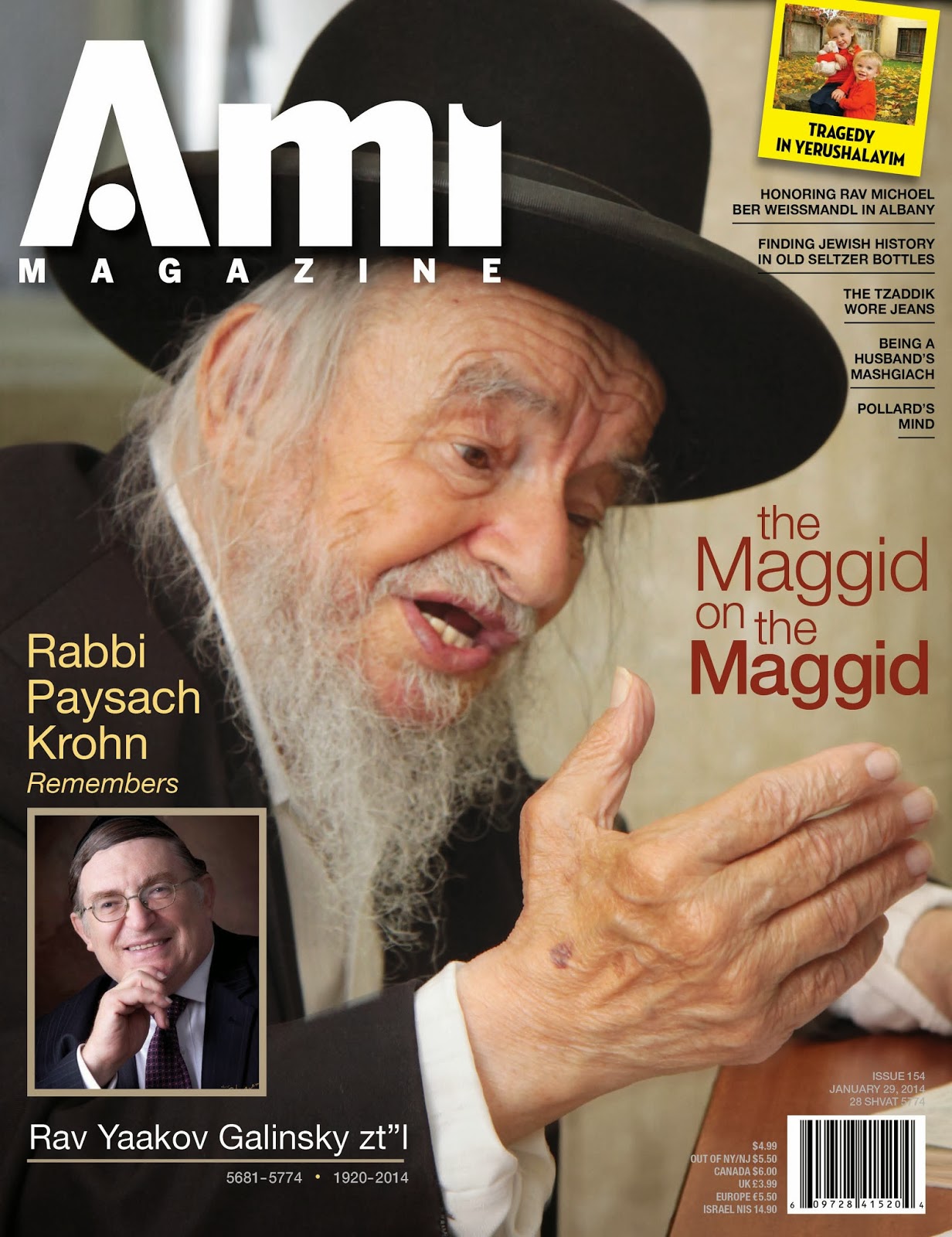 When the "Maggid Speaks" book first appeared years ago we all knew that RPK wasn't calling himself a Maggid. He was simply recording Reb Shlom Schwadron's stories. RSS would stay at his home when in the States and young Pesach'l would hear stories, some of which made it to the book. As time went by - and especially after RSS' passing - somehow he yarshened the title Maggid. Maybe it was the publishers that decided it would be better for business - I'm not necessarily pinning it on him. We recently cut down on our magazine purchases; now the only glossy magazine we buy is the Ami, so I'm not hating here. It was a conscious decision we made based on what we enjoy to read. It just so happens that last night I was looking at YWN and noticed the "story." It poshut hurt. You have the nerve to compare the two?! Rabbi Krohn's "influences on maggidus?" are you kidding me??!! Every storyteller is now a Maggid?! Every guest speaker at a Chinese auction is a Maggid?! What is this world coming to?!

We all know that Chassidim bichlal had a "problem" with some Maggidim that would come into town and reprimand simple G-d fearing folk who served Hashem as best they could. There are stories of the BeSHT where he would shout down the Maggid and chase him out town. How dare he tell off these people who live under Tsarist tyranny yet still make town to learn, daven and gemilas chasodim. Having said  that we still could learn to appreciate true maggidim like RSS, like RYG and even Reb Shabsse Yudelevitch! These were Yidden who sat and learned day and night, but also were darshonim. A Yid like Reb Yankelle was a Novardoker Talmid who had mesiras nefesh for Yiddishkeit in the shverre tzeiten. Maybe he made a few groshen from his droshos, I don't know. But he wasn't a broiled-chicken/mashed potatoes fed Yankee doodle. I realize Rabbi Krohn's is not to blame for being raised in American prosperity, but I wouldn't call myself a Maggid and a disciple of the big 3 if I was. And if it was the Artscrolls of the world who dubbed him such because it was good for business, SHAME ON THEM!
Posted by Hirshel Tzig - הירשל ציג at 5:22 AM

This attitude of his has sickened me for a long time, especially since he has advocated a practice which is against mesorah and contemporary gedolim.

Well said.
Bravo.
Frankfurter should be ashamed of himself.

If there are people who like him and are inspired by him (and there are many such people even if you can't understand why), why does it bother you so much? Live and let live.

And even if you're right, you're making a mountain out of a molehill.

I have no issues with RPK or his inspirations. It's the comparisons.

This is our generation, this is the "magid" we deserve.

Your so right! He should of name his book "the Tzig'eleh speaks"

What defines a maggid ?
Most famous maggidim were from Lithuania or that region like the Vilna stodt maggidim (Rabbi Yakov Yosef and the son of Rav Itzhak Elchonon), the Bialistoker Maggid in NYc or the Kaminetzer maggid and many others.
Reading seforim from Rav Ben Zion Alfes(maase Alfes was ppublished by Lubavitch) of Vilna it stated he was a zoger in Vilna. Nu rabbosai what is a zoger and what is the nafka minah between a zoger and a maggid?
I asked the Kovna Rav Rav Oschry ZL that question and he answered briskly the Maggid darshened with a niggun and the zoger without.
Today we have speakers, story tellers, lecturers and celebraties. Only in EY do we still have zogers and maggidim.
I posit that Rav Dovid Singer of BP was a real maggid despite his non Litvishe background.

Rabbosai on the YU web site you can hear a fantastic recording of the Bialistoker maggid in NYC in the late 1940's with theatrics and niggun.

those all sprachen for goyim and shvitzers.

The Besht did not live under the Tzars. But the pollacks were worse, anyway.

I remember Reb Yankel on his visits to Sydney he spoke in Lubavitch, he was warmly received by all.
May his memory be for blessing.
Pinchos Woolstone

As you know I quit this site a while back, I dropped back in to see what I am missing (I'm not going to lie it was the second time) and boy did you hit it out of the park on this one. I cannot tell how many times I have said the same thing! When did he become the Magid? It's unreal. First he was around the table and now he at the head of the table? And as much as I despise Artscroll I am not going to blame on this one. We are so on the same page on this one. And no one calls them out. Unreal. Thank you for making my day in some small way.