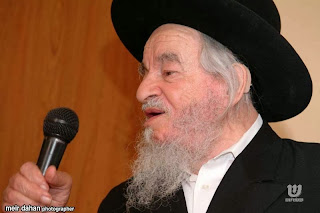 HT we need your daas torah on this!
Am I the only one the saw this?? Or is this frum world just goin about theyre business as they watch this guy doin a Matisayahu right before our eyes?!!
Im willing to bet lipas gonna look the same way the guy that made up "ich bin ah pusheter yid" looks like within the next 3 years....

Read this and weep:

Lipa looks to be self-destructing. No need to "kick a horse when it's down"

Shame on that talent, though

Hirshel
Avol Aishamim Anachni... we are pushing him in to that... he is good at the heart. The Rebbe of Skver tried tio stick up for him, but the daas hakohol was against him, he folded

Talent?????
I would not call hip-hop talent.
And there is nothing what to kick-HE WAS ALWAYS ON THE WAY DOWN.

Tolna chosid: what you just said is total kefira. there is no one to blame but Lipa shmeltzer and his fat twisted yetzer horah.
When Lipa finally takes off his yarmulke, which we all know will happen - its just a matter of time, please lets not start the blame game. It wasn't the guy that screamed at him, or his rebbe in 2nd grade that knipd his cheek too hard. It wasn't the fact that he has ADHD {and then some), nor this very post that Im writing here now bashing his brains out for that matter.
It was his own G-D given Yetzer horah mixed with his closed minded, negative, pessimistic view of the chareidi community. It's amazing how he always talks about optimism, simcha, open mindedness, and not judging others - which is why he bashes frum people all day long. I guess his cheery world view doesn't apply when you talk about the disgusting frum community...
This succos he kept one day Yom tov. next succos, who knows....

So that would make him the brother-in-law of the Lubavitcher katzev Reb Chazkel Brod? & isn't there connection with Lubavitcher Rabbi Estulin z"l of Bnei Brak? Anyone know?

Estulin was also a SIL by Brod.

Hyman
I understand your point of view, but why is the tolner chosid a Kofer? just because he thinks different then you?

Bring back CBT from June-July 2008 ranting about ban on Lipa concert. I miss that drivel!

Trisker chosid: its not kefira to argue with me. It is kefira to deny the existence of bechira, which tolna chosid is doing by saying that its not lipas fault that he's going frei...

Hymen - He was pushed to becoming frei. (I don;t see why he is frei, but לשיטתכם) His bechira was how to react to the push.
Problem Solved.

Yankel said: "I don;t see why he is frei..."
Never said he is frei, Yankel. said he's going frei. That pretty obvious to anyone whoever saw someone go frei. This is a classic.
No one is ever "pushed" to go frei. If that would be the case then there would be no frum people. everyone has they're problems, hardships, nesyonos and "pushes". The loosers, the weaklings, like Lipa go frei, and then blame it on everyone else, and hate everyone else. and then people like you start apologizing for him....