Well, my friends, sometimes, just to keep promises you're forced to post just about anything.Not that this isn't worthy material; it's just that it has no flow and no cohesiveness. What connection does a 1919 London protest against "butchery" in Poland have to do with a Rov in Austria writing responsa? Come to think of it, there's much connection. But you get the drift. I can't quite place the butchery that the sign speaks of in Poland of 1919. What was going then that needed international intervention? Was it the war against the Soviets? wee Jews the scapegoats then and being "punished" then as well? 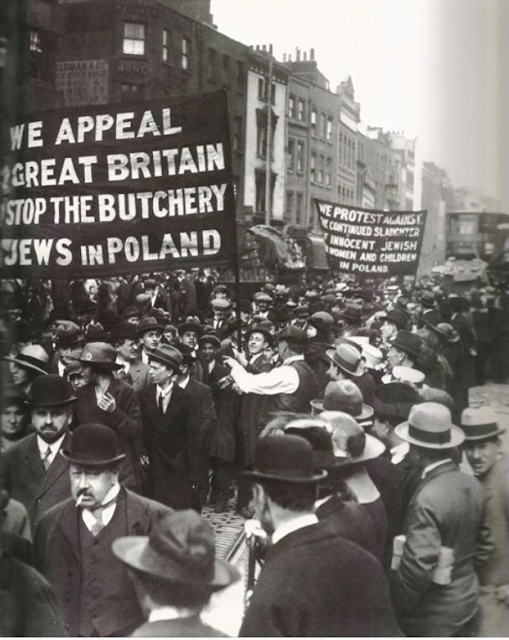 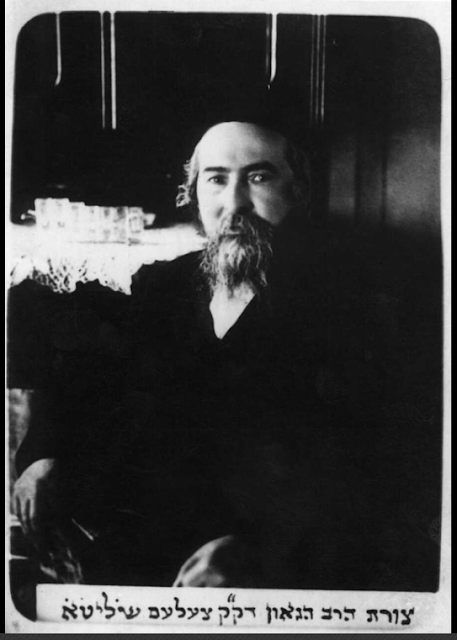 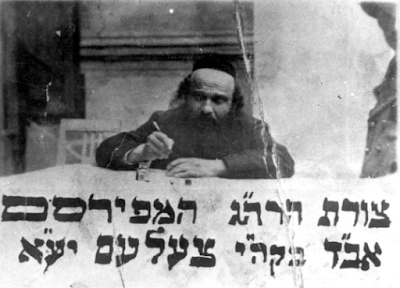 The Tzelemer Rov, Rav LY Grunwald, later in Brooklyn. Son of the Arugas Habosem of Chust. 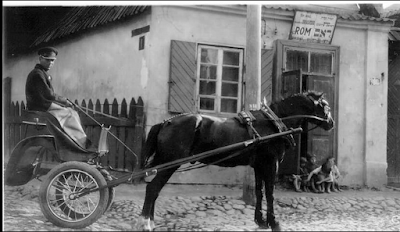 The Widow and Brothers Romm Publishing House, Vilna. Nice tires on that wagon. 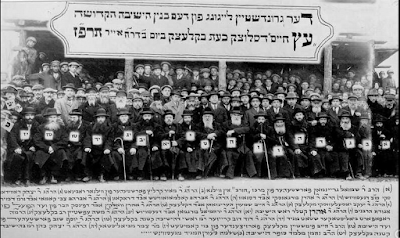 The Chanukas HaBayis for the Yeshiva in Kletz (later in Lakewood) 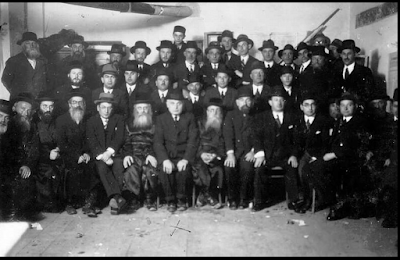 Probably not 1919. Probably 1942 after the Rieger cable and Shternbuch cable were made public. Unlike in the US ,the people in Britain did protest the holocaust ( although the government and media did not)