Not a Harry pounds home what he wants us to hear re: "Open Orthodoxy" - GUEST POST 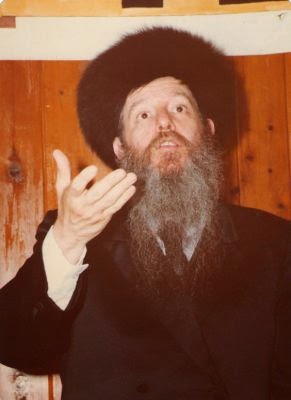 Rav Yaakov Perlow  - the Novominsker Rebbe - justifiably set off a firestorm with his remarks at the Agudah dinner about Open Orthodoxy. The criticism on the left demonstrate the truth of his words. Deep shameful guilt, borne out by a lack of fealty to the Torah. There is a famous story told about the Chernobler Maggid, insert alternative name at whim. The Maggid called a meeting of his townspeople to raise the needed funds to supply the town with a Esrog. As predictably as the ma yofis'nicks of Vosizneias fame, the town's miser asked why the Esrog was more important than hachnosas kallah for an orphan getting married that week... The Chernobler Maggid needed only to point out that the miser had not contributed to that either, because he deemed something else to be of higher priority at the time he was approached for money for Hachnosas Kallah. There are always many issues that are deserving of the wider tzibbur's attention. Every issue gets its turn to be on the front burner. Tznius, Shalom Bayis, tuition, machlokes, the OTD crisis, and on and on. Woe is to us if we will allow outsiders and fringe elements to set the agenda! I don't know the answers to all the issues. The simplest manner of determining where to place your trust can be done with the litmus test of Lesheim Shomayim. Whom would you accuse of it, summit makers of Footsteps and their attention seeking noch shleppers (bar for Yitzchok Adlerstein) or Rabbi Perlow and his fellow Moetzes members?

we thank Camp Agudah for the vintage photo.

(Hirshel Tzig says: While YCT and the Open Orthodoxers are ווערט דאס געלט, we can argue that the venue to criticize them may not have been the correct one, as well as the need to give YCT much undeserved attention. If I were a betting man I'd bet that 90% of those attending have no idea who YCT or Open Orthodoxy is. Now they all know... They're minuscule, to say the least; the supposed danger to Orthodoxy just isn't there. They're not taking over mainstream Orthodoxy. I think - and who am I? - that it was at best premature, and at worst totally unnecessary. And besides, they got the mayor in hot water from some idiot NYT reporter. Just kidding.)
Posted by Hirshel Tzig - הירשל ציג at 10:14 PM

the tzig has a point
YCT is such a minute group, it is basically only alive on the blogs Gil Student and the anti Charadie Maryles are eating and breathing it 24/7

yct is spreading their fangs far and wide across the country and continent. make no mistake about it. the synagogue rabonim are the ones who determine the direction of most of american orthodoxy. they will direct untold numbers to torah or to social judaism. yct sends someone for a probbe at every open rabbinical position they possibly can.

the picture of the novominsker is priceless! who gave camp aguda a hetter for a website rachmona litzlan!!!???

Rabbi Perlow wasted time on even mentioning OO.
There are much greater issues challenging the Orthodox community.
I once heard him dimissed the severity of sex abuse in our ranks,his remarks were pathetic, a number of years later he jump on the bandwagon, to be deemed political correct.

@pinchos how do you think the agenda gets set? I'm no chosid of his, but really, how many kids are getting molested daily, going otd or secular jews intermarrying r"l? One r"l for all of the above. You think you know better how to set the agenda, pray tell us what you are doing about any issue the klal faces. Besides back seat driving

tzig,
they aren't taking over orthodoxy, but they have almost cornered the market on providing rabbis to way out of town shuls (the non-chabad ones) in places like sacramento, portland, or jacksonville. in years past, such places would hire, at the least, a guy from YU. now yct is much more in style.

I posted this on Wednesday, May 28th (2 weeks ago)

It would be nice if people knew where I stood before calling me a Charedi basher.

Not true that 90% of Agudah is not aware of YCT. Yated has been pounding them on its pages for years.

nice to hear from you. I was very pleasantly surprised to see those comments from you! But does that make all those disparaging statements go away?

Harry, You really think that you can redeem yourself with one half decent post that was to the point? You entitled Rabbi Perlow to his opinion and agreed with him, WOW!

Dovy
"on providing rabbis to way out of town shuls (the non-chabad ones) in places like sacramento, portland, or jacksonville"

Hey keep Jacksonville out of this. Our rav went to long beach and the Mir.
We are way too shtark to hire someone from there!