This is not some attempt to sanitize Zalman, although his life is not just as simple as "he freid out, end of story." I just found some good stuff on his collection website and would like to share. The ones I'm sharing pertain to Lubavitch and are images that are either never-before-seen, or rarely seen. The ones of him and his family you can go there and see for yourself. The first few are of the Rebbeyim of Lubavitch, and the last two are the late Reb Volf Greenglass of Montreal. Reb Volf was said to have kept a connection with Zalman at the request of the Rebbe. The Rebbe Rayatz in spodik is not rare, it's just high-quality here and בכלל a moyre'dige bild. 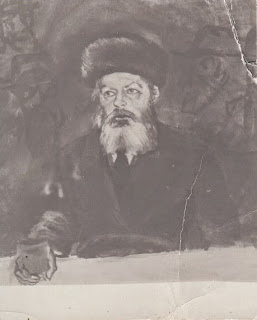 Rebbe in Kolpik. Not sure if this Zalman's work or maybe Hendel Lieberman? 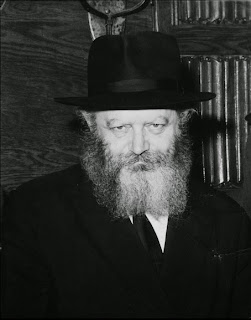 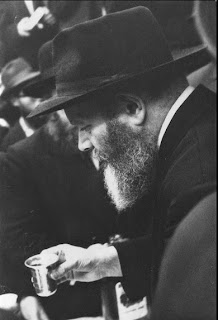 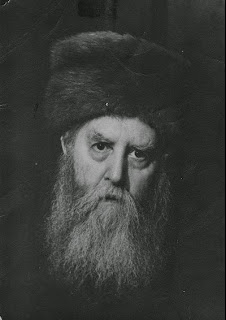 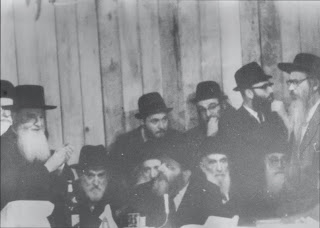 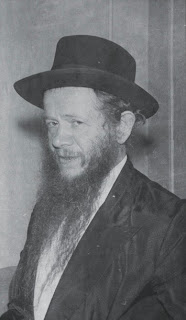 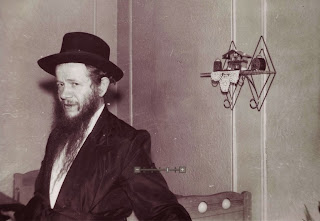 please stand by as our technical team tries to figure out why the pics are partially blocked.

in any case, if you click on them they will appear in all their splendor.

This painting is by R' Hendel Liberman owned by the Popack Family in CH was shown to the Rebbe ZY"O and the Rebbe asked R' Hendel Y did U do this? and R'Hendel answered I would llike the Rebbe with a Shteimel

I think there's also a picture of him in Kfar Chabad in 1958 too. Also, there's a bunch of interesting recordings of him farbrenging with Shlomo etc. I too found this a while ago - & it's awesome that you found it too.

BTW, yes, the painting is by Hendel Lieberman. There is another painting by him of the Rebbe in Spodik during farbrengen with a whole oylem & the eltere chasidim around him. The picture of the painting in Zalman's collection may be a detail of that larger picture.

Also, his basement in Boulder which held his archives was flooded last Sukos during the flooding there & apparently a bunch of stuff got destroyed - but it seems that they may have already saved a bunch of it by digitalizing it etc.

To get a full appreciation of Zalman Schecter he has to be understood from a number of perspectives, first and foremost on the basis of his Lubavitcher background, not because you are what you were, but because he himself traded on this background as part of his legitimacy. A second perspective is from a Jewish Renewal point of view, and here I believe we must wait for those who knew him best and in particular his old friend Rabbi Arthur Green.I was friends with him for a short time and said a few words here:
http://jewishphilosophyplace.wordpress.com/2014/07/04/zalman-zl/
A third assessment must come from his children.