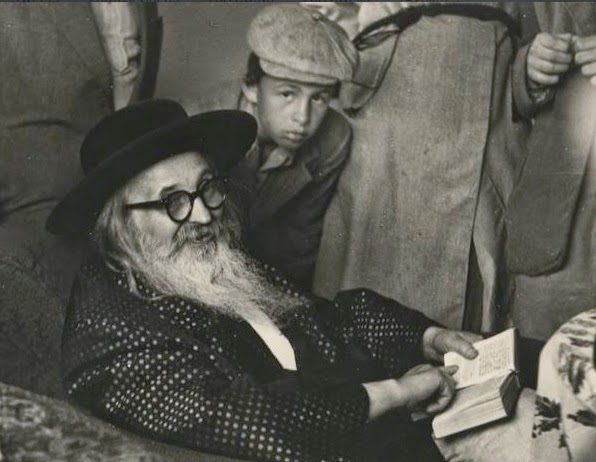 Seems to me that the day is commemorated more so to make money for institutions that carry his name, than to honor his memory, connect to him, and follow in his ways. The dinners, the countless number of booths collecting money. But to each his own. I won't tell his adherents how to do it.

The following is the Satmer Rebbes opinion why Advocating Herzl’s plan to establish a Jewish government without Messiach is in violation with 2 of the 13 principles of the Jewish religion A) Hashem punishes, B). Waiting for Meshiach,

1) It is important to remember that Jewish Sovereignty over Eretz Yisroel is CONDITIONAL!!!!

2) It so happened that in the covenant of Hashem with our father Abraham it was agreed that the punishment for violating the Jewish faith, would be Exile/Gules,

3) Hashem told us thru our NeVeim that the redemption of the Jewish people will be by Mesihach.

4) The Amoira Shmuel the biggest Poisek in his Generation says: That Hashems decree on us to WAIT for Meshiach, is meant for Mesihachs SOLE ACTION to Restore A Jewish Sovereignty and to reestablish a Jewish Government ,""All other attributes to Meshiach can be (and are)disputed"",

5) The Rambam brings down LeHalucha the words of Shmuel as impartial: “Umri Chacumim” and states that whoever does not WAIT for Meshiach (as described by Shmuel) is an Apikoires

6) The ReShab Writes a warning for our days: "That even if the Hertzel plan would achieve their goal, we must not listen to them in this matter "to make our redemption with our own power"

7) So any one who is ONLY in the OPINION that Meshiachs JOB may be achieved without him, is JUST
Not Waiting for Him and is an Apikoires , and The punishment for contemplating the Herzel plan is pre warned,

To illustrate the above, envision yourself with the following Mushel:

You see a group of people waiting at a bus stop, it is assumed that these people are waiting for a bus to arrive and to take them to a certain destination,

A taxi drives by, and yells out: You people are waiting for noting, no bus will arrive and the bus shelter will collapse on your head, hop into my taxi,

A few people pass by and say we have been waiting at another stop, and the bus broke down in front of our nose so we started to walk, join us

Second group of Non Waiters
Another group of people come by and say: Come help to push the broken bus

A cyclist drives by, his Device blaring: we want the bus now we don't want to wait

A horse and buggy passes by and yells out, I am a professional mechanic, if the bus will ever be fixed you won’t we be able to afford the fare, hop
unto my buggy,

The first Waiter replies, I do not understand the logic behind his plan, but HE said when the bus will arrive the plan will be self-understood

WAITING is a stage of a resolute inactive passive behavior,

WAITING when decreed by a SUPER BEING, has to become a frame of mind, Like it or not, practical or not,

Jews have to wait for Meshiach to create a Jewish State, creating a Jewish state without him, one becomes a Non Waiter, which the Rambam calls
an APIKOIRES,

SUMMERY
In the beginning of the common era the Amoire Shmuel formulated his successful campaign against early Christians and devised a slogan that said "" The ONLY difference between before Meshiach and after Meshiach is HIS establishing of a Jewish Independent Government""" , which Yoshke failed to accomplish ,

Bavli prods 5 times the soundness and scope of Shmuels slogan by analyzing 5 statements that broadens the scope of Meshiachs Actions/Era , but all 5 statements agree that the reestablishing of a Jewish government is exclusively Meshiachs role for the Jewish people,(V”Yoel Moshe) and the Rambam Codifies this as Halacha by Proclaiming for us today :

1) Jews wait for Meshiach to be free of non Jewish governments, by Meshiach Himself establishing a Jewish sovereignty,

3) Do not talk about the OTHER OBJECTIVES when highlighting Meshiachs Objective (as Shmuel has done in his campaign),

Please be open minded by joining the Satmers in prayers, that Hashem should not punish us again, because of those who are actively Non-Waiters

This is what happens when you allow someone to create a new religion from a few words of Medrash Shir Hashirim.

The overthrowing of three and a half thousand years of authentic Jewish history and teaching.

The majority of Klal Yisroel has for convenience sake printed into their sidirem and saying every day after davening the 13 Ani Mamins, it strengthens and familiarize us with the Jewish religion, therefore we recognize who introduces or creates a new religion

Just about ALL the Gedolim from pre war held the same shitta. It's forbidden to make our own Government before Mashiach comes.

This isn't a Satmar shitta dude.

Included in the list of being against a medina is rav tiechtal זצל in אם הבנים שמחה 3:21

Dear Snag
Its sad when someone quotes sources from Bavli that is being codified in Rambam L"Halucha you kvetch about Medrash,
The irony of all of it is, that the source of the First Rashi on Chumish,Umer Reb Yitchok is in Medrash, and the Ramban adds to this Rashi ......and if the Jews will sin, the ground will spit them out as it has spit out the nations before them,

Being against the medina was truly the shiteh of more-or-less all gedolim before the war.
But how to relate to the medina after it was already a fact, dorten is shoyn geveysen a groise machloykes, and the Satmerer rebbe was a miet sheaynoy nikker, almost a yochid.

The ReShab writes - it is incumbent upon every Jew to immerse himself daily in the study of Chassidus as a preparation for the coming of Moshiach.

As you are apparently an ardent follower of the ReShab, and of course scrupulous in Torah observance and longing for the coming of Moshiach, pray tell divulge for the public which Maamar Chassidus you studied today?

Fred, that is a common misconception.


Fred
"Just about ALL the Gedolim from pre war held the same shitta. It's forbidden to make our own Government before Mashiach comes."
all gedolim were against the zionist movement who were against religion, as the were against the Communists, Bundist, Duhiges and Socialist, all were non religious movements, but nobody was against a medina al pi torah
"

Yidel Warter - I commend your newfound job of explaining the 'shita hakdoishe' all over the internet, creating a true 'dirah betachtonim' in the world. Please keep up this important work and when you find a real job, don't stop or pass the torch over to someone else.

one thing is for sure, that the satmar Rebbe crushed chabad. If not for him every rebbe would be scared to disagree with chabad.

and so tzig when you say today, after davening yechi, know that your lucky for not being a satmarererer

to yidel warter
i have never seen a point of the vayoel moshe so eloquently explained,
for me the sefer is above my head but after reading your remarks i went back to look it up and checked out the gemuras and rambams you basically explained only one line of the sefer i wish i could have more of your elaborations ,
how come there is no website to explain the words of reb yoel zl.
its interesting i have heard more from satmers about the 3 shevues and not the points you raise pinpointing mesheach objective

al hatorah etc.
nobody was against a medinah al pi Torah? Are you serious? How about the Chofetz CHaim, Rav Elchonon, Rav CHaim Brisker, Rav S.R. Hirsh, Rav Leizer Telzer. just to name a few off the top of my head. (all printed.)

True the Satmer Rebbe alarmed most of the time about the Shulesh Shveeas,
Because of the warning of Ani Matir Es Besarchem attached to it,
The same as you heard about Yermia Hanuvie forewarning the Jews about the punishments that will beget the more then any of his teachings, so did the
Satmer Rebbe always cry and beseech klal yisroel that the punishment of making a government without Meshiach is very severe.
Lets pray together the standard Satmer Prayer: That even if Meshiach will be the one who will dismantle the HertzelShtat it should be without punishment to those he did not wait for him

How about backing up one of those with a credible source?

Yudel Patience
was the rebbe of Urshheve Krulle a prophet?
Can you explain how come the shoah happened because of the 3 oaths, and the zionist country was established as a fact because of the shoah.
Did the prophet of Ursheve Krulle address this contradiction?
I would offer 2 explanations, that since the gentiles did not hold their oaths, so the Jews are free of their oaths too, as the holy sefer Zera Shimshon explains. or as the holy Avnie Nezer explains that since the gentiles offered it, after the balfour declaration, then the 3 oaths are obsolete.
So we are left with 1 question, why did the shoah happen?
I believe we should be smart and agree that we dont know darkai hashem

Does anyone know why we fast Tzom Gedalyah? if no government is allowed for jews we should have to make a big yom tov?

Moshe Rabinu trained us the ways of Hashem when he said to us in Devurim 8, 2, "Lmaan Anoischi, LeNsoischu" that Hashem gives us pain beforehand in order the Nisoien should be a balanced Challenge as a test to overcome
Without the pain of WWII the Nisoien of Hertzel would have been an easy one to pass , but its also a lesson that Heshem punishes also after the test was failed

Anon
no logic to your words, can you please elaborate