The Tree Through Generations 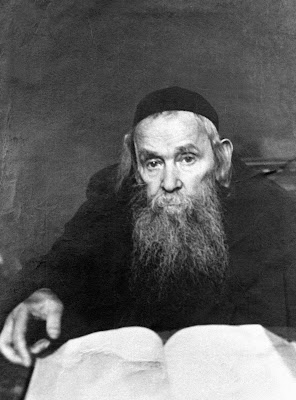 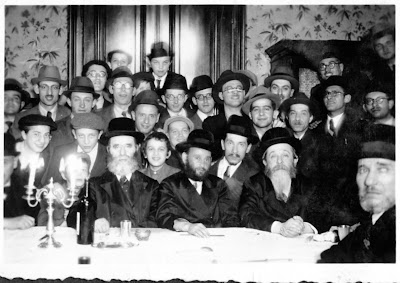 (Rav Yaakov Teitelbaum at his Vort in Vienna, flanked by the Kopycynitzer(r) and Sadigerer(l) Rebbes, zt"l) 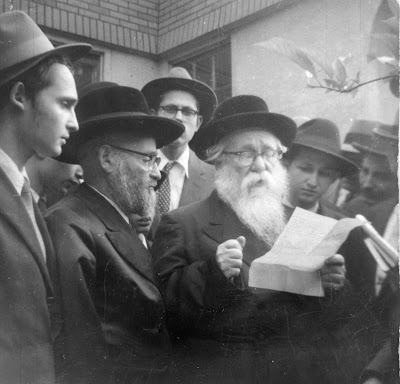 nice nice job- if they were ruzhin how becamse he lubavitch? what happened?

Many people sent their sons to Lubavitch because there were no other Chadishe yeshivas for the non-Hungarian crowd. Many Lubavitcher families come from these people, Others left and went onto other Yeshivas when they got older.
Chabad was mainstream Chasidic.

Nice pictures thank you. Just a correction, my great grandfathers name was Yisroel Mordechai Teitelbaum, not Yitzchok Meir as you have it listed.

'nice nice job- if they were ruzhin how became he lubavitch? what happened?'

After the war, the situation was more fluid, there were not as many options as there were before and after, people from different groups mixed and even married more than they might have otherwise.

Interestingly, in both cases, these great men left Lubavitch afterward.

I meant that he was the Gabbai of Reb Yitzchok Meir the old, old Kopyczynitzer Rebbe. I didn't even know his name. Thanks for informing us.

Oh -
Great picture of the Rebbe.
What a face.

Rabbi Aharon Schechter is holding Isaac Hersh prisoner in a concentration camp in Jamaica. The halacha of pidyon shivuim demands we do everything to ger Isaac released. Every day he spends in Jamaica in Tranquility Bay places his life at further risk. Please help.

A private jet carrying medical and legal professionals arrived in Montego Bay, Jamaica yesterday where they were met by officials from the United States Embassy who escorted them to the Tranquility Bay compound.

Once there they demanded and were granted access to Isaac Hersh.

Isaac was taken to the Embassy where he confirmed on the record that he had been abused by his father, Michael Hersh while living at home and was currently being tortured and deprived of basic necessities in Tranquility Bay.

At the insistence of Michael Hersh who currently has legal custody of Isaac, Steve Mostofsky who is Michael’s attorney and Rabbi Aaron Schechter who is Michael’s spiritual advisor, Isaac was returned to the Tranquility Bay compound.

Affidavits , together with the first hand testimony of the medical and legal professionals is being presented to a Federal Judge in New York who is being asked to take custody of Isaac from his father, Michael Hersh.

I wish I knew what this has to do with Teitelbaum...

In any event the whole thing seems very strange. What kind of frum guy sends his kids to a reform school in Jamaica????

yes Meir is too, and his father would sit up front at farbrengens. His father was a Tchortkover במקור

One of Rav Meier Shapiro's primary Rebbes was the heilige Shotzer Rebbe (Menuchas kvodo b'london habira) who apparently saw this precocious and genius youth growing up in Shotz and in danger of being diverted by anti-religious movements into studying medicinal sciences in university - so apparently the Shotzer Rebbe taught him much science at which he was an expert as well as Torah.

Ah, the days of yesteryear were so kedushash-saturated and literally thousands of kedoshim v'tzadikim walked this earth. We have no hasogo of their Gadlus. It is not Shayach in this Dor.

Moshiach come now for this and many other reasons!

Do you really need to delete part of my comment?

Can I really not write that DELETED

Is is that bad if one bashes the Lubavitcher Rebbe a bit?

There has been a nice amount of bashing of other Rebbes and ROshei Yeshiva on this site which I have seen.

How is the Lubavitcher Rebbe any different?

The only difference I see is that he is the only one that deserves the bashing!

Also, don't you find it a bit hypocritical that in a post about people pushing their agendas, you delete a post bashing the Lubavitcher Rebbe?

Now that is agenda pushing!

Hi sorry to veer off topic for you good people, but may I ask if Rabbi Meir Herlig is the rabbi who is also a shadchan and made many shidduch?
If he is, may I please ask his father's name (aka is he Meir Ben ___)