No Hungarian worth his salt hasn't heard of the holy Reb Shayele Kerestierrer. And I say Hungarian, both Jew and, LeHavdil, Gentile. A biography was recently published, and despite the fact that it may not have been the intention of the writers, we see how the whole purpose of Reb Shaye'lle was to help Jews in times of need. From the time he was crowned Rebbe by the Tzaddikim of his time that's what he was told to do, "helfen Yidden." And that's what he learned in the home of his Rebbe, Reb Hershelle Lisker, zt"l. We bring you one such anecdote, where a Jew's level of observance was not made an issue of - at least not by RSK, and once he helped him - and on that condition - made him change his lifestyle and become an observant Jew. There are many more such stories in the sefer, but we bring you one. We Hungarians who observed the Lubavitcher Rebbe "etvos," and saw how he helped Jews and at the same time encouraged shemiras Torah and Mitzvos to those who were not doing so at the time, can relate to that very well. 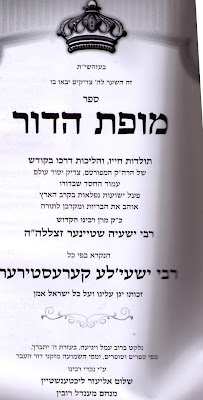 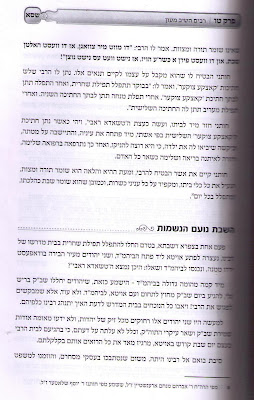 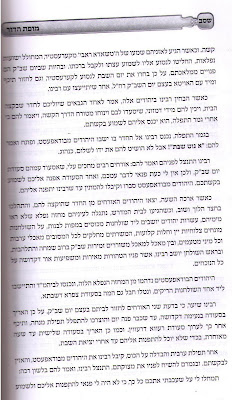 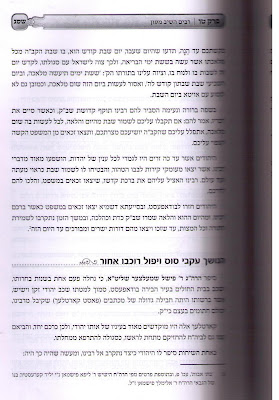 Is he the "mouse" Rebbe? When did he live?

unfortunately that's how most people know him, which is sad. Sad like knowing Reb Nachman from the Na-nach kippah and the Rebbe from billboards.

The rebbe liked being on bilboards and cable tv, don't mock it!

Did you start preparing your book review of "the rebbe" the life and legacy of the satmar rebbe, ytet?

I was still in cheder in Tehei Shnas Nisht Gefloigen and had lubavitch friends that had cable TV at home just to see farbrengens with The Rebbe. The kids ofcourse saw all sorts of other things too, sadly.

The roshei taivos of the year was something that the Rebbe pronounced yearly. How dare you mock it?! That's a real chilul Lubavitch to say the least.

if you can't stick to the topic at hand please refrain from commenting!

It makes it a better blog for all of us, you included.

his Rebbe of Liska was not that liberal, I think, maybe Ezra Friedlander knows better, lets contact him.He is probably in City Hall or in Albany

yes,yes,reb shayeleh kerestirer,was the biggest OHEV YISROEL in his generation,and his house was completely open to literarly thousands,but the only problem is,that you and i and everyone knows,that all these silly MOFSIM,are nothing but outright lies,
or some fantasy from someones fertile imagination.it is already high time,we stop deluding ourselves and our children with these silly mofsim stories

Anon
"or some fantasy from someones fertile imagination"
I still remember that 100's of survivors that had personal Mofsim in Krestir,
Heaich Hchai Yochel Lehakchish es Hachai, you have to be a fanatical Apikoras to deny all of them.

you are etvos fardreit!!! lubavitcher and their whole enterprise earns more income from the non frum world, then the yiddishkeit they supposedly sell to them

Mofsim Apikores
please explain how would you tell a person that will present you with a personal story with proof. Will you proof him wrong ? or shrug him off by claiming he is hallucinating.