All the Chabad sites are very excited, as if this was another sort of כיבוש

See the article in the WSJ 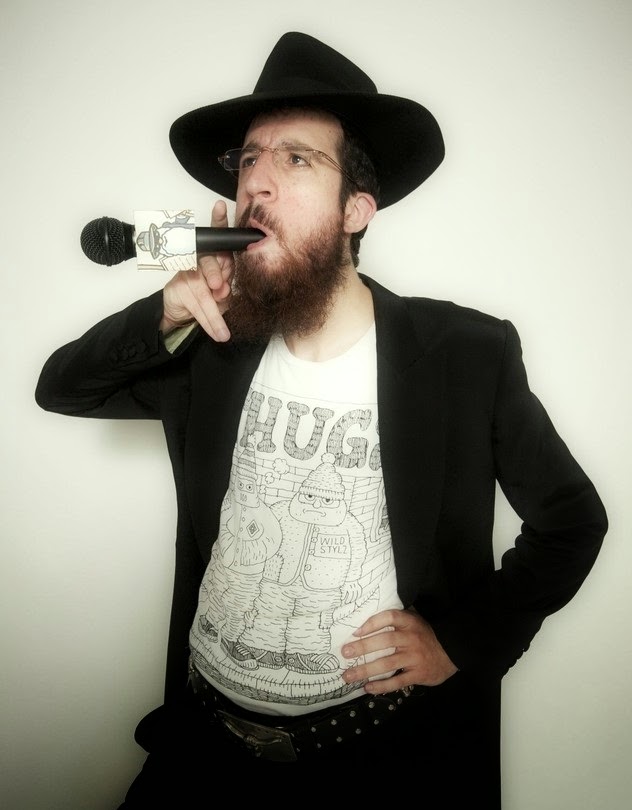 It's somewhat funny to watch, his videos from years ago poking fun at Crown Heights and Lubavitch culture - or at least it was. You could do with keeping your young kids from watching it, even back then. Then for a few years he lay low. Now he seems to want to go further. Moves out to LA and wants to rub elbows with the Hollywood types. Wants to "bridge the gap." Where have we seen that before? Oh, yes. And that didn't end very well. I don't have talent he has, so I can't relate to the yetzer hoRah he has, but there are other ways to use talents. I've never been to Hollywood, but people that have been tell me that once you get involved with showbiz, even on a much less formal level, even only on the production side, not actually needing to act or sing, it's tough to maintain any standards you may previously have. No matter what kind of gap-bridging you may have originally wanted to do. At least don't shlep Lubavitch and the Rebbe into the discussion! I'm not here to give you mussar, chas vesholom. I mean, Lubavitch is all about positive reinforcement, right? Mussar is for snags, I know. But I would like to tell him, that before he gets too involved in that culture that he discuss it with a competent mashpia, maybe a mashpia that has better foresight and common sense than the other guy's mashpia, who was a bit naive, shall we say, about what a full-fledged singing career might do to a freshly-minted Baal Tshuveh, or any frum kid, for that matter! Other than that all I can say is lots of luck, Mr. Pellin!
Posted by Hirshel Tzig - הירשל ציג at 1:04 PM

When the base is crooked the building will end up falling.
Yechi?

Yeah, I used to watch his chabad tube thing. It was cute and clever.

I would never have thought he would have gone chabad light. Its rather sad.

But maybe he does have a mashpia, how do you know he doesnt? because hes ffb and maybe gezhe?

A good way never to waver from the Chassidishe hanhogo that we are beholden to, is to ask ourselves if we would be proud to show whatever it is to the Rebbe. It's a good yardstick to use for mushpoim as well.

Pellin, Lipa, Weber, and the rest of the "enlightened chasidim" are basically following what they were taught. According to chasidus simcha is the highest level a person can reach. What they're trying to say is: If your bringing in simchah then every aveira is mutar.
Basic math.

Hershel , you are right on the money. We need to stop being nispoel from goyishe recognition. On the contrary when they say something nice we need to look on it very critical.

As an ffb who went somewhat otd, then became a bt, I keep waiting and hoping that someone with real talent will finally come around and give us some real kosher fun. For kids (al derech cailou, magic school bus, etc) and for adults. Just normal funny educational entertainment, coming from a kosher perspective, and with real talent. Not nerdy.
I thought the video young avraham was very professional, but it was a one time thing. Still waiting.

Anon
"Unfortunetly Chabad has no Living Rebbe "
Did shloma Carelbach not go his own way in the era of the Rayatz and the Rebbe zy"a
so what are barking about?