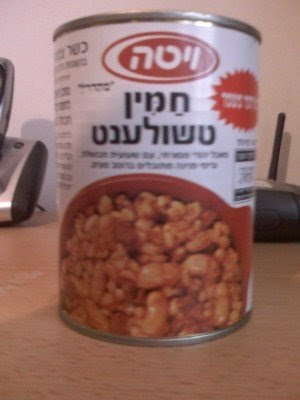 YNet examines Leil Shabbos in a pub in Israel.

There are those that say that the fact that Charedism/Chassidus has seen such a boom in the post WW2 world means little. It's all about the culture, they say, there's very little G-d in anything most people do, it's just that people are sooo afraid of what others will say that they stay in their own little worlds, often miserable and unsatisfied. The proof - they say - is in the fact that you see people doing very little in the realm of Torah and Mitzvos, yet they hold on to trivial things like certain aspects of dress for dear life, often to the extent of near Mesiras Nefesh. I'm not even speaking of elements of dress that could be confused as Inyonei Kedusha, just things picked up in our travels across Europe over the centuries. The above article seems to give credence to that cynical argument; namely that in today's world it's mostly cultural, and we shouldn't get so excited about the boom of yiddishkeit in Israel and the Diaspora. If Schneur has taught us one thing here over the years it's the fact that decades of accomplishment can be scoffed at in an instant, and statistics - real stats - can be discredited in the bat of an eyelash.

The article speaks of a group of boys and girls from chassidishe yeshivos and schools get together on Leil Shabbos in somebody's apartment and discuss the events of the week. These are Chozrim B'Sheylah, the antithesis to Chozrim B'Tshuvah if you will. They make Kiddush, eat gefilte fish, sing zemiros and have a grand ol' Jewish time, each doing his thing just like they did it where he grew up. The Belzer makes kiddush like they do in Belz. The Vizhnitzer sings zemiros with a vareme Vizhnitzer niggun, and so on. They talk about who got married and who got engaged, and whatever else is going on back in Bnei Beraq. When they're done they head out to a local pub to do what people do in pubs and bars. They seem to have it all; they have the trappings of a shabbos complete with Koh Ribon and Koh Echsof, and they have a Friday night like the rest of the world knows how to have, complete with all-nighters. Kind of like Chulent here, but in a more "in-your-face" kind of way. Friday night.

So here we have the first signs of a new generation. A generation where the culture is firm, yet that's all there is. And they hold on to what they've been taught with commendable devotion, nusach and all. Of course we can't learn a lesson from the behavior of those on the fringe, can we? The foundation is strong, we tell ourselves, just look at the number of Shtreimlach and Kapotes and Black Hats, and how they're growing by leaps and bounds! But any real introspection will tell you that the trappings are there but not much else. When was the last time you saw an average, simple man crying on Yom Kippur or any other davenen for that matter? When was the last time that were it not for a major tragedy that you saw people express any emotion during a Tefilloh or a Mitzvah? Yes, people are more acceptive of others, and they don't have the silly, deep-seeded disdain for foreigners and anybody not from their circles they used to have in the old days, but what did we gain in the trade?
Posted by Hirshel Tzig - הירשל ציג at 12:50 PM

Tzig - anon 1:04 is very right, but I think that both he and you are making the same point (albeit you from a Chabad viewpoint and he from a litvish viewpoint).

We are increasingly seeing a new generation that goes through the motions, but is devoid of Yiras Shomayim. The solution is to spend time learning either mussar, chassidus, machashava, etc. I th9nk that this is a point that we can all agree to, even if we disagree if to learn Tanya or Nefesh HaChayim.

If we don't learn things that give more meaning to our yiddishkeit, we end up going through the motions while being empty inside.

" It is this rupture in the traditional religious sensibilities that underlies much of the transformation of contemporary Orthodoxy. Zealous to continue traditional Judaism unimpaired, religious Jews seek to ground their new emerging spirituality less on a now unattainable intimacy with Him, than on an intimacy with His Will, avidly eliciting Its intricate demands and saturating their daily lives with Its exactions. Having lost the touch of His presence, they seek now solace in the pressure of His yoke. "

Profound Insight,unfortanate message an amazing wake ip call for ELUL but then again today what is ELUL?

I recall reading a very moving article by Rabbi Dr. Haym Soloveitchik regarding the eimas yom hadin by the amolige hamoyn am. Perhaps Reb Schneur might provide a link?

1. The can of Cholent tastes very good. I have purchased it at the Israeli grocery in the east Village a good many times. I think i noticed that Kahan's sells it too in CH.
2. Mark Twain - Lies, more lies and statistics.
3. If anyone is guilty of "avekmachen mitten hant" old Jewish traditions its the group centered in CH. For starters the "old" jewish tradition that does not identify Mashiach.
4.Charedi society has placed much too much emphasis in its educational system on intellectual activity eg studying talmud. More time ought to be allocated for the study of Jewish history, Bible, Tefillo etc.
Perhaps yeshivas ought to get someone like Zalman Schachter and teach the talmidim how to ... daven.
As long as we are chasshuve consumers of the American religion of total gashmiuth - consumerism, shopping, striving for more and the new, Ruchniuth will escape us. We will be to borrow a phrase from rabbi Symche Elberg Olam Haze yidden with a hechsher.

Maybe Mussar is too boring or fire & brimstone chases pepole of this dor away - pure Chassidus may be too intellecual or confounded for all. - How about NESIVAS SHOLOM - warmth of Chassidus & sprinkled with Mussar.

if only Nesivos sholom was the answer. The problem is you need to have the horse drink, even after you bring him to the well. In my opinion many of the "problematic" ones know it all, NY won't teach them anything new.

here's the link, that's where my quote was from

Why do you treat this group of people as a problem? That is so condescending and disgusting and denies human autonomy. If anything the Orthodox world should view their continued insistence on Vizhnitzer shabbos zemiros as a vindication of its own culture.

I didn't. All I said was if they thought that instilling culture would keep them away from the bars they were wrong.

Wiznitz always had these kind of chasidim in the Bukevina. The Viznits from today is not real, Viznitz of today you have Rebbes learning Minchas Chinuch and in Monsey giving a shiur in daf Hayomi.

Schneur
Its amazing your anti Chabad feeling will trickle down in any subject.

It is ironic that the group who does most to help lost yidden is itself most lost. I dont need to list the ways, we all know, chabad most of all.

The solution I believe will be painful but the solution that will save chabad. The solution is to separate 100% from the meshichisti families/groups/shliachim/shuls.

I know many think the meshichisti movement will dissappear but in reality it is only getting worse , growing and getting more bizarre and crazy. As a result the majority of the orthodox community have lost respect for you. Chabad is the punchline to many jokes. Additionally, amongst the majority of BT who you bring back, they typically dont want to be chabadnicks.

Furthermore, the Rebbe OBM is gone and it is time to get a new Rebbe. I know many chabadnicks who believe the Rebbe would have named a successor had he had the capacity to do so and the meshichisti not have been so strong. I have heard a rumor that there is secretly in the works a growing call for a new Rebbe. G-d willing it is true and will happen.

To all: pray for chabad meshichisti to make teshuva and return to Torah.

Why take every even and make some global conclusion from it. People are different. It is perhaps your need to have a homogeneous vision that you need to examine.

Who told you that things should be how you imagine them?

well then, do tell. How should it be?

hareidim (and chabad) created a strained, unhealthy culture that is in constant struggle with modernity and the world. It will explode sooner or later, get over it. What you describe is just bubbling before the volcano is busted.

Avodah based on Gemara..I am reminded of that story of the two snags who learned b'chavrusa gemara for decades and then one dreamed about G-d but knew from Talmud Brachos that it could not be so as he did not think of G-d all day... today it need not be two snags but any two chassidic/lakewood even Chabad students who only really learn Gemara all day.

NS is lukewarm... Ishbitz is the answer.

Plenty of Ayin Beis learners used to ride the subway on Shabbas 15+ years ago or so.... nothing new...

Vuden !
Yasher kayach.
The people in CH need religious leadership especially a community top heavy with people who have no Messorah.
In his article in TRADITION the GRACH notes that the pashute Yidden in his father's shul in Old Boston cried and davened with more hergesh on Neilah eve , than the Bnai Towrah in Bnai Brak whose davening was basically cold.
There is no greater break with our Messorah then the new Lubavitcher shita that they have a hergesh that the rebbe is Mashiach ! And I say this with the emphasis on the hergesh not on the identity of the Messiah.

Shneur
the bottomline the poshute yiden in Boston are gone with no dor hahemshech to go on VS. Chabad with its Hashkofes and the Benie Torah with their hashkofes.

>and they don't have the silly, deep-seeded disdain for foreigners and anybody not from their circles they used to have in the old days<