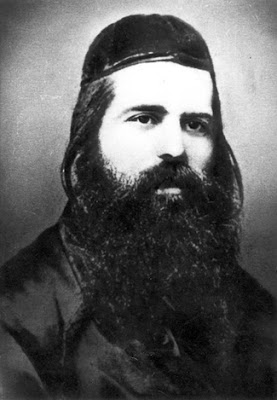 I was especially shocked to see the news about his sudden passing. Allow me to share my experiences with you all, for just a moment. Please understand that I mean only to highlight his achievements in life, not ח"ו anything else. (and if you can't believe me you're welcome to leave.) Kivi Ehrenfeld was the youngest son of the MR. While his older brothers were leaning heavily towards Chassidus and were more aware of their role, I guess, as the Rov's children, he was a normal kid. [That's not to belittle his other sons. They are very fine and eydeler yungeleit, great Talmidei Chachomim in their own right.] Kivi played ball with the rest of the Ch'san Sofer boys, and was VERY good at it. Notice how I highlight and put "very" in CAPS.I would imagine that was the way his parents wanted to raise him. Normal, like the other kids in their מוסד, and I don't think I'm going out on a limb by saying that he enjoyed being just one of the guy, not anybody special. I even believe he got a High School Diploma in YCS' very fine and NYS Regents Board accredited Secular Studies Dept. Then one day, a few years after his Bar Mitzvah, Kivi became very serious, started learning with a tremendous Hasmodoh, and never looked back. I don't think any of us had ever seen such diligence. It was as if he had received a new neshomoh, a נשמה that was כולו תורה. And it was all very much in a way of הצנע לכת, without benefiting from it in any way. We were all in awe of him, and it taught us a tremendous lesson, that all it takes is a little will to change. ( I guess זכות אבות didn't hurt either, but that only goes so far...) It's been a while since I've seen or heard from Kivi. Not that we were every buddy, buddy. I may have seen him in London - I don't remember. And to hear this piece of news right at the beginning of the work week is absolutely terrible. I knew that he had gone off to learn in Eretz Yisroel, to Ponovizh, maybe, but since he was no longer part of YCS in Boro Park (at least not in the period soon after he left, I don't know about today, but I would assume that since he lived in Lakewood that he wasn't there every day) [now I hear that he would drive in from Lakewood and learn with יבלחט"א his father every day in Yeshiva...] I knew very little of what was going on with him, and now I know... What a terrible update on a young Talmid Chochom's life!

What grades did you learn in Ch'san Sofer?

Why did you feel it necessary to go out of your way to indicate you only mean well and not c'v something else? Why would you suspect some might think otherwise?

why Joe? because after doing this every day for 7 years I know my customers and I know what they'll say. So I'm trying to stop it in its tracks.

As an infrequent visitor here I'm not familiar with the background leading to your disclaimer. Since it is a thought of common knowledge, I am hoping you can clarify what misconception might have been assumed by some, that the disclaimer was needed. I simply want to understand.

You learnt in Ch'san Sofer?

people would think that since I'm no longer in the Ch'san Sofer world that I'd look to knock them.

I met up & became friends with a number of bochurim from Chasan Sofer in BMG. I met Kivi zl at a Mattersdorfer chassuna when he had just become a chosson to Frishvasser. We sat together & had a blast. He really was a geshmake guy all around. Ruach habriyos noche haymennu. This one really hurts.

I knew him in London, being acquainted with his wife's family, and used to daven with him in his schver's shul.

Such a sweet guy, never saw him get upset at anything, even though it was clear that he was not truly happy away from his home country.

The Presburger family all learned,regents, the Chasam Sofers 2 sons, the Kesav sofer and reb Shimon sofer all had teachers for the secular studies.

Just on the heels of the fetter's petira, R' Simcha Schustal zl