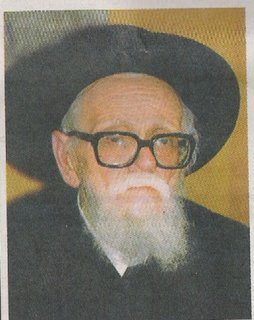 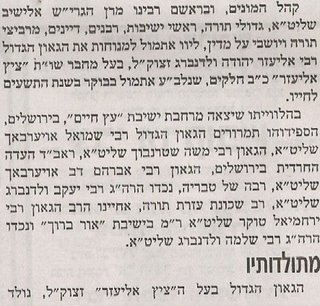 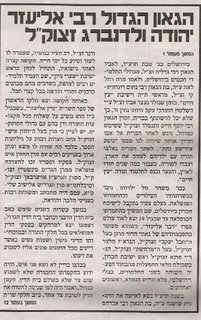 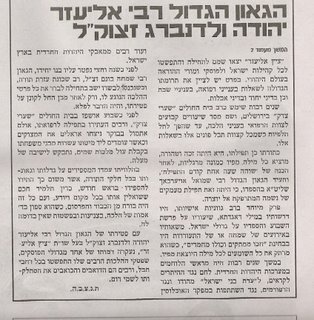 Am I the only one that thinks that your readers are incapable of commenting on anything apolitical? Was the ציץ אליעזר not "big" enough for anyone to have heard of him and say a few words. My G-d!

he was a genius in the world of halacha & medicine he was 1 of the pioneers in that field. Reb shloma zalmen was more baal sevora, but he had a vast knowledge in torah as a whole, his ahavas yisroel and ahavas eretz yisroel was of the old school, he wasnt influenced by all the hate mongering of yerushalem and bnei brak.

You forgot to mention that he was a major Snag!

B"H he never ever saw the Rebbe.

Please tell me of ONE Lubavitcher that lived in the last 25 years who wrote as many Teshuvos as him?

Besides Hagoen R' Yoel Kahn Shlita, you have ZERO. That's besides the Rebbe MHM.

you give Snags a bad name. Stop spouting stupidity.

I don't know anything about Rav Valdenbergs shaychus with Lubavitch, though it's probably not to much, but I believe his only son z'l who was a gevaldigeh talmid chochom a kanoi and an ish emmes married someone from a Lubavitcher family,I think the name was Segal,