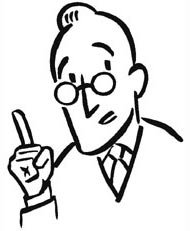 From the Wiki page:

Since the business of the Working Group required a continuous supply of large sums of money, they turned to the international Jewish organizations for help, via their representatives in Switzerland. Here lies the root of a bitter and continuing debate. Weissmandl claimed that too little money was provided too late and that this was due to the indifference of those he asked. Specifically, he accused the Zionist organizations of refusing to assist in saving Jews unless they were to go to Palestine (a condition the Nazis were unwilling to accept). Weissmandl supported his allegations by quoting letters from memory, but the original letters have never been found and some historians such as Bauer doubt the accuracy of his memory.
Posted by Hirshel Tzig - הירשל ציג at 12:40 PM

Labor party of tziyoynim which was at power covered up their agents. They probably themselves killed Kastner (whom they first rendered non guilty), because they didn't want the truth to come out. Communist methods were always their trademark. Lemayse, until now they didn't admit all their crimes.

Mah inyan Kastner etzel the question of how much money was available for rescue efforts? And Mapai wasn't in power during the War...

Oh, and Randy Cohen's an idiot; but that's hardly news.

Well, Milhouse, the Jewish Agency/Leadership in Palestine did become Labor later on, no?

My question is why was Kastner considered a collaborator when the same people scream that BenGurion could've saved lives by "buying" Jews?

1. What's that got to do with the question at hand? How could they use their power to "cover up" this matter. Either the funds were available or they weren't, either they made such conditions on funding rescue efforts or they didn't, and either the letters in question said what RMBW said they did or not.

2. Kastner bought his own life and those of a few hundred Jews, not with money but with the lives of tens of thousands of other Jews. That made him a collaborator. Yoel Brand tried to buy Jews with money, and the Jewish Agency turned him over to the British. None of which has anything to do with the topic at hand.

so what do you say to the fact that Reb Michoel Ber Weissmandel and the Satmar Rov allowed themselves to be rescued "at the expense of other Jews?"

What were they supposed to do, refuse to get on the train, and be killed? What would that have achieved for the Jews who were sold down the river? They had no part in Kastner's treason, they were just after-the-fact beneficiaries of it.

They had no part in Kastner's treason, they were just after-the-fact beneficiaries of it.

Well, some people would refuse to be the beneficiaries of such a transaction. Just like at roll call in the camps if one tried to escape then another had to take his place, even if it meant that they were to be taken out and executed, r"l. These were common Shayles during that terrible time.

Milhouse: Don't try to present Kastner as a single machinator. His actions were approved by MAPAI, and such ideology was (and is) normative for these reshoim. But they were so scared to face it publically, because it was a threat for their power, so they killed Kastner just in case, even though they first ruled that he wasn't guilty (overruling the original decry that he was guilty in murder of many many thousands).

It's not a comparison. First of all, there was no problem with escaping, even if you were sure that they would kill someone else in your place: who says the other person's blood is redder than yours? You're not killing anyone, they are. If a lion is chasing two people, are they not allowed to run, because the faster one will be saving himself at the expense of the slower one?

But this case is completely different. Kastner's train tickets had already been paid for, with the blood of thousands; refusing to take the ticket wouldn't bring any of those people back. If the SR had refused to go, then another of Kastner's friends would be saved in his place; why would that be a good result?

Would you refuse an organ transplant from a murder victim, just because it would mean benefiting from a crime? If a Camp guard offered you food, would you refuse it because he probably stole it from someone who needed it? How about a coat that you saw him take from his last victim? Would you refuse it? If so, why?

> Well, some people would refuse to be the beneficiaries of such a transaction.

Were they in charge of deciding (either they or others?). Those shayloys appeared in such cases namely.

I am a belzer chasid, but the Belzer Rov and other rabonim got visas that were designated for Zionist, so if certain jews (and I admit I am 1 of them) believed that a tzadik has to be saved before other Jews, so why couldn't Ben Gurion believe that building a medina is more priority then saving certain jews, since according to his big picture a independent country will save world jewery? Why is it impossible to understand his view?

R' Michoel Ber ZTZ"L never forgot a thing! Nor did he ever lie.