A Tale of Two Yohrtzeits 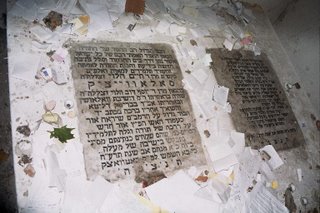 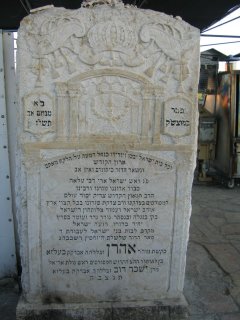 Reb Chaim and the Belzer Rov could not be more far apart as far as personalities go; yet they share the same Yohrtzeit. Can we find common a denominator between the two?

I doubt Reb Chaim's kever was ever frequented much, at least not by his family, even when they lived in Europe, simply because it wasn't done in Litvishe circles. In Today's day and age there would be an עלי' לקבר every year if he was buried in Eretz Yisroel. He was nifar in Otwock, Poland and was buried in Warsaw, although there was a Din Torah (IIRC) between the peoples of Warsaw and Brisk, with both wanting the Tzaddik to rest in their midst. The Warsawers won.

The Belzer Rov's ציון on הר המנוחות is a place where thousands flock to have the great Tzaddik beseech Hashem for them, just as was done in his lifetime. His love for every Yid was legendary, and he could see only good in every Yid, no matter his level of religious observance.

stories about the Baal HaHilulah 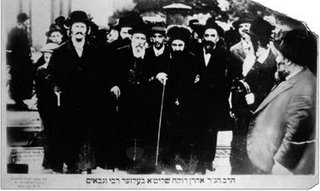 "...a place where thousands flock to have the great Tzaddik beseech Hashem for them."

I was always taught that it's catergorically forbidden to ask anything of the niftar. What one may do is to daven to the Ribbono Shel Olam in the zechus of the niftar.

who taught you that?

Rav Chaim Brisker doesn't need so many visitors at his kever. People are learning his Toirah all over, he constantly has sifsoisov doivivois bakever. I could understand why some others, who don't have that situation, might want more visitors though.

I would say that Rav Chaim would rather people learn his Toirah where they are than to be mivatel from learning and doing mitzvois to come from all over, at great cost of time and money, to visit his worldly resting place.

You see how you ruined a good thing? You had me thinking that you could complete a sentence withought putting down others, but I guess not.

It's true what you say about Reb Chaim though.

I think i will add this post to my blog.
Geat Job =)

just 4 the record, your rebbe, lubavitch, referred to the belzer rebbe zy'a as the 'tzaddik hador'- a term that he ususally only used for his father in law- how's that?

what have we here? a Tziyun of 2 Gedolim, Reb Chaim and the Netziv, non-Chassidishe, and they're full of Kvitlech, Pidyonos!

Is that too aproblem, that he heaped such praise on a Rebbe other than his father-in-law?
Besides, the term he used for his FIL was נשיא הדור, OR נשיא דורנו, not the צדיק הדור

can we ask who was the individual in question who heard this from the rebb?

it was reb chaskel besser,