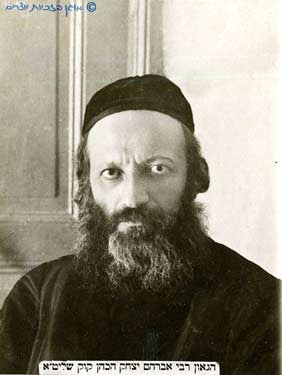 חבקו"ק is the Nutreiken of Chabad, Breslov (Rav) Kook. (Recently the Dorshei Reshumos have changed it and added "Carlebach" to the mix, so the first Koof is for Kook and the second for Carlebach.) You've probably heard of that term. There are many that fit that criteria. They enjoy all three streams. They very often enjoy certain elements of each one, but enjoy as much of it of the others, so they made some kind of hybrid of the three, because one is not enough. They cannot do without all of which every group has to offer. I can appreciate that. For some people sticking to what their group does and not looking elsehwere is difficult, sometimes even for myself, so they take what they like from all groups. several charedi groups - including but not limited to Toldos Aron & Emunas Yisoroel have kind of done that too. What I'd like to discuss is what actually attracts the CHaBaKOOK'niks to davka these three. Why not Ger, Breslov, Karlin? There are several ways of looking at it and coming to conclusions.

1) There's the common thread of acceptance and Ahavas Yisroel that are very prominent in all three streams. Many of those who become ChaBaKOOK'niks are new to the Chassidic world, or maybe even new to Orthodoxy. They need places/groups that will accept them - no questions asked. All three groups answer that call one way or another. With Rav Kook it caused him lots of heartache and scorn from his peers. He loved Jews too much, but he couldn't "help" himself. There's also the love of Eretz Yisroel that burns in the hearts of most non-Hungarian Jews that people see throughout his writings and identify with. In Breslov it's the love that makes 20,000+ come to Uman every year, the fact that Reb Nachman loves you no matter what you've done in the past. You can start a new life and do what's right, and he'll shlep you out of hell once you're done on this world. The message of Hischazkus and never being meYa'esh is one that people in touch with their inner self love to see and hear, and where better to find that message than in Breslover wrtings and teachings? In Lubavitch you know the story; "bei unz iz alles ofen," they say...

2) There's the fact that you can basically come to your own conclusions regarding many concepts since all three leaders are no longer amongst the living. IOW, there's nobody to stop you from making Reb Nachman into a mantra, The Rebbe into an image on a yellow flag and Rav Kook into a vegetarian Reformer or a hard-line underground member out to eradicate every Arab in his midst.(With Carlebach there's less to distort.) Having such freedom when it comes to defining yourself is beyond value. You can say what you what when you want and nobody can stop you. Who wants to worry about being called in and reprimanded by the man you claim to represent or by his ancestors who carry on his name and legacy? This way they'll never bother you. You start your own group if the pressure from the others gets to be too much. Obviously most people don't fall into the category of breaking off and starting their own little groups, but many do fit the bill of not finding one group that meets all their spiritual needs. More and more people feel that way these days - that even their own group doesn't necessariily speak for them anymore. But for most people leaving is just not an option. They need their culture, despite all the shortcomings they see. But for the people who never really had a group/culture of their own CHaBaKOOK is a very appealing option. 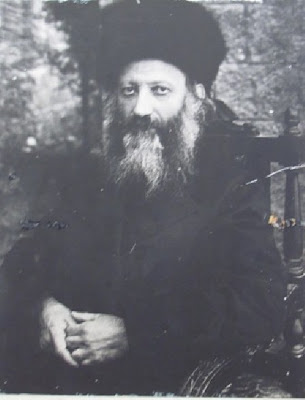 I think Tzig you mixed up how the people who add SC to the mix do the acroynm. It is Chabad, Breslov, Carleach and Kook. Or Chabak and Kook. Much easier.

Tzig In ordr to understand this group ( and its not an organized group at all) you need to be familiar with the chunuch system of the National Religious camp in Israel that includes various types of schools all the way from classic yeshivas like Merkaz harav and rabbi Tau's yeshiva to modern orthodox Liberal high schools teacher's colleges, almost frum places schools like Midreshet Noam, Kfar horeh,Horeb in jslm etc. Until recently these schools all taught a brand of Judaism very much intellectual thought etc. there was very little emotion atatched to being a Mafdalnik except for the Love of Medinat Israel.. What the Chababkuk people mean by using this term is that they want a more mystical Judaism , ajudaism of joy and prayer with an emotional component not just learning gemora or other sacred texts. But the study of mystical texts and its practice. These people are not ready to became Chabad chassidim and they are not ready to undetake the course of Gefes study in Merkoz Harav or rabbi Thau's yeshiva or they are not ready to become Breslever either. they are counter culture people and that's where Shlomo Carlebach comes into the picture he is the poster boy of the frum counter culture. (I will add that I am not an expert about the chinuch system of the Mizrachi either but this is what I can gleam from looking at Mizrachi magazines and appers where i work thus i welcome comments on what I wrote )
The frum Kukians are called Chardalniks and they have mosdos and a life style of their own.They are as frum as any charedim maybe more so, the intellectual Kukians are academics and some Tzohar type rabbis. Chabad and Breslov have plenty of groups etc, but Chabkukians want no misgeres they just want spirituality its a state of mind and a rebellion against the middle class intellectual values of the middle age Mafdal establishment.
Finally no discusssion like this can be complete without mentioning the amazing renewed interest among many israelis of all sorts in the teachings and writing sof Rav Yuda leib Ashlag the Baal hasulam. Books and articles and study group come out and start every week.
Yasher koach for the article on these group and talking about Rav Kuk and his personality.

HT,
Thanks for writing abt this often seen and totally misunderstood group. Your description fits the spirituality seeking, serious frum Jew who is trying to live a carbelach style of rejecting fargrebte gashmius mansions, cars and finds meaning in these 3-4 movements. The nasty underbelly of this is the guys who smoke dope in uman on RH, 770 on ST, @ a happy minyan on 17 cheshvan, and at hafganot in yesha. As u correctly point out, it has not real leader so it probably will fizzle out in time.

I wanted to add that I recall reading of a Mizrachi high school in Ramat Gan run by a rav Shapiro which I recall stresses the Sefas Emes teachings.
I really wonder how much of rav Kuk's writings are undestandable to teens and those not trained n kabbalisitic terms and mind set. , perhaps there are kittzurim and perhaps they make do with the sichos of rav Zvi Yehuda Kuk.

these people larn seferim to get high...really you should take out H and put in R for radzin-ishbitza...

feel good judaism/spirituality that gives you a buzz but allows you to be a part without requiring a major fealty to dikduk bimitzvos...

for many its better than nothing

To Reb Anonymous of 12:49 pm:
How do you know these people are not medakdek bemitzvos? The only fealty they lack is to the

who wants to know?

Is the Tzig obsessed with dress codes? Bashing those who preach conformity and loving (these groups) that don't have any dress code?

The Tzig is not an obsessive type at all.
where did I bash?

Sorry,your are obsessed with with your HUNGARIAN PAST, and want to proof that Chsam Soifer v'talmidov were off, and Lubavitch and compromises to modernity (like it is Lubavitcher shita-right :)) is the only way.

What do you think of Aharon Dov Halperins editorial on COL against Yaakov Friedman?
I read both of Yaakov Friedmans articles and they were very well written.He is one of the best frum writers in my opinion and Halperin does a terrible disservice to the Rebbe and Chabad with his bitter and cynical editorial.
Would love to hear your opinion.

Where is the link?

R'Hirshel,
A big yasher koiach!
I"ll tell you why:
What Halperin did is a ma'aseh asher loh y'oseh bimkoimeinu.Friedman is actually bending over backwards NOT to get into any fights with Chabad and right positively about them, though you know that there is a lot that he could write veda"l.
Comes this guy, who's magazine is basically dead and thinks he can score by bareding Friedmans rov,which allows that group to write the same about the Rebbe.
I was scared you'd agree with him and then be scared that there are no partners for peace.
This guy, with a dead magazine is struggling to show that he still has a place, therefore he is being divisive

1) friedman has needed a haircut dahuf ,at least since he started puplishing 10 pictures of himself each issue
2) He needs a course in writing...
3) rav shlomo aviner is a 1000 times smarter than him...the initervuiw wirh R,S,A, SHOWS HE HAS NO KAVOD HATORAH...

I agree that what this bochur did is very unusual for a Lubavitcher bochur.

Now Halprin can rip me apart too.

For next time, please leave that kook guy out of the picture, I'd take Carlbach rather...

They are a devout group. I know personally because I associated with them as a young post high-school bochur coming off the plane. I eventually left and became a close chusid of a certain rebbe. Anyone who says bad of them as a group is oyver groyse aveiros. These heilige Yidden can even be seen at any tisch in Eretz Yisroel. They are true oyvdei HaShem.