Ever hear of the Yabloner Rebbe?


The lecture is quite fascinating in and of itself, in its entirety, but the smetene, if you will, starts at about 1 hour 14, when the discussion starts about Kfar Chassidim in the Holy Land, and the Yabloner Rebbe. But if you wanna hear all about early Orthodoxy in Los Angeles, then by all means.

These words were said in פרשת בא, תשי"ז. Many of  you may have heard it over the years, but figured it was hearsay, or exaggerated to a certain extent. But here it is. שווארץ אויף ווייס.

"מי אני ומה אני to admonish the Jewish people." But I cannot be silent, being that I am the only one - there is nobody else to assist me. If not for the Satmar Rov saying it again and again, reprimanding the Jewish people, "there would not be a minyan of Jews who believe in G-d."

Now, if you ask a Satmar talmid he'll tell you that the Rebbe zichroyne livruche means to say that all Jews who did not believe like him didn't believe in G-d fully, because they were tainted by heresy. Namely ציונות. So it's not such a major statement. Kind of like the vort from Reb Chaim Brisker: נעבאך אן אפיקורס איז פארט אן אפיקורס. I suppose we can count the Brisker Rov and his sons, and Reb Amrom Bloy in his minyan, since they were all still alive. Other than that all the few hundred Edah'nikkes and Toldos Ahron'ers would also not have been clean and pure. Yossel Ashkenazi doesn't make the cut, in my opinion, either. Nor does any of the tier 1 gedolim who lived in Eretz Yisroel in 1957. Like the Tchenibner Rov and the Gerrer Rebbe. You can assume that he waited until the passing of the Chazon Ish a few years before, and the Belzer Rov the previous summer, to make such a statement, otherwise the world would be up in arms. So to be fair let's say that he's only counting those who were alive at the time. Those who passed away already didn't need him to teach them right from wrong. There would less than ten true G-d fearing Jews alive in 1957 were it not for him making his points over and over again. The late Ponovizher Rosh Yeshiva (d. 2002 2001) like to say that he always looked over his shoulder to see what the Satmar Rov was saying, to keep him from going overboard in his quest to juggle the issues that Haredi Jewry faced in the Holy Land. But it seems like that didn't suffice for the SR.

So I ask my many Satmar friends here: did the SR mean this in a literal sense? that all those who are tainted by ציונות - vote in elections, take Government money, etc. - do not believe in G-d? and if he wasn't being literal what else falls into that category? What else did he say that he didn't REALLY mean? 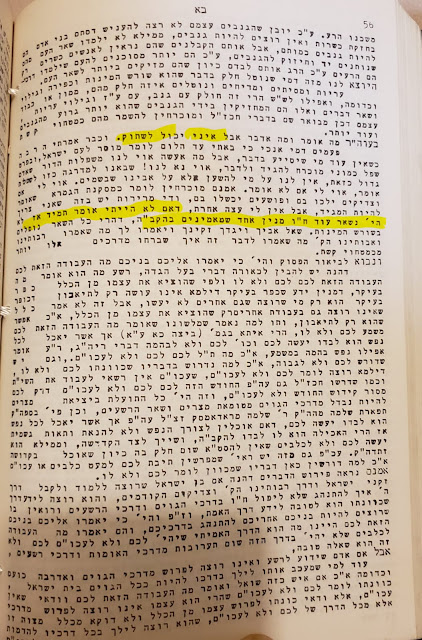 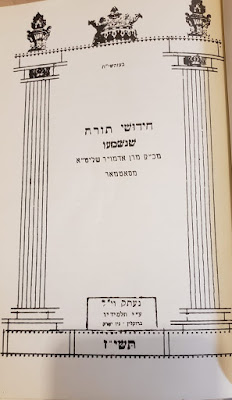 I've heard it said that with this story justice was finally done to the כבוד of the Lubavitcher Rebbe who is the one who deserves the most credit for the Skulener Rebbe's release. The Skulener Rebbe's yohrtzeit was Friday, Erev Rosh Chodesh Elul. Our friends in Satmar over the years have tried - and have been successful - in covering it up. Thanks to the opening of the JDC digital archive to the public Dovid Zaklikowski was able to bring to light the evidence for it. You wouldn't know from the subtitle of the story, though. Almost as if they published the story but didn't want that to be the main point... With very special thanks to the family of Rabbi Binyomin Eliyahu Gorodetsky, the unrelenting activist, who headed Chabad-Lubavitch in, among other places, Israel, Europe, and North Africa... the JDC's archive has this entire Parsha closed... nothing is available on it online...

Hirshel: in the "נישט געזונטע יארען", after the stroke in תשכ"ח, the house of the Rebbe Reb Yoelish of Satmar, situated at 500 Bedford Avenue, Brooklyn, was considered a den of אינשי דלא מעלי, (certified by the ברך משה in his first Torah given to his new chasidim) ליצנות was rampant. Reb Mottel Zilber פון סטוטשין interprets this מושב ליצים as העכערע ענינים... (he should be hired by the Reb Mendel Vizhnitzer שוואנצונעס Co.) obviously the Satmar Rebbe himself was part of the mood ----- ליצנות was the commerce of the day. Before davening and after davening. There was always time for a good shmooz. This Shabbos I chanced upon a pamphlet on שמירת עינים. Most of it is quotes from the רבי ז"ל. I'd say that the editor of this pamphlet isn't the sharpest tool in the shed. They put in a story of Reb Mordeachai Duved Kohn a משמש in the early years. In the next room of Reb Yoelish's chamber there was a hangout of the guys, and some woman who was apparently the Rebbetzin's friend would also spend time there. The hangout tuned into raised voices of laughter, so much so that it was heard in the other room. So much so that Reb Yoelish had to walk in on them and rebuke them, being shocked that there was mingling and laughing going on with an אשת איש. I don't think there was another Rebbe in those days that had that casual an environment next to a Rebbe's חדר... I can't imagine R' Shaye Unger laughing and being casual with neither a male and definitely not a female, with the Skverrer Rebbe in close proximity.

(with apologies for the פארדרייטע pictures, etc.) 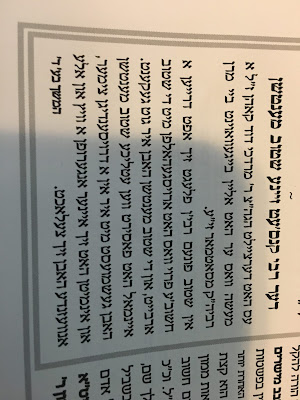 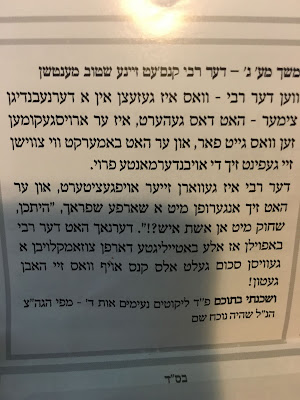 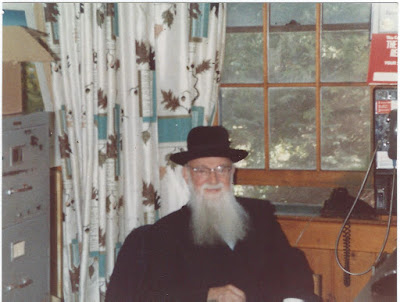 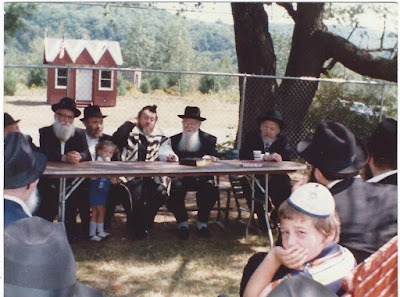 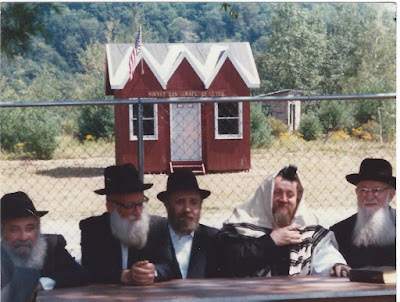 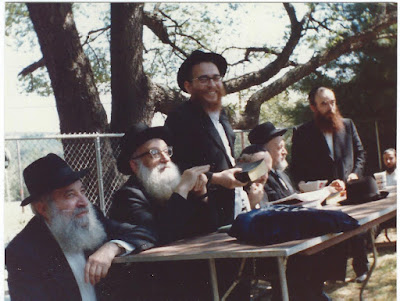 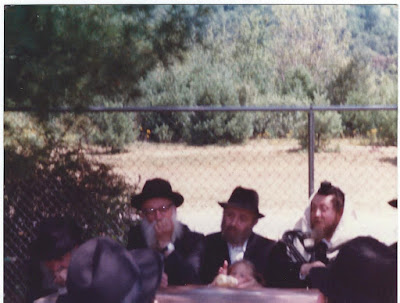 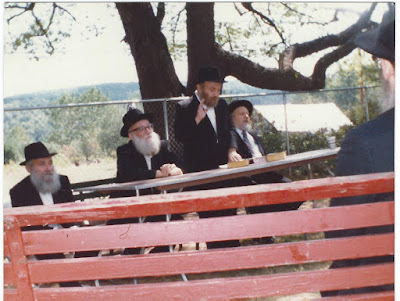 New book published that has images of the original מצבות of The Rebbe Chaim Schneur Zalman of Liadi, son of the Rebbe Tzemach Tzedek, and his son Reb Yitzchok Dober, aka מהרי"ד, author of the סידור מהרי"ד, also Rebbe in Liadi. The matzeivos were destroyed in 1930 and the text of the Matzeivos was not known. Reb Chaim Schneur Zalman was also the first shver of the Rebbe מהר"ש. His daughter passed away a short while after the marriage. There is talk about a קפידא from one of the other brothers who wanted מהר"ש for a son-in-law... 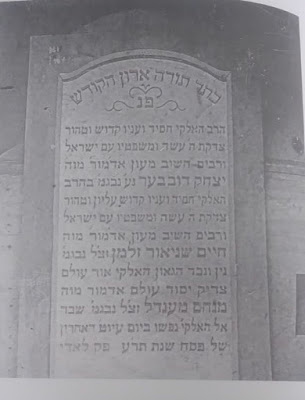 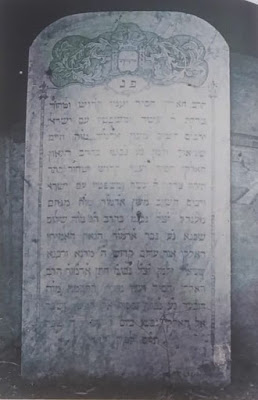 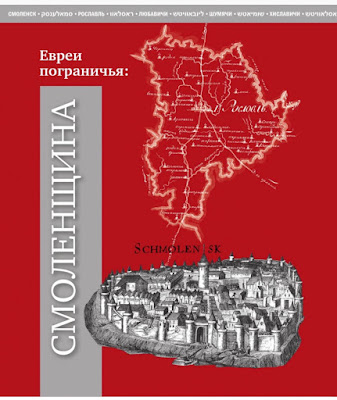 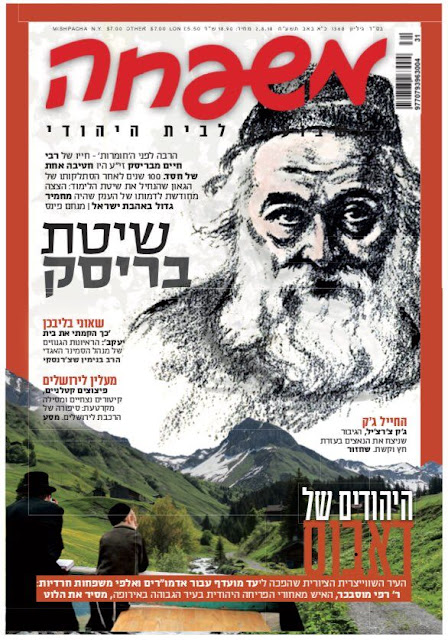 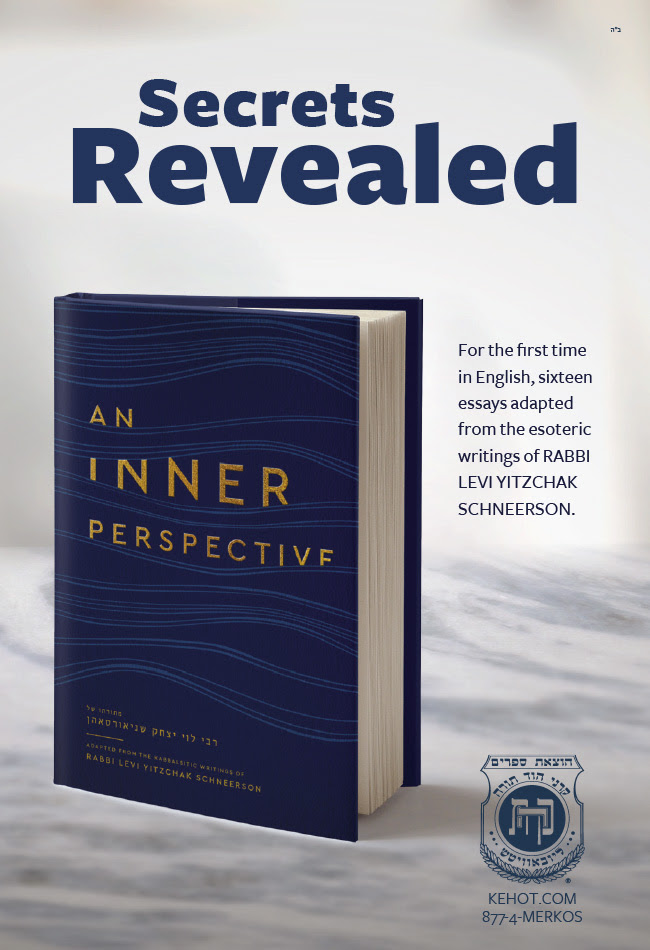