It doesn't start right away. You need to read the whole thing.

So why is Mishpacha Magazine touting a book that some stores in Monsey won't carry?

These are just 2 3 of the 5 pages in the book dedicated to "Moshiach." Sounds like the rants of some random hater dude in some shtiebel, not that of a רשכבה"ג. The funny thing is that I know from first hand that the reason they're highlighting the book is not because of the anti-Lubavitch section because it's anti-Hafganos, which the מחבלים say he was for, so he published the book to show that he was against demonstrations. They didn't even bother to read the book. Very noble of Grylak. Mamesh. He's making sure we're on the straight and narrow. So if you're worried about the Mechablim why put this stuff in? So the author says Reb Chaim Kanievski told him to keep it in. I guess אז מ'פרעגט איז טרף. I guess he didn't really need a reason. I guess old habits die hard. And I guess a מתנגד בלייבט א מתנגד.

Or he's just trying to make מרן ראש הישיבה look bad, because some of the stuff in there is just plain comical, like this one: "אחד שרצה להקים בית ספר לרפואה עבור בני חו"ל חילוניים כדי שלא ילמדו עם גויים ויש בזה תועלת שלא ינשאו לגויים. השיב: שאין עניין להשתדל שלא ינשאו לגוים - ובמקום זה ינשאו ליהודיה בחיוב כרת, שלא ישמרו טהרת המשפחה". Which got me thinking: You think the Brisker Rov, who supposedly so held of this man, would act that way in Brest-Litovsk? When some couple who wouldn't probably keep Taharas HaMishpocha would come to him to get married, would he tell them not to get married because they'll get כרת? Or would he marry them knowing full well how they'll live? Remember; in Brisk there was no teilung and no Reform. If you wanted to get married you went to the Orthodox Rabbi. So where exactly did he get this mesorah from? So only if they want to do we allow them to marry Jewish, but we don't encourage it? Nice boych s'voreh. I wonder what his big chossid Reb Noah Weinberg would think of that. 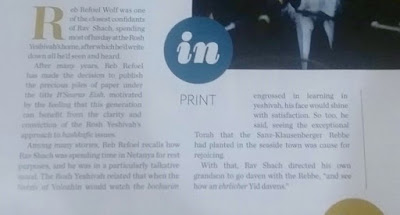 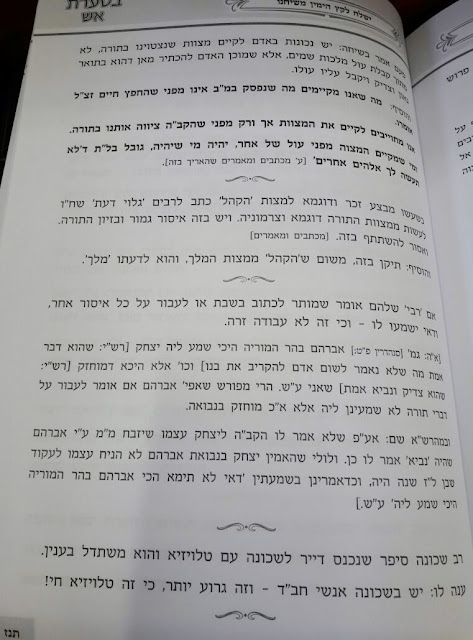 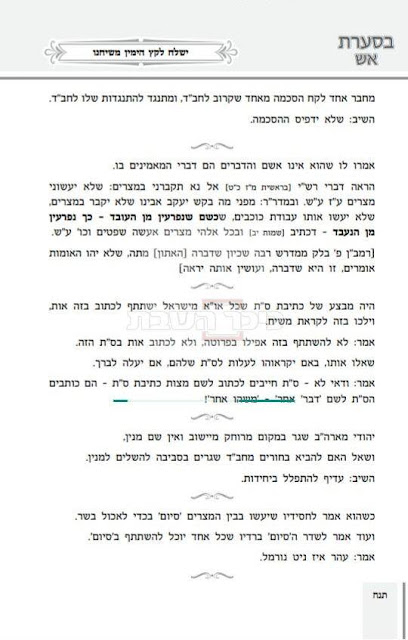 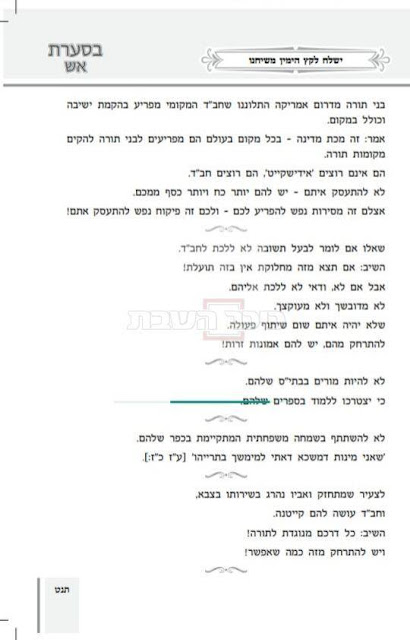 Rabbi Frankfurter, was this sitdown also at the behest of your Rebbe, HaRav Dovid Soloveitchik שליט"א?


Or was it the spirit of the holy Satmar Rov that drove you to do this, namely sit down with Jane Eisner, maybe Orthodox Jewry's #1 adversary. The one that revels in witch hunts in the name of "צדק צדק תרדוף" and similar catch phrases to excuse going after the likes of the Mohel Fisher or שלום מרדכי הלוי בן רבקה. Nobody begrudges you getting publicity off of Turx's run-in with President Trump, that's the business you're in; namely selling magazines. But to make political hay is another matter. Either stand your higher moral ground or quit preaching to us from the holy editorial pages. Or send your kids to the IDF and maybe refuse to serve in the "occupied territories." That'll make JE happy.
Posted by Hirshel Tzig - הירשל ציג at 1:30 PM 15 comments: 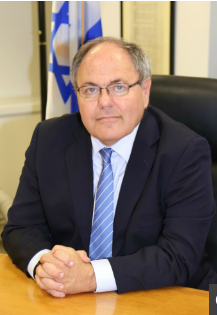 Jake Turx takes it on the chin from the Prez

Truth be told it looked pretty bad when it first came out, but in this context it looks better. The phones were ringing off the hook in Frankfurter's office. Even Jake thinks it's not so bad... Is this Ami raising the ante and trying to go all official with a f/t man in the press room? Is this a first for a frum publication? Is he moving to the DC area? 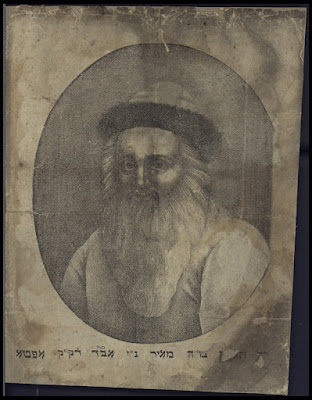 In today's קנאות era where the trend is to follow whoever can produce better curse lines on Israel from Shmuel Auerbach's movement to hamodia editorials, these Rebbes like Reb Avrohom Mordechai of Ger's views of pro State are yesterday's style.  No customers for it.  They just don't sell. In the book ימי מגורי he recalls what Reb Avrohom Mordechai said from tehillim before the creation of the State, when things looked very bleak, mamesh prophecy on the new country,  and he saw a big yom tov coming. I'm not so sure it shtims with your Rebbes' views, both RYY and the Rebbe, but it's always good to stick it to the "kanoyim." 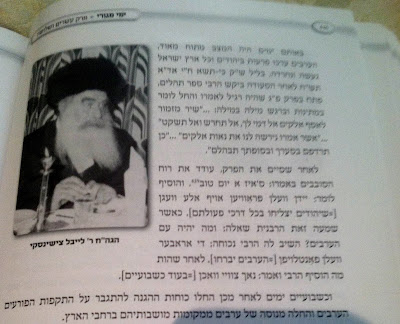 We're used to this kind of talk coming from Chassidishe Rebbes throughout the generations, but not so (mich) from our Litvishe brothers. Here we see another side to the CC, a פטרון to Jews, beseeching their father in heaven, asking him why he chose the Jews... Asking for Jewish children to have shoes for the winter... Reb Chatzkel the Mashgiach seems uncomfortable with the idea, so he makes a Toyreh out of it - צוויי דינים, if you will. What would the CC say about the Holocaust? 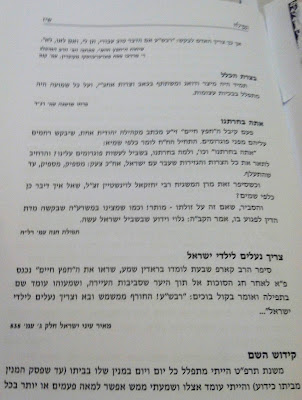 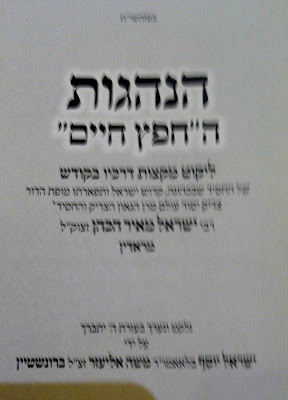 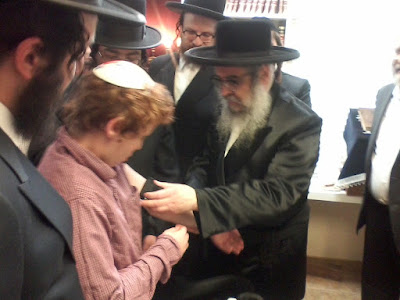 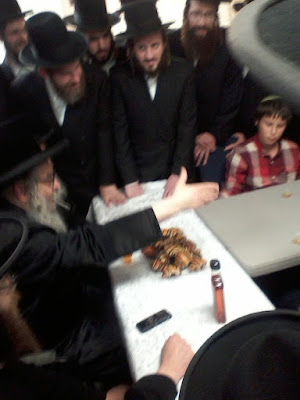 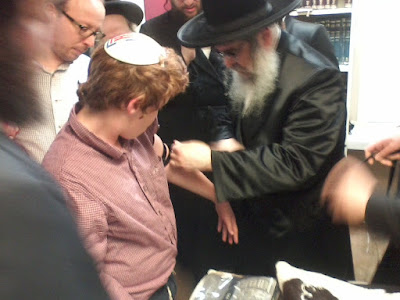