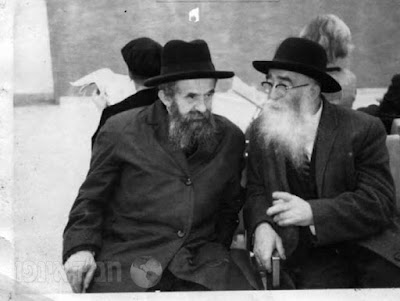 Reb Zalman was born in 1903 in Brahin, near Chernobyl, in White Russia. His father was Menachem Mendel and his mother was Nechama. His mother was the sister of Rabbi Menachem Mendel Gluskin, a Chabad Rov in Paritch, Minsk and Leningrad. His father Reb Menachem Mendel was a chasidisher yid with a very warm heart. His kindness was known throughout the community, including Samarkand, where he lived until his passing in 1942. In 1924 at the age of 20, his father suggested he go learn in the Lubavitcher yeshiva in Rostov. The Frierdiker Rebbe accepted Reb Zalman into the Yeshiva. In 1925 he attended the Frierdiker Rebbe’s Purim Farbrengen in Leningrad. It was there that he first saw the Rebbe. He was close to Rabbi Chatshe Feigin the yeshiva Mashpia. Eventually Reb Chatshe appointed him to work for him as his secretary and to administer several underground yeshivos. In 1928 he married Brocha Futerfas, sister of Reb Hendel Lieberman and Reb Mendel Futerfas. During the 1930s the couple and their three children lived in Charkov. In 1938 he was conscripted into the Russian army. In 1941 he moved his family to Samarkand. In 1949, Reb Zalman and his family were sent by the Previous Rebbe to Melbourne, Australia. Reb Zalman founded various Chabad institutions in Melbourne including a boys elementary and high school and Beis Rivka for girls. In 1967, he founded the Yeshiva Gedola, which is a thriving Lubavitcher yeshiva for students from across the globe. On Yud Shevat 1970, the Rebbe honored him with the recital of a פסוק in conjunction with the completion of Moshiach’s Sefer Torah. The Rebbe wrote that he gives him this honor because he is the Mashpia of Chasidus for Australia. A few weeks before Gimmel Tammuz, 1991, Reb Zalman said that his Shlichus had ended, and indeed on Gimmel Tammuz 1991 his נשמה returned to its maker. 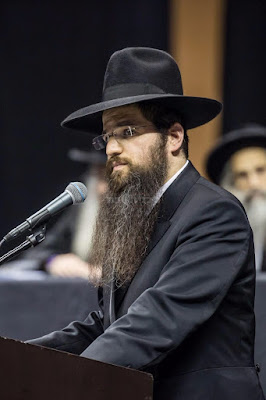 This is too good to be true. Well, almost. But apparently it is. They brought in some policeman in a Yeshiva to lie to the masses. He did a number on them. Crocodile tears and all. Crying about 5 bochurim that were either forcefully or cunningly taken to the טמא'נער צה"ל. The problem is he's no Rosh Yeshiva, as they claimed he was. The Yeshiva exists, to some extent, but the bochurim are fictitious. I said my piece about the whole shindig. This just solidifies it. 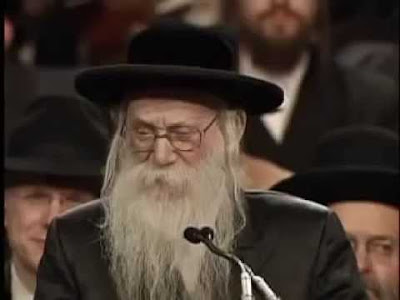 I spoke to a friend who spent time with Reb Fishele as a bochur. The man's father knew RFH from the Old Country. He always spoke very highly of him. I was the one who informed him on Motzoei Shabbos of the passing.  His first words were: He was a Yid who never stopped bemoaning the fact that chibas Eretz Yisroel was torn from the fiber of Haredi society. then he went on to more traditional statements, like the fact that he knew all Sifrei Shu"T. Big gaon in Kabbalah as well. That he worked on all 40 Sifrei Rishonim that were published by the late Rabbi Chaim Moshe HaCohen Blau. Then he made a statement that most of you would not be כלים for, so I won't repeat it. I found it very telling. That a traditional Chassidic talmid chochom gaon of major proportions was to be remembered like that, first and foremost. I guess we know why that happened. As a former talmid of his son in Spinka Cheder I suppose I benefited from him as well. At least via kli sheni.

I suppose I should post this slready. It's been weeks. I can always add on later.
Posted by Hirshel Tzig - הירשל ציג at 7:32 PM 154 comments: