Go and try to explain to a non-Chossid that the man who stood for hours, until final illness no longer allowed him, to refill the Rebbe's becher was none other than the late Rosh Yeshiva, HaRav Reb Mordche Mentlick, o"h. That the awe with which he stood before the Rebbe pouring the wine was difficult to describe. That he wouldn't give away that "job" for the world. 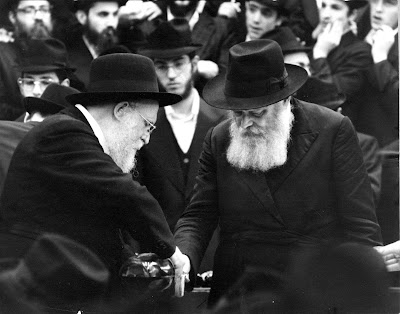 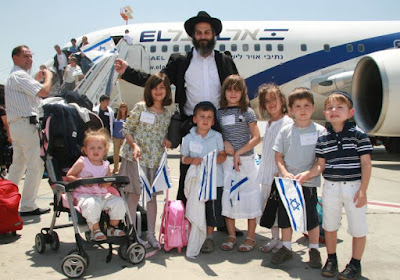 I'm asking a question here, not necessarily jumping to conclusions. I'm not sure about this but it's my gut feeling that some new "issue" is starting to be created under our very noses. It's called chesed Kalev, for French Jews going to Israel. Now that חסד לאברהם - founded by the late Skulener Rebbe, zt"l, איז שוין עליו השלום, we're left with kind of a lull, or a void, in the business. People have time and nothing to do with it. Now I see a new consortium of charlatans are ringing a bell on France. That the French Jews who are making aliya are going to go frei because they're going to go to secular or Religious-lite schools in Israel. It also gets an anti Zionist flavor, which gets the zealots on board; that the Zionists will not let you go to frum mosdos in Israel. As if the Frenchies are semi invalids coming from a non developed African country with pea brains that can't make decisions regarding their kids' schooling.  I see R' Zalman Leib Teitelbaum from the more-extreme Satmar faction signed on to this, not his brother who hates this baloney, plus he has no love for Skulen. וד"ל.  The Hamodia quotes Reb Chaim Kanievsky who supposedly tells people to rather go to official secular mosdos than mamlachti Dati! What a statement!!  Going to secular vs. a place where you say Krias Shema and put on Tefillin! The old juvenile Bnei Berak talk. It must have been taken out of context. They claim that the Kalever Rebbe, may he have a רפו"ש, placed 4,000 kids in to Charedi mosdos. That's almost as big as the whole skverer chasidus!!

How true are the words of the announcer prior to the actual words of the Rebbe! How מיר נויטיגן זיך צו הערן דברי חיזוק פון א מנהיג ישראל. And words of חיזוק were heard on that day, as you will hear. 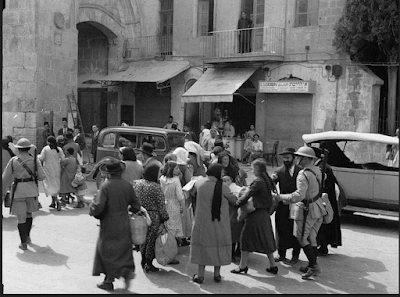