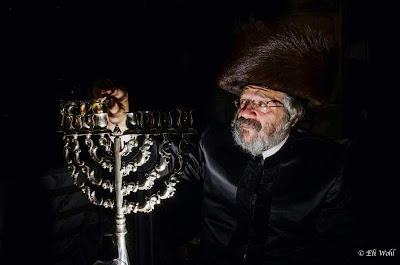 A Ksav Yad Kodesh from the Lubavitcher Rebbe זי"ע that explains why sometimes Roshei Teivos from well-meaning people go against the idea and can hurt the cause. 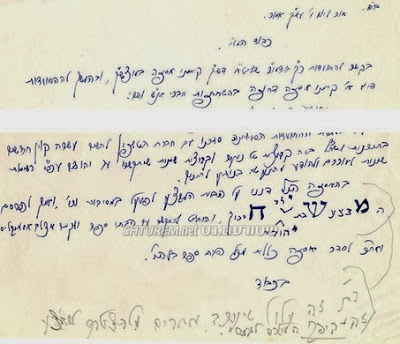 Interviews with Roshei Yeshiva and askonim 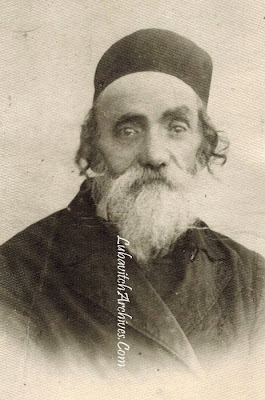 I'm gonna throw this out there and see if it sticks. Today is the Yohrtzeit of RYY of Avrutch, grandfather and namesake of the Frierdige Rebbe and son of the Tzemach Tzedek. He was married to Chana, daughter of Rav Yaakov Yisroel of Tcherkas and, you might say, defied his father and went to accept a rabbonus and a derech against his father's wishes. He became a Rebbe b'derech Tchernobel. Chabad-Lubavitch archives, publicized, via their FB page, a picture some time ago that has an inscription that reads "Itzhak-Joseph Shneerson." Can it be that the picture is either of the Avrutcher or his son Reb Nochem Dov? Here are the תולדות of the Avrutcher from Heichel HaBesht. באדיבות קובץ היכל הבעש"ט 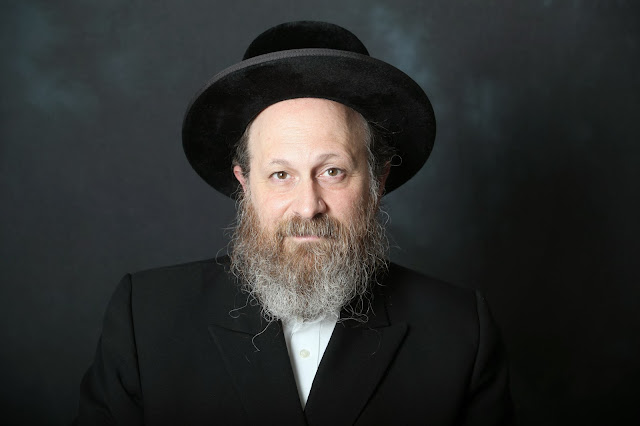 First of all, thank you to Reb Hirshel Tzig for publishing this guest post so that I can share some information and thoughts about my rebbe, Rav Moshe Weinberger, shlita, who I see as one of the greatest mashpi'im in our generation. I do this with the recognition that although it is absurd for an ant like myself to "explain" Rav Weinberger to those who are not yet familiar with him, the comment section of Reb Hirshel Tzig's recent post about the inspiring Rosh Chodesh Kislev farbrengen held at YU convinced me that many Circus Tent readers may benefit from some additional insight into this very special Rav.

My biggest hurdle is, as Rav Weinberger said about Rav Kalonymous Kalmish Shapira, Hy"d, the "Aish Kodesh," at that tzadik's hilula a few years ago, is "For those who are not yet familiar with his teachings, how does one explain that this [is] not 'just another rabbi?'" The only way for readers to truly get a sense of why Rav Weinberger's teachings are so vital for our generation is by listening to at least one series of his shiurim. I recommend starting with one of the series of shiurim on the teachings of the Baal Hatanya, Bilvavi Mishkan Evneh, or Rav Kook. You can also read some of  his recent Shabbos morning drashos on my blog here. Nevertheless, I will try to hit a few roshei perkaim and point those interested in learning more toward some helpful sources.

In terms of format, I will address the topic by responding to many of the misimpressions expressed in certain of the comments to Reb Hirshel Tzig's post according to the categories listed below. In doing so, I am intentionally looking past the profound bizui talmidei chachamim, smallness, and ignorance in which many commenters enclothed their "analysis." I'm also numbering the paragraphs so I can refer to the paragraphs in this guest post if a comment raises a point or points I've already addressed here either explicitly or implicitly. Life is short. Here are the general types of comments/"complaints" organized by category:
While I have not addressed every point in the comments, I hope that by addressing many of the categories of such comments, I have at least provided a few ma'areh mekomos for those who are interested in understanding and exploring Rav Weinberger and why his Torah resonates so deeply with our generation.
B'virkas kol tuv,
Dixie Yid (email subscription and Twitter links)
Posted by Hirshel Tzig - הירשל ציג at 12:10 PM 91 comments: 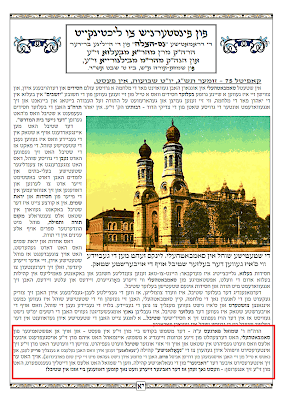 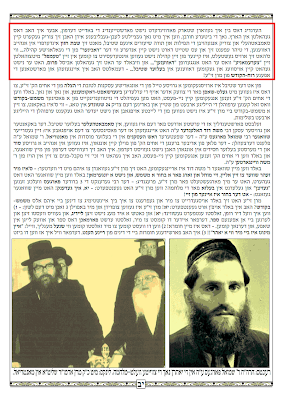 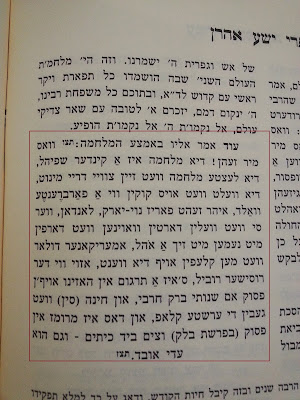 I wonder what the late Ponovizher Rosh Yeshiva would say about his good friend the Satmar Rov and the new "hag" that his Chassidim made. Is this too a חג שבדה מלבם? Is it as bad as י"ט כסלו? Are these הלכות as good as Reb Meshulom Roth's פסקים regarding saying הלל ביום העמצאות? 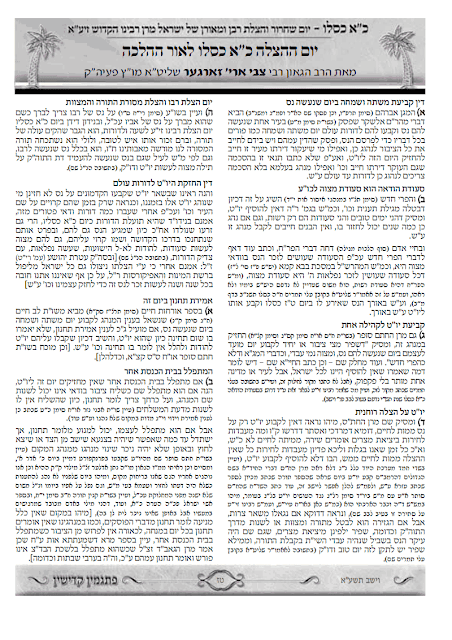 It was good for "business" so he went with Degel, but his heart wasn't in it... Oy, how much nonsense in one letter... 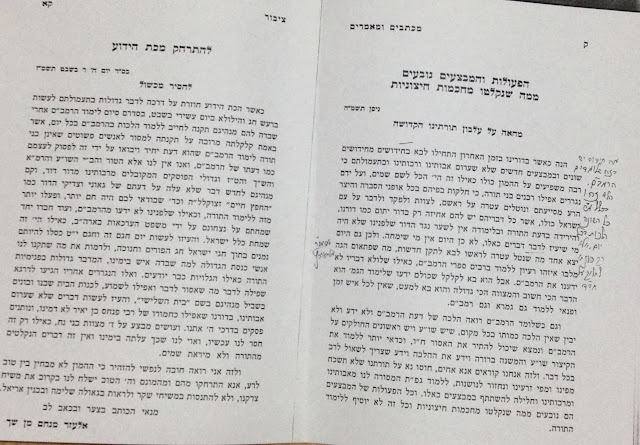 happenings at YU with @Hamashpia 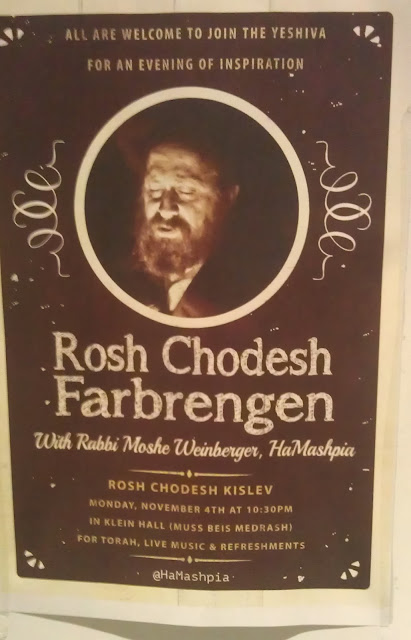 "Farbrengen with the Mashpia"

Sources from the farbrengen tell me it was an unbelievable sight. Dancing with a jam-packed crowd singing the Rosh Chodesh Kislev niggun! The air was electric. The crowd was estimated at 200 people!

From a new sefer by Dudi Zilbershlag about the Sereter Rebbe's days in Belz, which ended a bit soon with his divorce. We learn two nice things here (actually, we already knew the first thing, but it's nice and reassuring to see again and again: That 1) not for nothing was he called the Ahavas Yisroel, and 2) that the Belzer Rov (מהרי"ד) was no zealot, as some, ahem, would like to portray him. 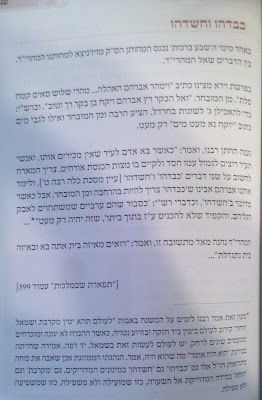 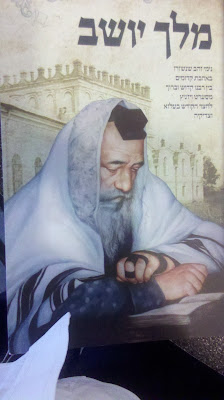 So Rick Jacobs, URJ President, was a guest at the Kinus HaShluchim Banquet last night. Now they have what to speak about at the AI convention later this month.

Lubavitch sees it as a major "כיבוש"

The keepers of the faith see all their issues with Lubavitch as being vindicated now. They were right all along; Lubavitch is "outside the pale." I guess they'd be right if this Hungary, circa 1869. But Chabad didn't order a table at the URJ's annual convention, it was the other way around, as far as I can see. But who knows? Maybe I'm wrong. Maybe they were wrong for inviting him. Maybe it sends out the wrong message. Maybe they never asked a Rov. Or maybe it's the Hungarian in me talking  - we're very allergic to Reform, you know - and doubting positive action. The jury's out on this one. But then again, if you do NOTHING nobody will EVER criticize you. Nothing positive or constructive, that is. Like this next news blurb: 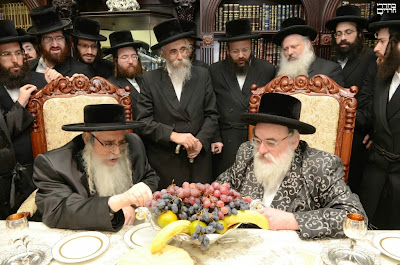 In other, more important news, The Sanzer Rebbe visited the Vizhnitzer (Mendel) Rebbe. Hands were shaken, wine was poured into silver goblets, and mounds of grapes, both red and green, were served. The Rebbetzin's yummiest lemon meringue pie was served on her finest bone china. A few anecdotes about deceased grandfathers and maybe even grandmothers were exchanged, and parting words were said, with eyes rolling in ecstasy. According to some people this is how REAL Jewish leaders should be spending their time, not trying to affect actual change in Judaism. This is what Rebbes should be doing with their time. 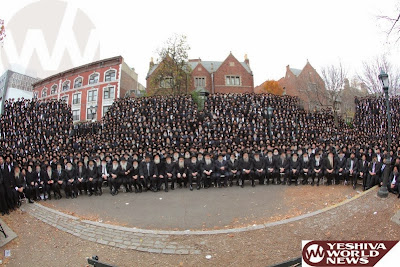