How come כל צרוע וכל זב (excuse the expression) gets his or her shiurim on קול הלשון but Chabad is TOTALLY blacklisted?

All I see in Hebrew is some Shiurim in תניא from Reb Itche Mayer Morgenshterin, and in Yiddish we have some shiurim from one Reb Menachem Erlanger. B'kitzer, if there is Chabad it's from non-Chabad sources.
Posted by Hirshel Tzig - הירשל ציג at 11:53 PM 55 comments:

Tiferes Lebunim - Special Gilyoin
If you haven't much time you can go straight to page 9...


A letter from the Lubavitcher Rebbe, זצוקללה"ה נבג"מ זי"ע to Reb Yitzchok Dubov of Manchester, England, where among other things he speaks about the יום סגולה ל"ג בעומר, where to some people it's just another day.... See 'אות ה - but the Rebbe is מלמד זכות on them too, I guess.

Yes, you אויפגעקלערטע חברה, it is! But the truth is, it's not about Lag BaOmer, now is it? You just found a topic you think you can be right about. But you have general issues with the veracity of Jewish customs and laws. 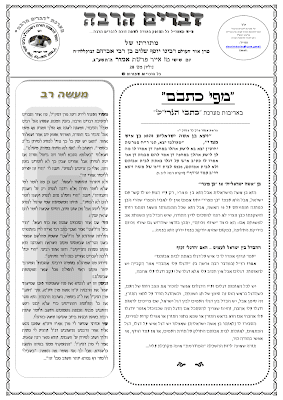 It's depressing to watch - these are our leaders and these are their solutions....

Watch it here, (for non-Youtube users)

The first depressing thing is that N Gottlieb is still on the warpath, not with blogs and such, but with clips and leitzim. It depresses you because who knows what he'll force these poor Rabbonim to do. Nobody wants to be left of this "historic" asifa; they think this is Mihalovic, 1866. Then there are the "brilliant" solutions that some of them offer ------ מה נאמר ומה נדבר, it's poshut embarrassing. But Gottlieb is persistent, he's terribly embarrassed that he even, nebach, has to speak about such lowly things at these meetings, but he's doing it for all of us, he's saving our generations. הצלת הדורות. Don't get me wrong, there's a problem and we need to deal with it, but it's not very reassuring to see what is being done. Maybe the Litvishe Rabbonim asifa will have better solutions. Let's hold our breath and see.
Posted by Hirshel Tzig - הירשל ציג at 1:29 PM 37 comments:

They write papers about Satmar too 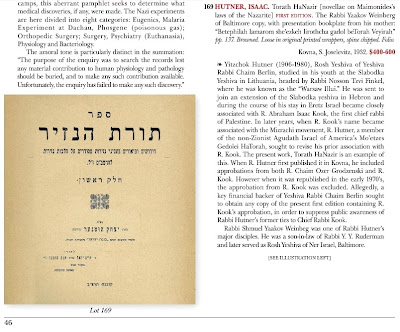 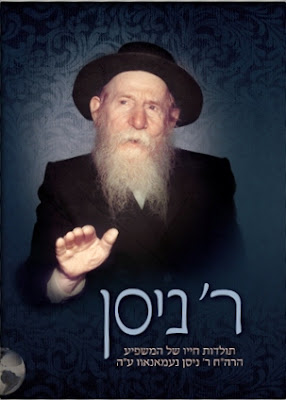 Chassidim and their funny beliefs...

FYI, "אדמו"ר אור ישראל מסטאלין זיע"א" was born in תרכ"ט, which made him all of 5 (!) years old at the time of the story. By the way, Reb Hirsh Margolis was the elter zeide of Dov Eliach, mechaber of ",הגאון" and no fan of Chassidim. Funny how these things work. 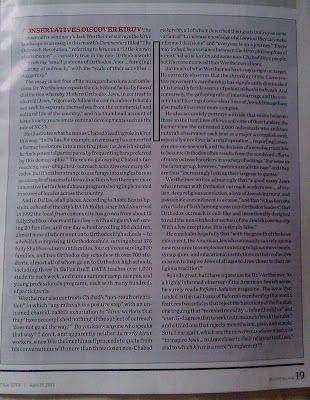 That's just too bad, Eytan. I realize that to get in with the Mishpacha crowd you need to get on the Lubavitch-bashing bandwagon, but you should've sat this one out, Eytan'le. Some things are best left untouched. DATA and the wonderful kiruv work they do, not withstanding.
Posted by Hirshel Tzig - הירשל ציג at 9:21 AM 38 comments:

The Boston attack in pictures

Thanks to he who sent it to me. Pretty simple stuff. How come the police and other security personnel can't see what others can?
Posted by Hirshel Tzig - הירשל ציג at 10:50 AM 10 comments: 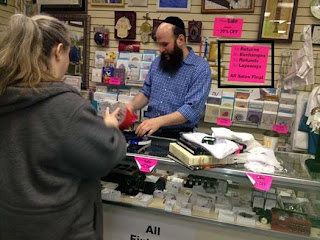 It's a shtikkel problem with Heimishe businesses. They cry about people going to the big department stores or buying online, but they do nothing to change their policies. Look at that big ugly sign right behind the cashier. yuk. At least make it less conspicuous, so that I don't think twice or three times about buying in your store. My G-d! It looks like a disclaimer before a risky operation or a non-FDA approved drug. I realize that it's a small out-of-town community, but still. Isn't it supposed to be a "shlichus" venture? Try and be a little nicer and you'll see how business will improve.

Reb Yoel Kahan explains the Chassidic approach to "קנאות" and such 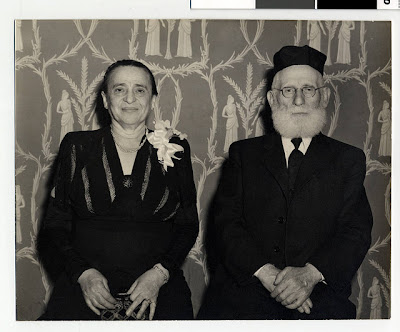 Known in his St. Paul Lowertown community as "Der Roiter Rov" (the Red Rabbi), Rabbi Hurvitz lead the Sons of Jacob and Adath Yeshurun congregations from the 1910s through the 1950s. Though he was a traditionalist, he consciously used both English and Yiddish in worship and congregational gatherings to help validate his immigrant congregants sense that both languages and the cultures they represented were of equal importance in their new home.
Posted by Hirshel Tzig - הירשל ציג at 6:43 PM 9 comments:

Click on the middle of the bottom bar to rotate the file
Posted by Hirshel Tzig - הירשל ציג at 2:11 PM 17 comments:

Confessions of a מצוה טאנץ attendee.... Maybe it's time to retire that practice? 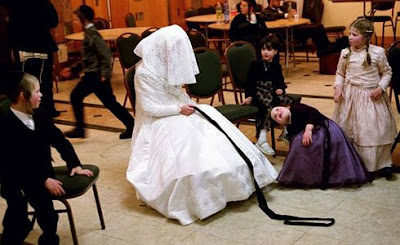 I have read your blog since day 1 and comment on almost every post that I have something to add. I have to confess I recently attended a mitzva tantz, and a saw the real dilution of a concept that once was holy and pure, and how it's become a show, no better than bringing in the kallah to the men and all the bochurim singing eishes chayil to her... Yet the people who practice these tentzlech would never, ever, ever bring the kallah in to the men during dancing... so I thought: where better than this choshu've blog to write about it?


The father of the bride, a pseudo talented shnook, decided that it is his night, and he will suck up all the oxygen of the night, plus he has a young father that is nebech stricken with a terrible disease R"L, and a shver that nebech suffers from another debilitating disease R"L - the shver too is very young. The people are anoshim p'shutim with lots of Emunas Tzadikim and Emunos T'feilos... strange combination of Shtreimlech, thick Gartlech, but super baalbatish at the same time. For obvious reasons I cannot be more graphic than that. Now to the point; the father called up his daughter the bride to his mitzva tantz with a prepared booklet of grammen that he prepared on his own, and begins his performance. He spoke of many things, from the crying for his father's refua, which these fools believe that Mitzva Tantz is the holiest time of the year and can "po'el alles gits" at that time... Forget about all the days of Tishrei or Seder nacht.... and then he went on and on how much he loves his daughter and how much he loves his wife and how great she is, on and on... I haven't the pen nor the vocabulary to describe the deep romanticism that was displayed there - and besides, this is a frum, family blog.... - all in front of a big family from both sides.... Then the dancing started with the daughter in a nice beat, with crying and hugging, then danced around her and hugging again .... the crowd was mesmerized by this spectacle...obviously the cheap jokes started flowing and still are till today.... The women almost ran out of tissues and the badchen had a nice, long cigarette break... so Reb Hirshel, this is the future of these events for the upcoming shnooks of the baalbatish new generation? not by New Square or Vizhnitz-Monsey families... but It will be the norm in a certain segment, which is already not small and gets bigger daily, לדאבונינו. So does the Rav of Shopron the Baal "Toras Alef" guarantee that no Hirhur happened that night?
Posted by Hirshel Tzig - הירשל ציג at 2:42 PM 53 comments:

Just for a day I wish I was Lipa