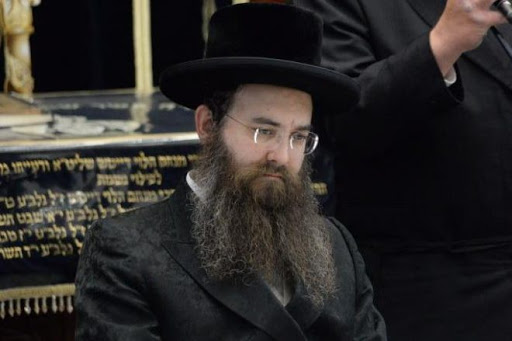 So if we're to believe the Israeli frum websites and the Whats app chatter, the rumors were true. Son # 5, Yitzchok Yehoshua Heschel Friedman is the new Sadigerrer Rebbe of Bnei Brak. This at 23-24 years old and two years after his marriage to Ms. Sternbuch of Antwerp. Most of us did NOT see that coming. Those that folowed Sadiger at a distance were made to believe that when the time came it was to be his Rebbistive for the taking. The reyd on the street was that the Bostoner Rebbe from Boston hit the jackpot when he made the shidduch with Sadiger and that his son-in-law would naturally be the Rebbe of Sadiger when the time came. When we heard the rumors we could not believe that a father would do that to his son and basically embarrass him like that. But it was his choice to make by virtue of him being in charge for these seven and a half years.
But one of two things happened here: Either the ones that are "in charge" of the chassidus (huh?) told the Sadigerrer Rebbe that he cannot name his oldest son - Mordechai Sholom Yosef = מש"י  - as successor because then all that they've worked for all these years all these years will collapse. As one Sadigerrer I spoke to said: He made it into a brand name - מותג - and it would be in danger of crashing down. I'll be the first to admit that I don't know why his being Rebbe would do that. Or, maybe he takkeh isn't worthy of the position. The skeptic in me says it's likely reason number one.
There seems to be plenty of resentment among the younger generation in Israel against the royal family - as crazy as that seems. This, from seeing the chatter on the interwebs. I mean, if you like the Rebbe and you're devoted to Sadiger don't resent his family because they're rich. They didn't take it from you, the money didn't come from high yeshiva tuition or forced מעמד געלט. They married rich and that's that. If you don't like it you can go to Boyan or Bohush. Chances are you'll be unhappy there too.

Young Shia seems to be the only one who bucked the Sadiger trend and decided on his own to carve out his own little path. Even his younger brother pretty much toes the line. We usually like black sheep here at the Circus Tent, but maybe if he'd have become a Litvak or a Breslover. Stam to let your peyos hang out and try to look more generically Chassidish because you're always looking over your shoulder at the Rebbishe types with the white socks? Meh. But it seems like that's what the Sadigerrers want as well, judging from the chatter and the happenings today in Gutmacher Street.
We like to look back at recent examples of such explicit tzava'ahs from Chassidishe Rebbes to NOT have their oldest sons replace them. Toldos Aron, for one, although there they were told to vote on it and take one of his children or איידעם. Maybe Reb Avrohom Yitzchok Cohen knew how that would turn out, so he decided not to hurt his son by NOT naming him. If the people vote on it then they shall have their way. Besides, Toldos Aron was also created by means of a vote after Reb Are'le Rot's passing, if I'm not mistaken. Even if it wasn't with an official ballot box they did vote with their feet there in 1946.
Interestingly enough, it was a Lubavitcher with Rizhiner connections that reminded me of the fact that it was the Tzemach Tzedek that said that he wanted his YOUNGEST son, the Rebbe MaHaRaSH to take his place in Lubavitch. He was disappointed to think that the Rebbe of Sadiger's will may not become law there. Yes, Lubavitch wasn't to where most Chassidiei Chabad traveled after the Tzemach Tzedek;s histalkus in 5626, but in the end we see why it was davka the MahaRash that needed to take over.
Back to MeSH"Y:

צר לי עליך is what came to mind when it seemingly was made public that it was Shia's for the taking and not מש"י. I was hurting for him when I heard this and decided to put keyboard to web page. Here he was told all his life and was made to understand by history that it was his position to lose - and then this ambush. Personally, if I was the one advising Shia I'd tell him to play hard to to get, to say that he was not doing this to his family - that he's not worthy. He'd get back on the plane to Antwerp and sit back in Kollel. Just like in Ger in 1948. This would work wonders and would make him even more appealing to the Sadigerrers. The rest of the Rebbishe branzshe would watch and be amazed by this strange phenomenon.
One chassidic observer said it best when he told me that people complain about Rebbes who don't leave clear tzava'ahs, but look at what happens when they DO! 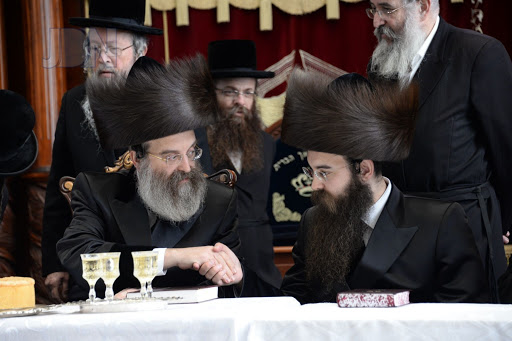 I heard the place has close to 150 families, like every shtibel in lakewood so who cares much what is happening in that place ?
Or people like a zaftige fight with a rich rebetzin involved

This is kid stuff! Instead, please enlighten all us readers with the true inside story (based on uncensored diaries) as to why Rebbetzin Nechama Dina was so insistent that the Rashag be the next Rebbe and not the Ramash, going against the wish of the chassdidm, and even embarrassing the Ramash by not granting him the spodik of the Previous Rebbe.

I feel your pain.

"In a will left to his family and his chassidim, the Sadigerrer Rebbe instructed that his fifth son, Harav Yitzchak Yehoshua Heschel to be the next Rebbe, and lead all Sadigur institutions around the world.

However, after consulting with the Rebbetzin, wife of the niftar, and with rabbonim of the chassidus, all the sons and sons-in-law of the Sadigerrer Rebbe agreed that three of the sons will become Rebbe. Harav Mordechai Sholom Yosef, the eldest son, is to become ‘Sadigur Yerushalayim’ Rebbe, his third son, Harav Aharon Dov Ber is to become ‘Sadigur London’ Rebbe and his fifth son, Harav Yitzchak Yehoshua Heschel, will be named as his father’s successor in Bnei Brak.

Shluchim and Chabad activists around the world say that the eldest son, the ‘Sadigur Yerushalayim’ Rebbe, has had a decades-long relationship with Chabad, and has expressed his support for shluchim and mosdos."

chasidus is not a numbers game.

צר לי :"two years after his marriage to Ms. Sternbuch of Antwerp"

Some Decorum and respect to the Rebetzin of Sedigere chasidim, try not to address her as Ms. Steinbach from Antwerp.

The Tzanzer chassidim worldwide are singing "didan notzach", since a Tzanzer chossid - R Osher Weiss - was one of those who decided who should be the Sadigurer Rebbe; a victory that took 160 years...

There are six sons and, let's face it, not thousands of chassidim. So my suggestion is that each son should be Rebbe for 4 hours a day.

I second your suggestion, i know a few 'rebbes' who are in 'service' only 4 hours a day! and it works out perfectly..

So let's face it!

My opinion: That מש"י שליט"א should (without fan fare) open his "own" independent shtibel and be a rebbe for himself, others will follow אי"ה . after all he "is" the true successor..

Kovner your Taanis is valid, many people before rasised similar taanis to him, but he is numb!
ein kol v'oina.

said:
To properly reply to (this) querry one needs to do much research and write a major study about Belz in Hungary, after the war etc and all the printed materials would need to be closely examined. Oral interviews would have to be conducted.At first thought, I intended to write something about Belz a subject I have read much about, but wait ...

Am I in the twilight zone, this site was created to dispel false hoods about lubavitch.Instead it has undertaken tasks similiar to the site it was intended to combat except that its targets are groups that are at odds (not in combat with) with Chabad.

Why not write a long comment about the follwoing:

1. Did all Chabad people accept the Rayaatz in 1920 ?
2. What exactly was the ruchniusdike state of the Yerushalmi Chabad comunity prior to 1948 ? Exactly how shall I say Chabad were they ? The nature o their hiskashrus?
3. Can anyone write an objective account of the fight or lack of a fight for succession in the period of 1950--1951 ?
4.Did all Russian Anash accept the Rebbe and the New paths after 1951 ? Or perhaps there were those who just "smiled".
5. Were there Chabad people who wanted a new Rebbe in 1994 and if so who were these people and who were the talked of candidates?
6. After 1967 and the arrival of the nachlas har Chabad people were there any differences in outlook between these people and the older Lubavitchers already in Israel ?There are many more fine points about Chabad history since 1920 that need objective examination ,(I am not suggesting ab initio that you talk about these issues , but since you have undertaken a major study of Belz, why not do Lubavitch first. instead of talking about Machnovke and the Belzer in Razfert and Munkatch and the Yaruslaver Rav and his late son etc etc. Let the Belzer start there own circus !
Don't Chazal tell us harotze leshakr yarhik edoso ....

HT: "They didn't take it from you, the money didn't come from high yeshiva tuition or forced מעמד געלט. They married rich and that's that"