Do we learn from history? 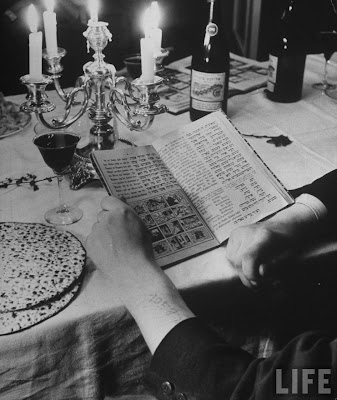 A reader writes in response to Circus Tent Good Watching:

After seeing the posted Rabbi Wein video, which was very well done, the implied conclusion is obvious; that the only guarantee for Yiddishket to survive is sticking to the "true Torah way" regardless of circumstance. However, it begs the questions :

1) At that time there were legitimate arguments made for change in order to survive, of which - in hindsight - none seemed to be the correct answer, and in fact all failed. Which means only extreme kano'us and sacrifice is the answer - which also failed most of the time. Very few of the second generation bought into it, if any. So what was supposed to be the correct answer?
2) At a later time (1930s-40s) many significant changes were indeed adapted (Torah Vodaas, Bais Yaakov, "Limudei Chol", regular use of the English language in and outside of home, including during learning; women AND GIRLS at the workplace - yes, remember "47 strit"?, institutionalized kashrus, fund raising dinners - which are constantly kashered by the MC at the dinner, referring to it a seudas mitzvah , and the list goes on... These changes contributed significantly to the rebuilding of the heimishe communities in the USA. Why was it OK at that point?
3) Are we out of the woods? While things are happening, there is no way of telling if it is successful. So will a later generation look back at us and create a documentary about our failings? How we failed to respond to the pressing issues of our time?

When I watch this video I become very emotionally charged by the sad history of our people and their struggles, which some judge very negatively. While no clear answer can be given, it seems that we only admire the martyrs that died - not those that tried.
Posted by Hirshel Tzig - הירשל ציג at 11:30 AM

The photo makes me shiver: a survivor of the camps with a tatooed number on the arm, reading the haggodoh with German translation...

I realize you're an unemployed loser that has no better way to pass the time, and I realize that my blog is quite popular and that you'd like a piece of the action, but realize this:
YOUR COMMENTS WILL NOT GET THROUGH, SO STOP BOTHERING TO WRITE!!!

Tzig, Im sure you saw this. and if you didnt here it is. Nu, we want to hear Tzigs Daas Torah (twist) on the issue.

Rav menashe Klein agrees with the Gemoroh and abarbanel that Moshiach can come from the dead. his only objection in the beginning is against those who say a dead Tzadik is alive.

Besides the fact that the Rebbe disagreed with him on this point most of what Rabbi Klein says goes against what ALL chassidim believe in.

Going to the Ohel, your own Rebbe has the potential to be Moshiach and many other things.

Rabbi Klein also understands the Rambam as the last word on what will happen when Moshiach comes which is clearly against what ALL Chabad rabbis understood. Dehainu, we follow the Ramban and not the Rambam uchedoimeh

But thanks should go to Rabbi Klein for reaffirming the belief of a Jew that Moshiach come from someone who already pased away.

to mr proud
please, please stop
as a lubavitcher i am begging u stoppppp.

We follow the rambaN and not the rambam when it comes to Moshiach
what are u talking about...
please loz op loz opet

Ramban-- yes we do , learn a little derech mitzvoisecho and maamorim -- read the Rebbes sichas and then, read What Rabbi Klein says and you'll see his understanding of the Rambam on what he wrote about, is bichlal NOT what CHassidus holds of.

Go back to the bottle

#1. nothing beats a good geshmakeh lechaim even you know that.

so you loz me op, I loz you op ober dervaileh MOshaich gait kumen and he's going to ask what did you do to bring me here.

You think they allow those that speak like that, under the livyusun?

1) I have never met a Lubavitcher or a chossid of any other group that held of the Rambam regarding Moshiach. Remember, he held of shmuel (ain bein olam hazeh limos hamoshiach ela shibud malchius bilvad)
MAL
2)Even the craziest boreinunik -- or even especially them -- have a maaleh in "tzipisa liyeshua that niether of us come close to.

Can someone please enlighten all of us as to the relevancy of Reb Reb Menashe Klien's statement to Hirshel's post? It fits in azoi vi ah Yovon bisukka.

Proud chabadsker
If the Rebbe didn"t hold from the Rambams shito then why did he say 10's of times that it is kefira to say Aschalto Dgeula on Modern Israel? the Rebbe said then explicitly, even tough there are other sources that show maybe Aschchalta as the Yerushalmi but we got to pasken according to the Rambam on the subject of moshiach

proud as ever I am his chossid said...

This ruling is going to be a major problem for Lubavitch.Makes Berger seem right.

Finally a thread raising a thoughtful subject and all we see is childish bickering. Says something about who is who.

Is there a chance to see the actual psak?