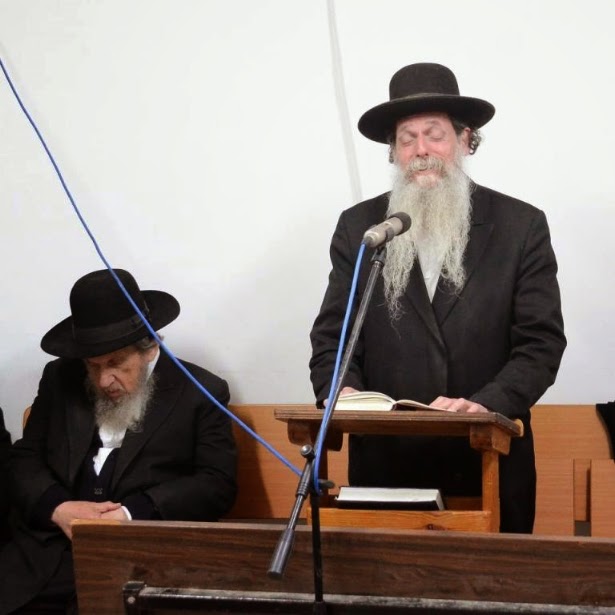 The whole Greineman clan has been in the shadows ever since you-know-who made him persona non-grata. He was a young 40-something talmid chochom who defied the establishment and told them to vote for a Charedi mayor in Bnei Beraq, not a מזרחי'ניק. After that he also didn't join the attempted lynching (for lack of a better term) of Rav Moshe Landa. So he was באזייטיגט - as they say in Yiddish, and the only way you heard about him was if you made it your business to get to know him. For those of us in חו"ל you didn't see much of him. You may have known a bit about the politics, but not much more. So I was kinda surprised about the unusual בכיות and what looked like quite sincere pain and crying at the levaya. A lot more than what you usually see. Not the standard R' Shmuel Auerbach funeral grimace, but pain and hurt. So I asked around and found that I wasn't the only one who saw it as such. Apparently the "hiskashrus" that his talmidim had to him was quite strong. Like nothing we ever see in those circles. They outdo chassidim in that sense. So much so that after יציאת נשמה one of the talmidim cried out: העולם נגמר!

huh? why do you think they look scary?
rav dov landau is scary?

not RDL, some of the others

different then some chabad "dudes"

In the heydays of the regime of the founder of the Yated, there was a policy of bending and shaping charadisim they way Maran wanted. Big emphasis was pointed towards who is in and who is out.
Every field was used to serve Marans whims. People like The Niftar, Rav Grineman, Rav Mechel Fienstien Rav Dov Landau were ostracized. The Latter Rav Landau was attacked by his old best buddy Rav Shmuel Auerbach, for daring to criticize the founder of the Yated, Rav Shmuel wanted to gain points by the regime , so he got in to a fight with his best friend. Unfortunately he tries to cash in his loyalty points and become the Godal Hadoir, and some lefty 102 year old Godal is standing in his way. Goons are on the streets fighting for enforcing his Godul hadoir title, but so far the Stira achra, is in the way.
On the list of all the Regime methods, was who is in on the back of the Frankel Rambam, the likut of achronim was listing only what the regime approved,obviously Reb Yoshe Ber of Boston Rab Kafach and Lubavicher Rebbe were out. According to the hate dogma, they were not in the Machne, but even Rav Grieneman, raised and bred under the wings of his uncle the chazon ish, was also delisted. He wrote a beautiful sefer Klula Devarde, on Hilchas Bies Habchira, written in his very early youth. Hilman OBM who was the official censor of the regime decided that Grienemn is also Oser Lovoi Bekohol. He had to be kept Mechutz Lemachna (a word I hate but Snags love to use it)
Hilamn died too young to see the sea of change in his town Benai Berak...

You are a ferd! It has nothing to do with Chabad

Anyways, he was from the biggest T"C alive, he mutzhered on every prat. חבל אל דאבדין

In the end Reb Moshe Landau is rov and he won!!!