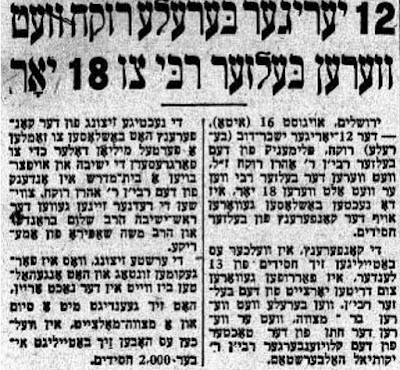 So this clipping from 1960 or so announces to the Jewish world that young Berel Rokeach, known today as the Belzer Ruv, was to marry the daughter the of the Klausenberger Rov. After a six year engagement and when he turns 18. We all know this never happened, nor was such a shidduch ever sealed. So what happened? The יודעי דבר say that this was some kind of ploy to get young Berel to shape up. It's not easy being a young orphan. His father the Bilgorajer Rov passed away when he was barely 2 years old. Being that young orphan who everybody whispers about that he'll be the leader of Belz when he becomes of age doesn't make things any easier. So they decided that one way to get him to shape up was to tell him that a suitable shidduch is being found for him, but he'll need to undergo a farher, etc., and that means that no more fun and games, time to hit the seforim. 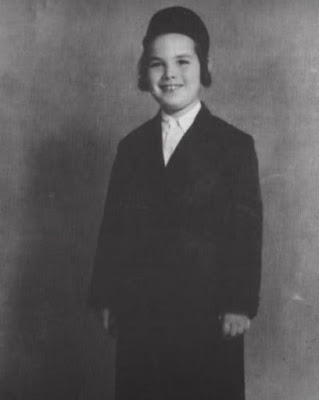 So the elders of Belz sat down and made a list of which gutte yidden had eligible daughters. They came upon the Klausenberger Rov. The good thing was that he had no bad blood with Belz, like some others did. Bobov comes to mind as one Rebbe who had.

Here's where it gets a little murky.

It seems like they pressured the Klausenberger Rov enough for him to agree to such a shidduch in principle. We all know that the Klausenberger didn't want or need yichus, he had plenty of that on his own. What he wanted from a prospective match for his daughters was bletter gemoroh, and as long as you were Jewish it didn't matter where you came from. I guess to a point. Many  - or all? - of his eidemer are from simple stock, but they passed the farhers. There was even a Lubavitcher bochur who had dreams of becoming his eidem... But that's for another time. So maybe the Klausenberger agreed to the shidduch after being pressured by a group of crusty Galitzyaners like himself provided that Berele would pass the farher just like anybody else. In the end, the Belzer Ruv married the daughter of the then Vizhnitzer Rosh Yeshiva and the rest is history. Reb Moshe'le Hager had already made a shidduch with the Skverrer Rebbe and today his sons-in-law are the leaders of the largest chassidisen in the world. Looking back, it would be hard to see that shidduch ever succeeding. וד"ל.

A search on Twitter shows you that PY Mund's Genealogy says that the two had a falling out early on in the Rebbistive, which began before he got married, and which may or may not have affected his chances at the shidduch. 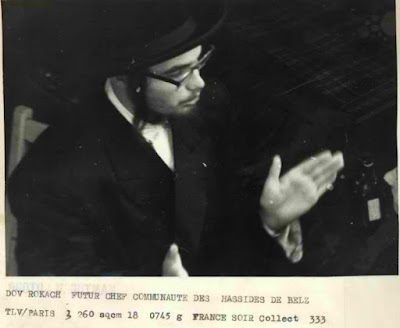 back in the saddle....as if he never left

one thing i dont understand "the two had a falling out early on in the Rebbistive" who are the two ? Belzer and Vizhnitzer? over what? Did the Vizhnitzer want Machnefker as eidim?

P. Y. Mund here: to be clear, my sourcing on this is murky - a story I heard from a Machnivker, IIRC, as I hinted, and some of the details seem off - but to answer rebc's question, I mean a falling-out between the Klausenburger Rav and the current Belzer Rebbe (around the latter's confidence, shall we say, in his status as a rebbe).

Firstly, Mazel Tov on coming back. Missed this blog and surrounding hock.

I have been told (30 years ago) that the Kausenberger wanted his future Aidim to learn for a few years before practicing as a full time Rebbe. Something that the the elders of Belez, who had spent years without a Rebbe refused to agree to.