Is this possibly an unknown picture of Reb Yisroel, the Stoliner Rebbe? 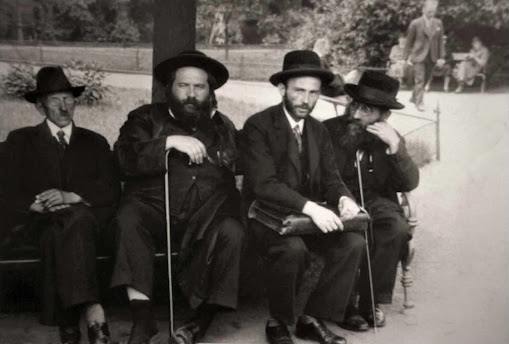 This gem was recently sent to me by a guy who noticed this picture on page 172 in the recently-published "Marienbad" by Dovid Leitner of Manchester, England. The picture has no caption. The Leitners are famous for the hotel that they ran in Marienbad, Czechoslovakia. Many of the now-famous pictures of the Rabbonim and Tzaddikim of yesteryear were taken in Marienbad and many of them feature members of the Leitner famly in them. Reb Dovid was kind enough to mention me in the foreword to the book. (See below.)

Hirshel Tzig of America. Has a nice ring to it.

I owe Reb Dovid a review of the book on the blog here after he was kind enough to send me a complimentary copy, and I hope to deliver that sometime in the not-too-distant future. Until then, buy his book here.

Back to the picture:

The gentleman on the right seems to be Reb Yisroel, the Rebbe of Stolin, also known as either the Yenuka, or the Frankfurter, as he's known among Stoliner Chassidim. He passed away on Rosh Hashonoh 5682,1921, in Frankfurt, Germany and was interred there. As is the custom still today among the Rebbes of Stolin, photography was shunned and avoided. That would likely explain why he was turning away from the camera and the man on his left may be moving into position to hide him from the camera. The photographer was also likely a non-Jew, which would maybe preclude the Frankfurter from either covering his face or even lashing out at him, as was customary, say among the Gerrer entourages of that time. Among Chassidei Karlin-Stolin it is known that he visited Marienbad. The photo was likely taken after WWI, when once again Jews came to vacation there, and close to his passing in 1921. 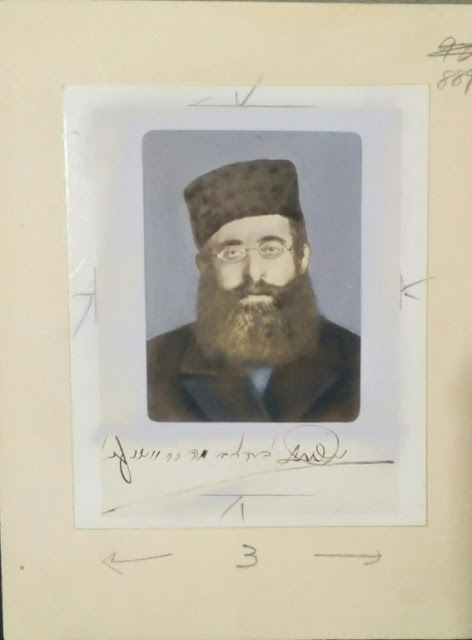 "Official picture" of the Stoliner Rebbe"

Compare the new picture with the official one and see for yourselves. I think this may be a major find! One that gladdens the heart of Stoliner Chassidim as well as Jewish history lovers of all kinds and backgrounds. Lost in all of this is the fact that the gentleman 2nd from left also remains unidentified... Some say maybe it's a Komarna personality, since they were mechutonim, but nothing more specific. 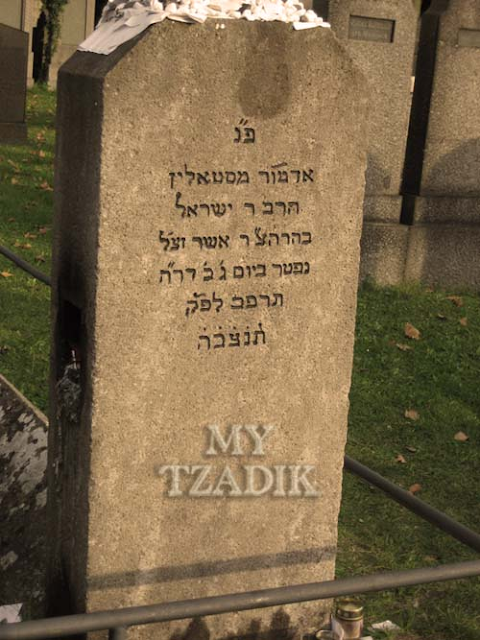 Sure looks like him. And his children. My only sofik is that he was 56 in 1921. And this man looks younger. May be one of his sons