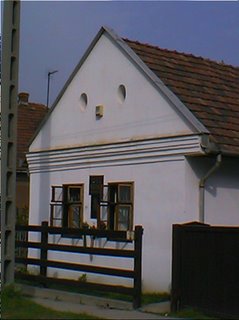 22 Sivan is the Yohrtzeit of my Paternal Zeide and Bubbe's town, Sajoszentpeter, a suburb of Miskolc.

On that day most of the town was gassed after a long trip to Auschwitz.

My Bubbe, who's parents died long before the war, would fast on that day, until her last year, ועד בכלל, for her sisters who were killed, hy"d.

My Bubbe and Zeide were reunited after the war, a very rare occurence, and were the Unterfirer for most couples who married after the war. My Zeide was taken to forced labor by the Hungarians years before the deportations and ended up as far as Vitebsk. I guess I do have some Russian connection after all....

My Bubbe was told of her husband's survival by an Hungarian Jewish soldier at the Tziyun of Reb LY Barditchever zy"a. at which time my Bubbe headed home.

Some of the more famous Rabbonim of Szentpeter were:

H'shy, you are pretty wonderful for writing this. May the great zchus of the kedoshim mushlochim b'aish protect you and yours and us all! I am not aware of the Yalkut Hagershuni being the rov in Sztp, however.

that has since been corrected.

Thanks for the kind words.

There was a ruv in Williamsbur 'Sanpeterer' his name was Kohn, I think the Kohn who was nifter in Boro Park about two weaks ago was his eynikel.Is this the same shteitel?

is that the same Machne Chaim who wrote the Tshuveh about the Shin daled?

Which tshuveh about the shin daled? The Machneh Chaim was later and better known as ab"d of Munkacs and Budapest, sometimes referred to as the Ungarischer Reb Chaim.

I think it should be noted that Chof Sivan was a universally agreed day of Mourning for the Kedoshim of Tach VeTaat. In some kehillos special slichos are still recited .