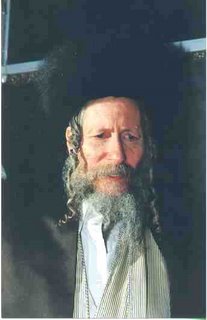 Rabbi Berland was born in 1937, in Haifa, and was recognized as an unusually gifted student even in his youth. He studied in the yeshiva of Kfar Chassidim and was very close to two of the Torah and Mussar giants of the previous generation, Rabbi Eliyahu Lopian and Rabbi Dov Yaffo. After his marriage, Rabbi Berland joined the Ponevizch kollel and later the kollel Volozhin in Bnei Brak. He was also a student of the Steipler Gaon, Rabbi Yaakov Yisrael Kanievsky zt”l.

Afterwards, he came into contact with Breslov Chassidism and became a close disciple of some of the elder Breslovers of the previous generation including Rabbi Shmuel Shapira and Hirsch Leib Lepel. His main connection, however, was to the virtual leader of the Breslov Chassidim at that time, Rabbi Levi Yitzchak Bender, zt”l.

Rabbi Berland has spent decades drawing disillusioned Jews back to Judaism. In the course of his efforts, he has brought tens of thousands of Jews back to the path of Torah observance.

Today, Rabbi Berland dedicates the majority of his time to providing guidance and instruction to the many students and others who come to his home, both day and night. He delivers a weekly lecture to the community every Shabbos after the morning prayers. Rabbi Berland and his wife, Rebetzin Tehilla Berland, devote most of their time to helping and offering guidance to the students of the yeshiva and their families, as well as to those who approach them from outside the community.

Of all Chassidic groups functioning today, only Breslov and Lubavitch saw it as their mission in life to spread both Yiddishkeit and Chassidus to the masses. With Chabad in the last 2-3 generations the concept of Hafotzas HaMaayonos was revitalized, with Breslov I'm not sure what the idea behind their ideals are, but the concept is the same, maybe minus the "bringing Moshiach aspect". Both also have made it their goal to incorporate their Chassidus into the "Kiruv" (yuk), with Chassidus playing a major role in bringing those Jews back.

Breslov (I believe) also connects to Moshaich . . . something to the extent that his fire will be lit until bias moshiach.

Mottel, maybe so, but what's the connection to working to being Jews back to Yiddishkeit?

Interesting. The bio of the rav is a PR release from his organization Shuvu Banim.
By now we all should be aware of the reliability of such comments released by an organization founded by the subject of the release.
I recall reading that Berland at some point in his life was close to the Mizrachi and Bnai Akiba.Then he joined Brtaslov.
Certainly some of the names of rabbis and institutions mentioned do not contradict this possibility. Kfar Chassidim was not a very right wing yeshiva.
As readers of Chabad publications in Israel are fully aware many of the Litvishe gedolim in Israel were close to the Mizrachi in the 1930-1960 period. This includes people in the top spiritual echelon like Rav Elyashev shlita. Rav Shach Z"L was the rosh of a Mizrachi yeshiva in Tel Aviv.
So I continue to seek an objective bio of rabbi Berland.

who exactly is going to write one? his friends from Kfar Chassidim?

Shuvu Banim is itself sort of an enigma. On one hand its involved in literally hundreds of cases of "hisgarus beumos" and gratuitous negative acts against Arabs ; and close to the Gush.On the other hand their leader is trying to cozy up with the Eda and their likes.

I think you left out smaller rebbes who are involved in the same issues Thus the Bostoner rebbe of Brookline -Har Nof R. levi Itzhak Horowitz has always been involved in Kiruv. His brother Reb Moshe ZTL and his children are also involved in outreach although in a more retrictive fashion.
Reb Shlome Twerski of denver a unique admor was also primarily a BT worker, so is his brother the Hornesteipler rebbe in Milwaukee Rav Mekhel Twerski.
In Israel I understand there are also a number of rebbes into kiruv like the Kaliver rebbe, Koshnitzer rebbe etc.

I wrote that bio of the Rav for the website I put up for the yeshiva, and the PR release was copied from that.
I consider it quite objective. I just asked around a few guys who had joined the yeshiva in the beginning, in Bnei Brak, and wrote strictly according to the info they gave me. What do you think I'm going to do, make stuff up?
The Rav did indeed grow up Mizrachi and Bnei Akiva, moved on to Ponevitch and then to Breslov.
"...negative acts against arabs and close to the Gush" are just a figment of someone's imagination. I have been in the yeshiva 25 years and I have never seen any examples of either.
"...cozying up to the Eda" works both ways. On the one hand they are the ruling body of orthodox Jewry and we follow their instructions as do all orthodox Jews. On the other hand, we do vote in the elections and accept money from the government for our chinuch institutions, but then so do Gur, Belz etc. etc. etc.

The Whole World Knows The Truth. Rabbi Berland is a big Tzadik! The Israeli evil Government (who put all of Am Yisrael to shame) have a personal vendetta against the Rabbi for many many years, because he did the worst thing possible to the secular government.

WHAT DID HE DO TO THEM? to the government?

He brought back thousands and thousands of Yidden back to Teshuva. He even brought back some of the government officials children and grandchildren to Hashem. And in their warped minds he is the biggest criminal for doing that. Chas V'Shalom.

He is a great Rav, and its unbelievable how disgusting this whole "Zionist episode" is.

May Hashem open their blind eyes and may every one of them do a complete Teshuva and may we all be zoche to the Geula Shleima B’Karov. Amen!