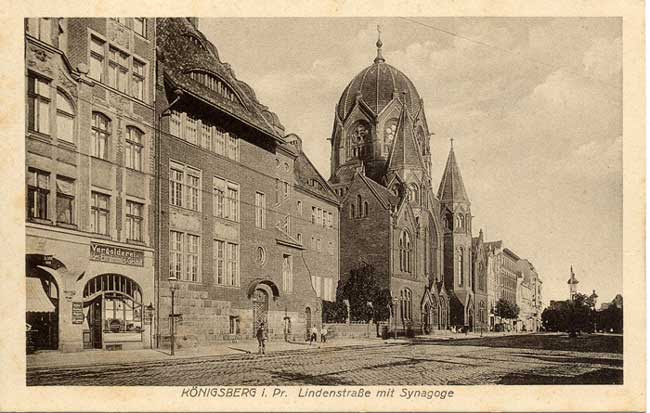 Russian mathematician; born at Salaty, government of Kovno, 1846; died at St. Petersburg Feb. 9 (21), 1876; son of Israel Salanter. Lipkin's early training consisted in the study of the Bible, the Talmud, and other religious books. At an early age he began to show a decided inclination for scientific subjects, particularly mathematics. Not knowing any European language, he had to derive his information from Hebrew books alone. Notwithstanding the incomplete nature of such sources, and without other aid, Lipkin not only succeeded in mastering the elementary sciences, but also acquired a knowledge of the higher mathematics. He also began the study of modern languages, especially German and French. Subsequently he went to Königsberg, where through the influence of Professor Rischelo he was admitted to the lectures. Somewhat later Lipkin entered the Berlin Gewerbe-Academie, and then Jena University, where he received the degree of Ph.D., his dissertation being "Ueber die Räumlichen Strophoiden." From Jena Lipkin went to St. Petersburg, and because of his great ability was permitted to take the examination for master of mathematics in spite of the fact that he possessed only the degree of "candidate," had not studied in any Russian school, and was not even thoroughly conversant with the Russian language. In 1873 he passed his examination brilliantly. His dissertation was almost completed when he was attacked by smallpox, of which he died.


Lipkin's name first became known in the mathematical world through his mechanical device for the change of linear into circular motion, this mechanism having been invented by him while he was still a pupil at the technical high school. He described his invention in the journal of the Russian Academy ("Mélanges Mathématiques de l'Académie Impériale à St. Petersbourg," 1870), under the title "Ueber eine Gelenkgeradeführung von L. Lipkin." The Russian mathematician Chebyshev had tried to show that an exact solution was impossible; and his views were accepted until Lipkin's discovery proved the contrary. This invention has been described in numerous text-books, such as Collignon's "Traité de Mécanique, Cinématique" (Paris, 1873), where it is called "Lipkin's Parallelogram."

A model of Lipkin's invention was exhibited at the exposition at Vienna in 1873, and was later secured from the inventor by the Museum of the Institute of Engineers of Ways of Communication, St. Petersburg.

Lipkin never lost his deep interest in purely Jewish affairs, as is shown by his contributions to "Ha-Tzefirah."

I guess the Litvishe-hater in you is slowly revealing itself.

Actually I found it quite interesting.

Actually Litvak, I think his point would be A) kids can turn out other than the parents and B) this doesn't detract from the parents and that C) the Litvishe world seems to have no problem with Yisroel Salanter having such a child.

But if your tunnel has only one available track, so be it.

are all Lipkins his descendants?

The Lipkin family of Chabad in Israel is not desc. from Reb Israel.
Reb Lipman died very young . Was he married? It is worthwhile checking whether the fellow in question is indeed a desc. of Reb Lippman !

I know a Lipkin in London who is a descndant, at least I believe he is. He became frum through Chabad, of course.

It would be nice to know what his father's reaction was to his leaving the Charedi fold.

Prof. Kaplan of the Hildesheimer rabbiical seminary (brother in law of rav Yankev Landau of Bnai Brak and Kurenitz) wrote a famous essay about the Maharash and Reb Yisroel Salanter. He elucidates the differences and commonalities between the 2 Lithuanian derochim Chabad and Mussar. A short but impt. essay. It would be worth reading for the younger generation of Chabad.

I don't get what's the big deal about linear to circular motion? By 1846, lots of machines existed for this, otherwise the steam engine would never have gotten off the ground as a mechanical power source. The piston moves in a linear way, various methods of attaching the piston to the drive shaft (planetary gear, sliding things, etc.) exist.

Thanbo
why not say it in laymen's terms, so that we can all understand it?