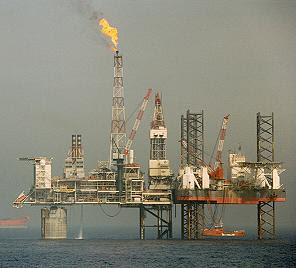 I found this via drudgereport

ABU DHABI — OPEC has asserted that oil production by the 10-member organization has exceeded global demand.
OPEC president Ahmed Fahd Al Sabah said members have been producing 30.4 million barrels of oil per day. Ahmed, the Kuwaiti oil minister, said this was one million barrels per day over market demands.
"This production is more than the market needs to allow the building of strategic and commercial stocks in order to stabilize prices," Ahmed told the official Kuwait News Agency.
Oil prices have exceeded $70 per barrel amid jitters of lack of supplies. OPEC oil ministers were scheduled to meet in Vienna on Sept. 19 to discuss production.

So let me get this straight: The price hikes (skyrockets are more like it) before Katrina were supposedly because of high demand from China, India, and other developing countries. Now they say that they have too much? Are they gonna cut production now?

Dunno Tzig. All I know is that it cost me 70 bucks to fill my tank this week. OUCH!