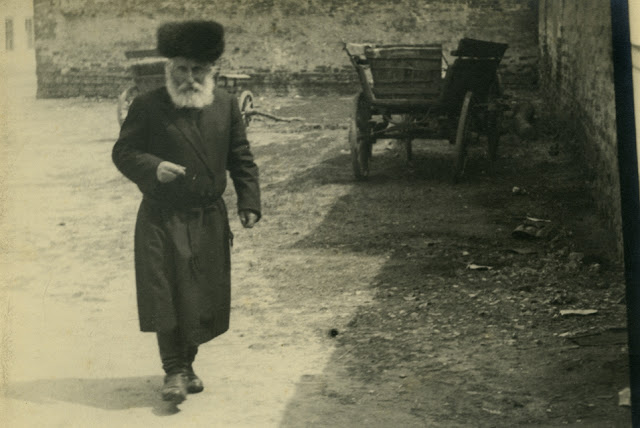 He must of know itche mier personnaly!

A short biography of the Agudah

The Agudah was conceived by Dr Breuer was modern orthodox, He had a doctorate from the university in Mainz, he viewed “participation in the Zionist movement as an implicit approval of the idea that a Jewish state can replace Jewish religious identity”, But he re-packaged his ideas.. Without disclosing his true philosophies.. And sold it by deceiving the gedoli yisruel at the time! as prevalent in the speeches and writings of the aguda conventions and without mentioning his true 'philosophies', once sold to the un-knowing gedolim it was to late to return it, because WWII broke out! And itchie mier A master in deceive was in charge of carrying on the perpetual lie! While the rabbunim left alive where in tatters from the holocaust!

3 Tammuz & nothing from Hirshel?! What should you write? I don't know... blogger's responsibility!

If you ask the holy gerer rebbe the imrie emes, he would say yes....
Hirshel, do you think you know better then him???

Dr Riesler
“participation in the Zionist movement as an implicit approval of the idea that a Jewish state can replace Jewish religious identity"
So Breuer was aorthodox jew? or some undercover mendelsonian jew?
"

So tzig /ציג did you apply yet?


The New York Times says the 'goat' mowing is clearing the way for wetlands restoration. It’s part of the development of Freshkills Park, which won’t officially open for two or three years.

The city is leasing the 'goats' for six weeks from a farmer in Rhinebeck, N.Y.

I will try and do something in retrospect.

leo : "3 Tammuz & nothing from Hirshel?! What should you write? I don't know... blogger's responsibility!"

Lubab want's to have the cake and eat it to! so all year the rebbe is alive only on 3 Tammuz he is not! (or maybe ?להיפּך)

have to get over the hangover first