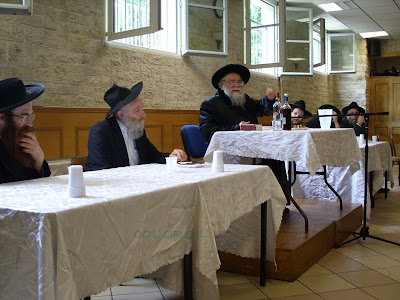 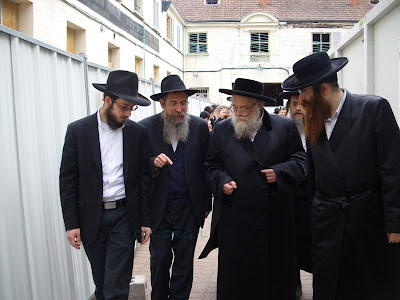 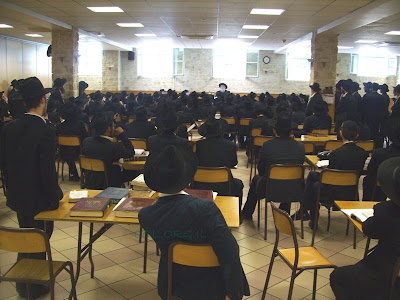 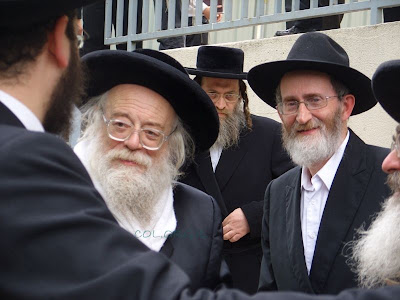 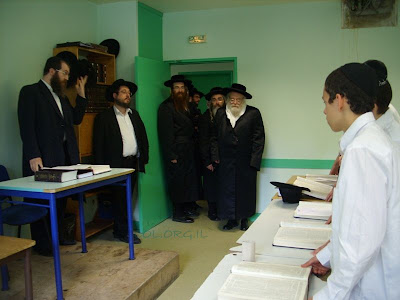 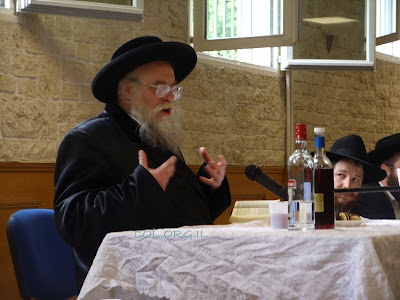 Yes
on the video of Reb Yoels Visit to him, he mentions the shiurim of Reb Yoel and Reb Mendel Vechter,
He asks Reb Yoel if he remembers which perokim tanya were learned then, Reb Yoel answerer him precisely the perek.

How far is Brunoy from Paris?

Reb mendel Vechter is a talmid of satmar ruv z"l so is his father and father in law, amazing how he became 'The lubavitcher' with a 'H' haydeia! maybe some more lubavitcher's would learn in the same 'yeshivah' he did and take wifes from the school he did there will be some more serious lubavitcher's ha what u think ?

Do Lubavicher bochurim wear black suits and hats? I was told by all chabad bashers that every Lubavicher from Reb Yoel to a Frenchie bocherchig wears jeans and sneakers from Abercombe

When did rav Arele see the Rayaatz ? In Otwock , I never knew he went further north than Galicia. Certainly R. Arele was not in Riga or Leningrad.
Perhaps in Jslm in 1929 , when they both were there ?
I think in a new children's book about Reb Arele it "takke" mentions that they met in Yerusholayim in 1929. I will check when I get home. A new sefer about Hagaon R. Gershon Lapidos of Jerusalem dispels the popular myth that rav Arele was an ACTIVE anti Zionist. In fact unlike his son in law Divrei Emunah he was a passive anti Zionist and not interested in "POLITIK"

Does R' Arele ever mention the three oats anywhere? I don't remember seeing it but maybe I'm wrong.

Schneur
"dispels the popular myth that rav Arele was an ACTIVE anti Zionist."
His son the Shomrie Emunim rebbe always claimed that his father had no particular shitohs regarding the Aguda, Kanous etc...

after losing a large piece of land in secular courts and the badatz (1972) ,the se rebbi fled jerusalem ,and forgot his kannoies...that the world made fun of his dream didnt help...

why dont u talk on the very contested will of the previos rebbi?

The truth is that all the various configurations of Shomer Emunim and Toldos Aren believe in the derech Habal Shem and are at their core completely in opposition to the YM ideaology.Look at Shomer Emunim-almost every page is filled with the teachings of the talmidei haBesht.The previous TA Rebbe was a talmid of SR in Europe but the two groups are totally different and ,perhaps,imcompatible.One is spiritual-the other primarily political.

why dont u talk on the very contested will of the previos rebbi?

its known that r aarale wouldnt go to a meeting if rav herzog was there.

Anon
"its known that r aarale wouldnt go to a meeting if rav herzog was there."
how many meetings did he go? he was no Rav or Askan?
Was he involved with Rav Duschinsky? In his time nobody looked at him, he and his group were considered as a loony fringe group. The seforim were banned by all chasidim, the only rebbe that was enamored by him, was the old Biyaler.

All I am saying is that unlike Reb JT , Rav Arele had a derech in Chassidus and anti-Zionism was not the ikkar of his group.I suspect he belonged to the eda as did the Gerer until a certain point in history. I posit that under his son in law it changed and anti Zionism became a cardinal principle of Toldos Aaron alhtough they had other points of identification as well.
Now i don't even know what these 2 groupsa re all about.
In conversation with satmar peopel i was told that even in the 1950's reb Arele people were regarded as modne by many middle class satmarer in Brooklyn.

Don't forget the important point that Rebbe Ahrele was nifter in 1947, before the establishment of the malchis harishu, so a lot of the post-establishment issues weren't that much of an issue.

Having said that, it is well known that he was a kanoi.

Rehov slonim
" r aaron of belz said he was a kodesh elyon"
where did you hear that?
He definitly never spoke against him.But his style was never use grandiose statements on no one. So please check your sources.
Not every thing that the Reb Arelech write is torah min hashmaim, and at same time I am questioning what the Chazon Ish said.

All this has noting to do what he realy was a oived hashem etc...

"
"he worked allways together with r dushinsky "
better said, he was always sided with rav dusinsky, he was no askan etc... that was not his field at all

Schneur
"In conversation with satmar peopel i was told that even in the 1950's reb Arele people were regarded as modne by many middle class satmarer in Brooklyn."
RJT and his boys worked tirelessly to rid Reb Arele and his group from towns in their region.The offical claim was that he was too extreme and a bocher of his group died from too much fasting.So he left to palestine where every Meshugaz goes.

" A new sefer about Hagaon R. Gershon Lapidos of Jerusalem dispels the popular myth that rav Arele was an ACTIVE anti Zionist"

What Sefer? I was freindly with a grandson, and would be eager to read it. Note that RGL was close to Rav Kook, so take what is written with a grain of salt.

I will get you the name tomorrow BL"N as I am at work presently.
It was purchased at Eichler's ,for some reason I don't think that my good friends the Biegeleisens carry it.It has nekudes but it geared for adults.
As for Rav Kuk (vun vemen ich halt gor stark) this sefer does not mention his name and its about 600 pages long.
Grain of salt and those who hold of the Satnarer shita and write about rav Arele should not be taken with a grain of salt ? Do they ever mention di gebrente tzaros RAR hot gehat oeszustein fun "oso Tzaddik" as Steinberger refers to him in the 1st edition of Uvda D"Aron ?