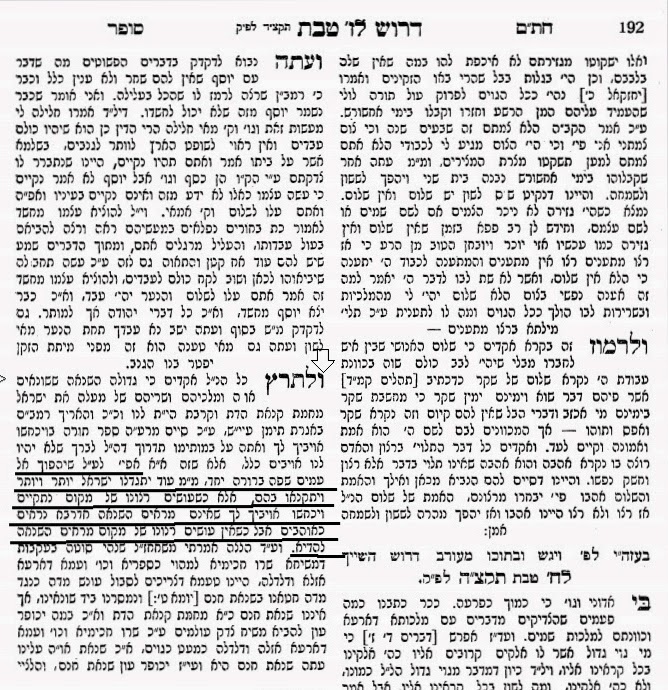 We look at today's yesterday's events in France, where one of אחב"י was murdered בתוך שאר חפים מפשע, and the haters from Jewish mothers seem emboldened. They say that it's the fault of those who provoke the beast by printing cartoons and so on. That it's no different than what the Israeli Government does, and that they provoke an animal that would otherwise sit quietly by and live peacefully. The holy Chasam Sofer says that it's not the cartoons and it's not the wall or the blockade or the tanks in Gaza. It's because they are jealous of our religion and our relationship with the Eybershter. Why those who claim to carry the torch of the CS insist that it's the Zionists that created this hate, is beyond us.
Posted by Hirshel Tzig - הירשל ציג at 1:20 AM

Isn't he writing that בזמן שאין עושין רצונו של מקום השנאה יהי' בגלוי, so the zionists that are against the torah are causing open hate towards jews.
That's according to the chasam sofer that you brought.

yes, but they don't CAUSE any שנאה

Hirshel stop being influenced from the clowns in your tent, facts on the ground don't change the instructions we were given down from Chazal,

Human nature such as jealousy that turns into hate and escalates into murder is being used by Hashem as a vehicle to punishment for those that Hashem wants to punish, that does not make any murderer right or those killed חפים מפשע

The holy Chasam sofer says that in the era of Meshaich the current Jealousy/Hate that escalates now into bad actions against the Jewish people wont disappear, it will only be silenced and suppressed

So please remember
1) Jews wait for Meshiach to be free of non Jewish governments, by Meshiach Himself establishing a Jewish sovereignty,


4) Whoever does not believe the above or does not WAIT for Meshiach to do the creation of the Jewish State is an A P I K O R E S, and listen to what the ReShab writes a warning for our days: "That even if the Hertzel plan would achieve their goal, we must not listen to them in this matter "to make our redemption with our own power"

3) any one who is ONLY in the OPINION that Meshiachs JOB may be achieved without him, is JUST
Not Waiting for Him and is an Apikoires , and The punishment for contemplating the Herzel plan is pre warned,
Please be open minded by joining the Satmers in prayers, that Hashem should not punish us because of those who are actively Non-Waiters

" יוסל said...
Isn't he writing that בזמן שאין עושין רצונו של מקום השנאה יהי' בגלוי,"
please explain, will there be Zionists after Moshiach comes, I was taught that Moshiach can not come as long we have zionism. thats the yesoid of the Shitah?
please see the Chasam sofer, he writes that there will be anti semitism after moshiach.

Yidel Warter
Are you a robot?
Hirshel you had a system not to let pass Robots in the system