Can you help identify the people in this picture? 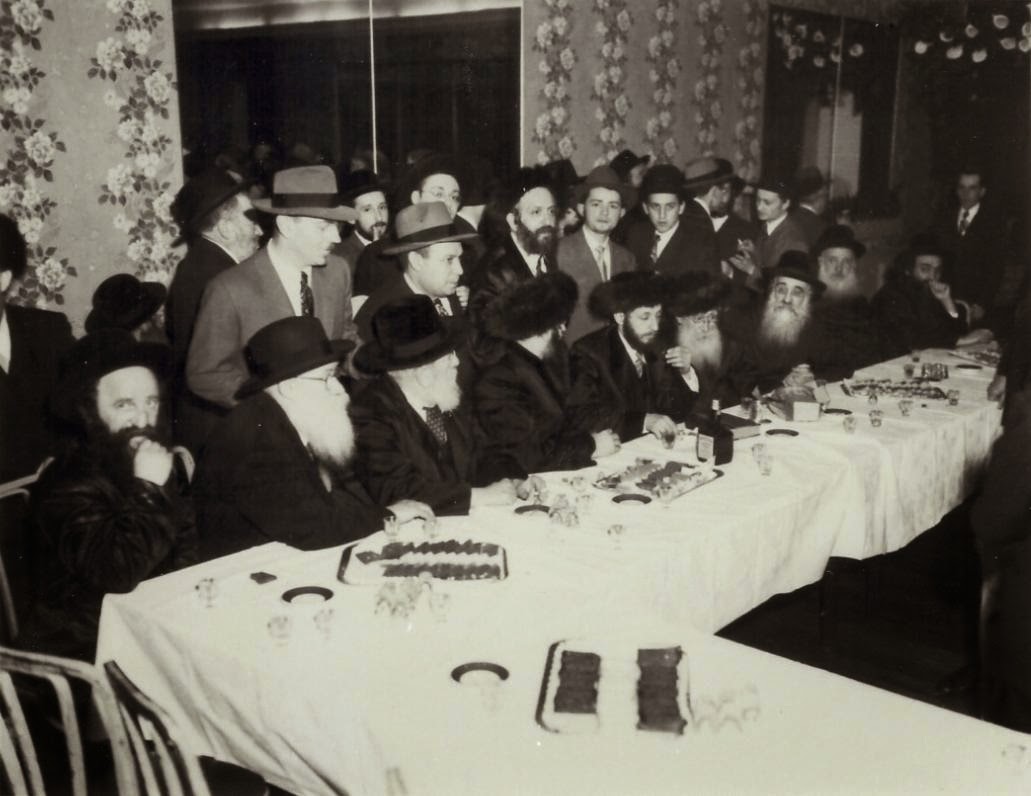 The Aliker Rebbe, the Boyaner Rebbe, 2nd right, Reb Moshe'le Schneersohn-Twerski, Rabbi AJ Twerski, at what is presumed his first wedding. His father, the Milwaukeer Rebbe stands behind him.

Who was r aj's first shver?

a Jew by the name of Yaakov Flusberg

To the right of the chussin is Bobover Ruv (R, Shlomo), his uncle.

It happened because of Oslo. Everybody knows that.
After all, they only came for kash voteven, which is the most dangerous of all.

Yankel, please explain your joke, because I don't understand exactly what you are making fun of.

Of shulchan aruch, obviously. I think yankel wants to make a deal with abu-mazen
Farkert, lubavitchers don't try to explain the aibershters cheshbonos.

Some people think that when the Shulchan Aruch says that it is permitted to be mechallel shabbos to fight a war, even when the enemy came for kash vateven, it means you are supposed to defend your kash vateven with your life and other people's lives. Alternatively they believe that the Shulchan Aruch was some kind of prophet and meant to tell you that giving up the kash vateven is dangerous in all circumstances and the halacha has decided that it is impossible that negotiation with any enemy is ever possible and the Kastner train never left Hungary and anybody who was saved on that train is just a figment of your imagination. (Goodbye Reb Yonoson Shteif.) It sounds like wishful thinking.
I know it sounds strange, but there are all kinds out there.

It's not at al the Klausenberger on far left.

The Rav on the left side of the picture looks like the Veitzner Rav. Also the second individual standing behind the Milwaukee'r Rebbe with his back to the wall is Reb Moshe Elias.

the following are in the picture
1st on left think his name is r' zobelman close to the stutchiner his son works in tiferes stam in Brooklyn, ?, r' chaim of tchchoiv, r' shlomo of bobov,choson, temashpil,boyan.alik, chust. standing by mirror r' elias,milwaukee rebbe,\. not sure of the rest