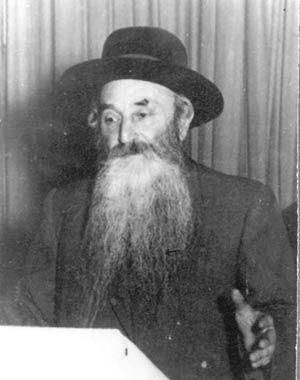 Sunday 20 Tammuz marks 52 years since his passing. Reb Chaim was intent on publicizing the שיעורים of the Alter Rebbe and having them become common practice. The Steipler would have none of it, and made it his business to "push" the newly-assembled Shiurim of the Chazon Ish, his brother-in-law. Some would go as far as to say that the "battle" was completely personal with the Steipler, and had nothing to do with being מלבן these שיעורים to arrive at the proper amounts.

Part of his life was spent in Bukhara, and he was the Rov of שכונת הבוכרים in Yerushalayim as well. While in Bukahara he published Halochoh Seforim under the name "חיים מינדילאוו", which was the only name the local Jews could relate to. I beleive he was also a member of the "עדה החרדית הספרדית", together with such illustrious Rabbonim as רבי עזרא עטייא. He was also from the first ones to call for the Rebbe to accept the leadership of Chabad after the passing of his Father-in-law. 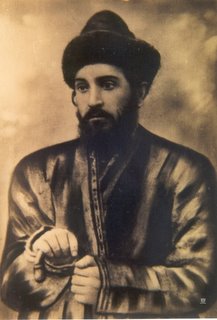 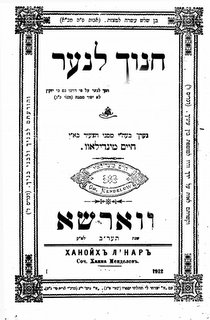 (His Sefer published in both Uzbek and Hebrew)
Posted by Hirshel Tzig - הירשל ציג at 2:08 PM

Tzig:The machloikess beshiurim goes back to at least the Nodo Biyehudas times, who's shittah is the basis for Chazon Ish .
Please lets not turn a machloikes behalocho into another personal fight

can you provide further info on relationship with R noeh and other gedolim of his time eg R yc sonenfeld etc?

His son was the gaon Rav Baruch Noe.

the real yerushalimer people are all behind reb avrom chaim shiurim and his seforim since they felt he is fighting their battle from newcomers from Europe that come up with foreign ideas,
can someone verify for me the story that in Bnie Brak they displayed the Chofetz Chaim Kidush Cup and the Chazon Ishniks stopped it in his early tracks since it was even smaller then the shiur of noe,

to my knowledge
r' noe's shiur is minhag yeruashalaim; it has nothing to do with hasids or misnageds

Any information about his kids, grandkids?
His son R'Boruch z'l edited the Luach, but I believe he learned in the Chevrononer yeshiva.Are any of his descendants connected to Lubavitch?

i am not in the know like you and some of your readers therefore the post lacks info so that others can relate to your point. You gotta give some background and explain some dynamics/history of the steipler, etc.

Reb Boruch had at least one son who learned in Chabad, but I don't know what happened to his family.