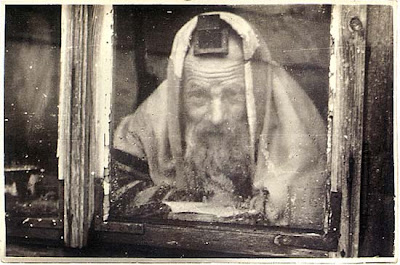 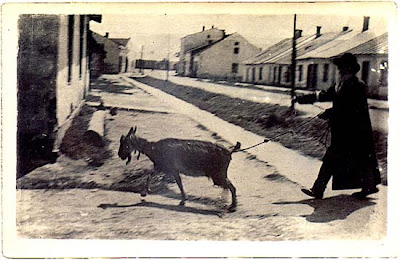 "The praying Jew was our neighbor in Baranw Sandomierski. The Jew with the goat lived by the road that led to the castle. They were poor or very poor. In 1941, when these photographs were taken, Jews had to wear armbands but still lived in their own houses. Soon, they were taken, however, to the ghetto in D~bica. The author of the photograph is Stanislaw Birecki, who, like myself, had been expelled in 1939 from the Poznan region, where there were no Jews like these." Helena Krasnodebska, Wroclaw
Posted by Hirshel Tzig - הירשל ציג at 10:05 PM