Is It Over For Me? 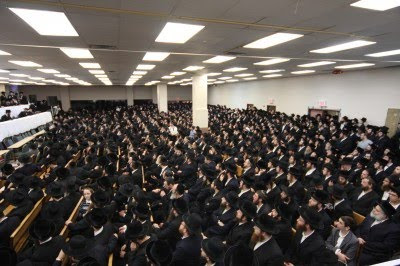 Here's what a kid asked his father after last night's Rubashkin rally in Boro Park, to which I might say that Monsey was alot more impressive, being that they had almost as many people at the rally last week, and they have a quarter of the population that Boro Park has... "Totty, will Circus Tent close up shop now that we see that the world does not hate Chabad and will do anything to save a Lubavitcher like Reb Shulem Mordche HaLevi ben Rivkeh?" I must tell you, my friends, I was taken aback by the innocent question of a child, despite the naivete. We have seen unprecedented achdus these last few weeks and months, but we've also seen some of the worst that our people has to offer, where so-called Bnei Avrohom Yitzchok VeYaakov dance on the blood of Reb Sholem Mordche's and his family, despite having no vested interest in the matter. Not that I'm here to defend RSM's honor or to attack the haters, but even this issue hasn't proven what the young child thinks it has. Obviously we can tweak things here and there, as far as the blog is concerned, but we definitely still have work to do. Again, for those of you who missed my comments about the sentencing - they appeared in the comments of a previous post - please remember this: I cry for them just as much as you do, but I have nothing left to say. I can sit here and blast Judge Reade and the prosecution till the cows come home - and the cows around here don't come home, if you know what I mean - but there's nothing left for me to say.

All the discussion here does is bring out the best in people, where you have idiots commenting here how it's all this one's fault and that one's to blame for not cooperating or for wearing a kittel to court. How much can one person take? If you don't like the way they raised money or blasted the prosecution go and do it yourself. Organize the people and glavanize the masses the way you see fit. I guarantee you don't make one tenth of what these guys collected. I'm not quite sure which crime they committed by raising money and proclaiming his innocence! Now we need to just sit there and take it from an overzealous team of witches that were obviously out to get him? Would any other ethnic or religious group take it like this? I doubt it. They have no problem defending and praising cop killers like Mumia abu-Jamal and making him a cause de celebre', but we can't defend a man who was hunted down for no good reason?! And to you baboons out there who seem to lump him together with the run of the mill white collar crooks we see today, I say: Read the history if you can, or have your wives or mothers do it for you. You may learn that you were very mistaken about what his "crimes" were. There, I've said it. I can't do it anymore. Zol der eybershter rachmonis hubben af unz allle. 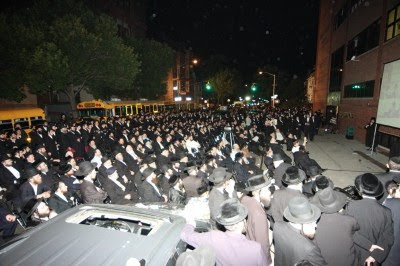 perhaps u can explain why he innocent. I read FM and it doesn't look to good,,,

Does anyone know if any of judge Reid's sentences have been overturned on appeal? She seems to have spent more that a month preparing a very detailed explanation why she sentenced him as she did.

her viciousness comes to light by discussing the autistic son

Yoshav,
The sentence is harsh, she can write reasoning till tomorrow, but its as fair as scrapping up the cattle law that was never enforced or using the Jewish Return Law for not giving SMR bail, its a travesty of justice, that Madoff the mother of all ganovim was in his penthouse till the sentencing, and SMR a father of 10 was in the slammer from day 1. The whole raid was Anti semitic, at other packing plants they were called off in advance but in Agri they needed the black helicopters. since the "Rubashkin are famous Murderers",as they kill every night the poor people in the Crown rest. on 13th ave.by serving free meals.Putin also uses the law when he is in the mood.

1)...did he embezzel $27,000,000 to live a luxery style life... 2) why didn't he accept the plea bargin as suggested by the munkatcher rebbi? 3) this week billam and balak make peace because of common enemy(israel) , also deri (oslo agreements) and r y. Yosef (chabad-settler) make peace (commen enemy-ashkanasis)

Tzig i feel you pain, and so do many thousands. But I guess we shouldn't confuse pain with fear as R Getzel Rubashkin so eloquently stated at the boro park rally.

You do know Mumia will almost certainly eventually be executed so long as he doesn't die in prison first, right? Perhaps that campaign shouldn't be our role model and perhaps those of us who see this campaign as a step in that direction might have a point and not just be haters.

"Totty, will Circus Tent close up shop now that we see that the world does not hate Chabad and will do anything to save a Lubavitcher like Reb Shulem Mordche HaLevi ben Rivkeh?"

So you already "train" your son with your bs kool-aid?
As if Chabad has absolutely no responsibility for alienating themselves from the rest of the frum world,eh?
As if your own rabbonim are not into Yechi? I just watched a video on Chabad.info with the ruv of Kfar Chabad
As if you see no problem with targeting young children to join Lubavitch behind their parents backs,eh?
You are such a kool-aider, schlepping your own little kids to rough it up in a cemetery over shabbes, in the wierd name of "hiskashres".I wonder if they even know that you daven to the Aibeshter and not to the Ohel.True "doresh el hameisim"
You are a real example of someone who drank the kool-aid and is now looking to feed this poison to others.
Shame on you.

Yechiel,
I'm bothered that your parents never realized that you had a learning problem and didn't enroll you in a special school. We could've maybe saved you.
Another soul lost.

you shouldn't be reading FM.

Yoshev HaArets are from Peta or KKK shame on you

i live in jerusalem and worry more over emanuell than rubiskan. we have no internet at home ,like slonim because of chinich (it's reqquired by the schools- like slonim). 2. Of course i shoud not look at FM, Tzig, you don't look? 3. Without bail is terrible, maybe they hashsh a repeat monderovitz(my neighbor).